Greetings -
Today is the day… I know I’m going to need A/C, so the GF needs to share the same small window. Plus, in my excitement to get the GF this winter I just bodged together the venting, with the AC Infinity T6 of course.

Let’s get this mess out and get to it. 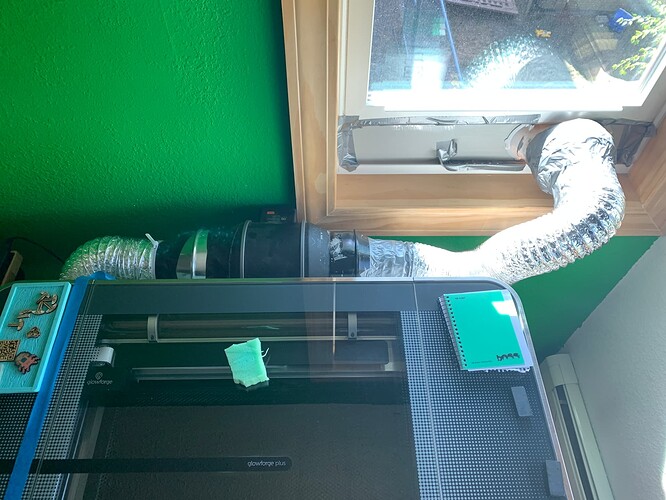 I have an old portable AC as well as this one, so I got that duct stuff, and the set I use now, and one other set I found in a dumpster, like new. So with three sets I’m sure I can make this happen. I mean, it’s not plumbing after all… 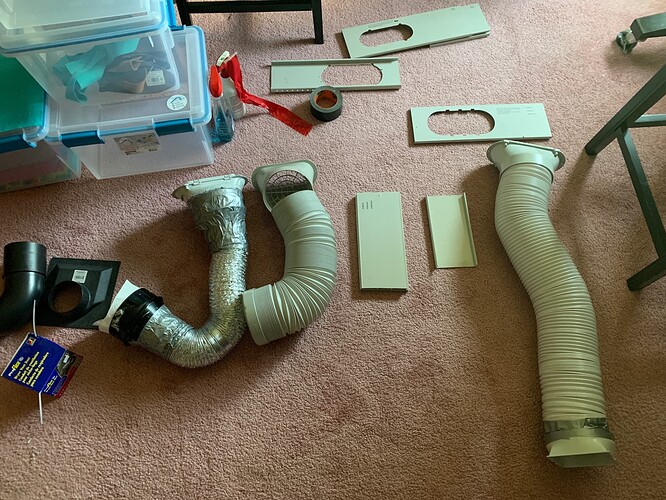 Scratch that. Several 6" ducts, not one of them is the same ‘size’. Sigh. But I have a drill, a saw, tape, screws, ingenuity, and courage. 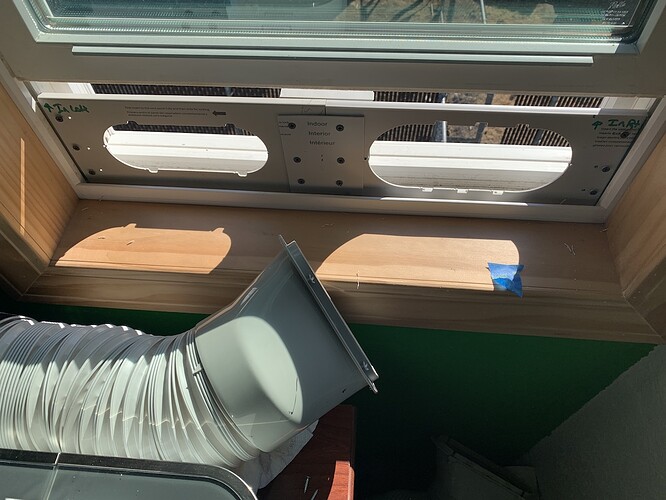 Like, forever later. Ya, this is going to work, even made extra tab to snug into the jams far as the slots would go, so it doesn’t move in or out at all when opening the window. 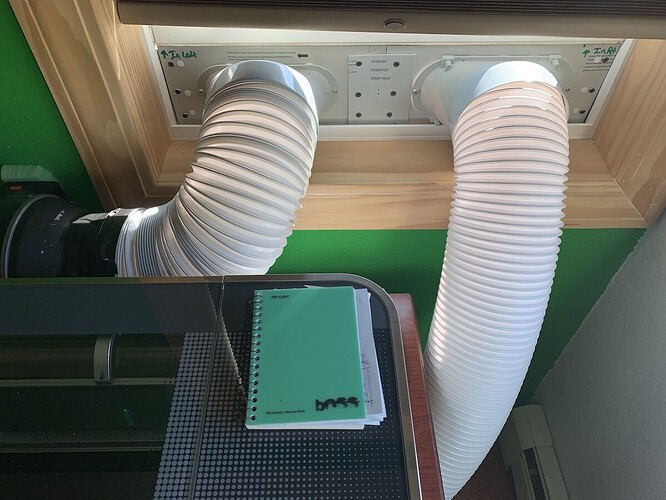 Bam! This came out way better than I expected, but I also spent twice the amount of time as predicted as well. A direct correlation me thinks. So A/C AND Glowforge, with all the hoses and window adapter screwed into place and secure. 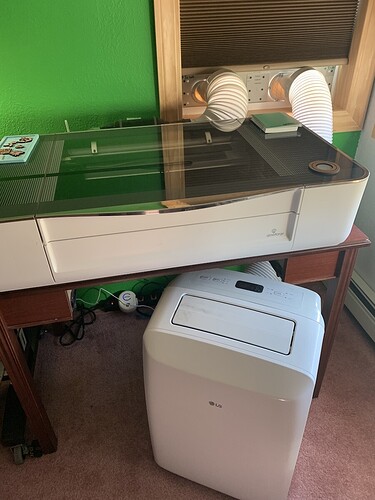 And I know what you’re thinking. But HL, you didn’t put in a blast gate, so you could get backdraft! I did think about that actually. AND I even made it insulated for in the winter! 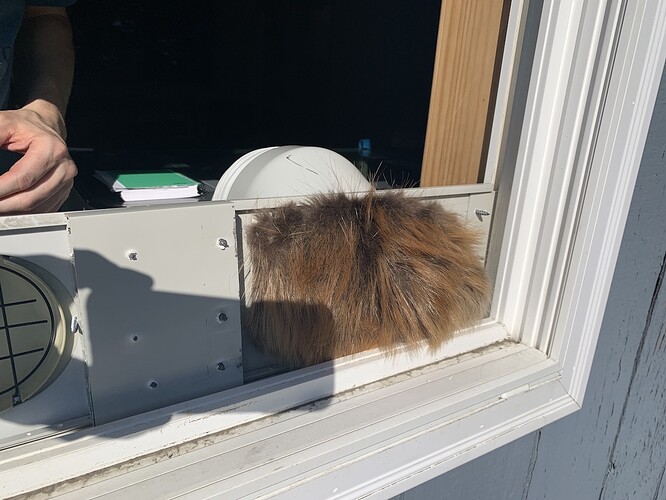 HA! Actually it’s just 3" foam, but I thought about the joke and had to try it. I would leave it there, but I’m guessing a Raven or Owl would swoop down and knab that thing. 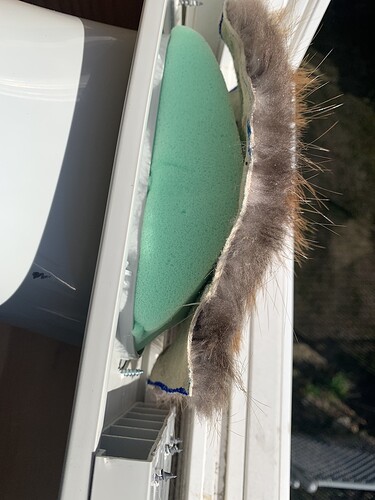 I also spent twice the amount of time as predicted as well. A direct correlation me thinks.

Take that lesson. Yes, your estimation will be about half of what is needed.

Yes, your estimation will be about half of what is needed.

I have found that to be true - but I won’t change my estimates because I’m afraid it will continue to be true and I’ll never finish anything.

Oh, I could have done it in an hour, but it would have sucked, not blown…

Regardless of how long it took you, it was time well spent. So nice and clean looking. Great job.

Did you install any kind of blast gate to keep the cold and rainy weather from shooting back into your glow forge through the exhaust? That can fill you machine with moisture and cause electrical problems down the line. Here’s a pic of my set up with my AC Infinity CLOUDLINE S6 and the blast gate… and I have central air so no sharing the window. 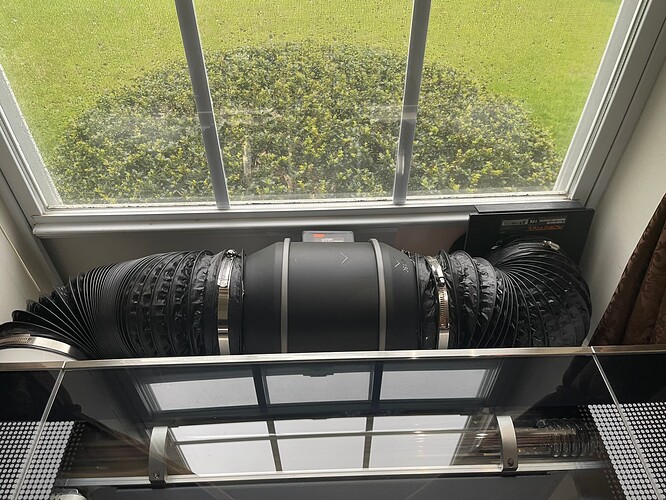 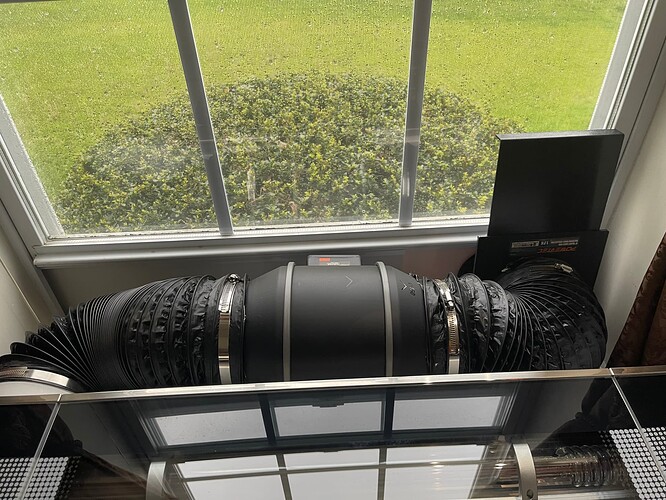