So after reading a statement on the FS facebook about the power of 40W laser i wanted to run a little test.

Someone was having an issue with their Muse, shocker i know, and couldn’t cut 1/4" ply. One of the replies was a 40W laser will have a hard time cutting through 1/4" wood unless it is really soft. Now since i cut 1/4 birch and MDF all the time i had to prove this is crap.

So i threw in a piece of 1/2" red oak i have sitting around. Go big or go home i always say.

Well i must say i am super impressed with the results. Settings 100/5 at 1 pass. 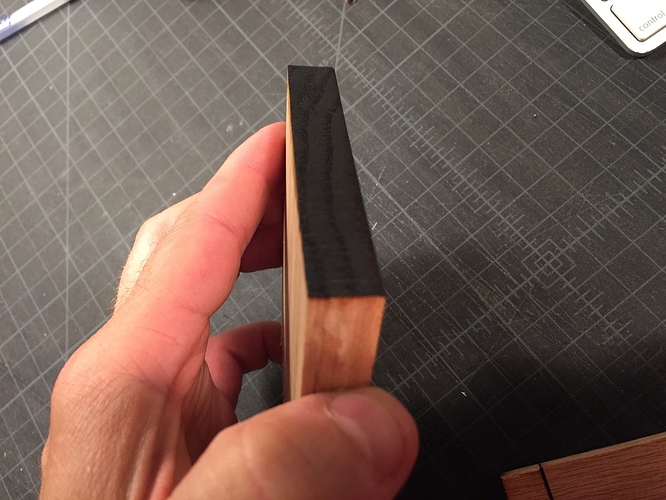 It is really crispy but it made it through.

I have been doing some experiments at the opposite end, cutting 2mm balsa wood with a 1W laser diode. I found that multiple passes work a lot better than slowing down. E.g. 4 passes at 4 times the speed cuts deeper than one slower pass and with a lot less charring.

I’ve been plowing through everything in a single pass. I’ll have to add multi pass cuts to my experiments. Thanx

Good job pushing the envelope. The hardest thing I’ve cut so far is 0.170" tempered masonite. The

Very nice to see it get through 1/2" red oak in one pass though - charring or not.

ya I need to go back and find the optimal settings for cutting for sure. This was more of a brute force test to see if i could get through in one pass.

Any Idea how many passes are good? I was cutting some 5mm plywood and it charred like all getout? (Or maybe that’s just what cheap plywood does.)

I’ve had some that just blackens no matter what settings you use. And other stuff that you had to take up to char to even get through it. I think it’s gonna depend on the plywood. They’re all so different.

I’d definitely try speeding it up and doing multiple passes though - might cut the charring back.

I found these artists pallets on clearance for a buck each and they must be made of iron in the middle as they are tough to cut! I was eventually able to get through them, but gave up doing it without charring. I think it’s really dense mdf type stuff in the middle. 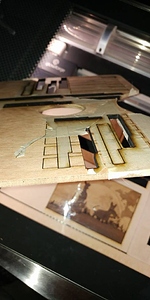 I just tried cutting through .25" Bolivian Rosewood. It took 3 passes at 100%/4 (the slowest it will go) and there will still a couple of tabs of wood holding it together. It definitely depends on the material you’re cutting.

Also try focusing 1/2-way through the material instead of the top surface. That puts the narrowest part (highest energy/heat) of the beam in the middle of the material.

Oh, this makes me wonder if stepped focus would help with stubborn material?

Oh, this makes me wonder if stepped focus would help with stubborn material?

It might but you’ll need to resend the job between passes specifying the different focus height instead of using the GFUI’s # of passes setting.

I’ve done it both ways.

My experience with stepped focus (not very great thus far) is that it may help you get deeper, but not in a simple way. If you start out focused below the surface of the material, then your power/area isn’t as good at the surface, so you don’t cut as deep initially. So need more passes. If you do a first pass focused on the surface, then a second pass focused further down, a lot of the beam hits outside the kerf and doesn’t get down to the bottom to deposit energy. You have to open a good path for the beam first.

Here’s something I will probably try next time: initial pass with a double cut line about 0.5mm apart (that’s about the distance for me with cheap ply where the wood between the lines glows and consumes most of itself); then a second pass with focus at the bottom of the hole. If the whole thing doesn’t catch fire it might work pretty well. 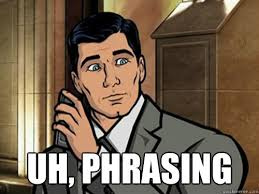 Oops! (was referring to adjusting the focal point.)

It took 3 passes at 100%/4 (the slowest it will go) and there will still a couple of tabs of wood holding it together.

There is no real disadvantage doing N passes N times faster because it takes the same time and uses about the same tube life as it is depositing the same energy in total. I think it chars less because there is less time for the heat / burn to spread sideways. My limited experience is that it actually cuts deeper. I think that is because there is less char and / or smoke to obstruct the beam.

With a 1W beam I can’t cut through 2mm of balsa in a single pass no matter how slowly I go. The char just gets wider and wider. I can cut through cleanly with four relatively fast passes though. This is with all passes focusing on the surface.

I all depends on how big the auto focus area is. I’m not sure it will be able to focus on the bottom of the cut. My guess is that it would still focus on the surface. @dan do you know if this would be possible?