Made on a Glowforge
proofgrade, education, pre-release, schoolproject
henryhbk June 1, 2017, 3:37am #1

My son had a geometry class assignment and he goes to my old high-school which is super high-tech (they have a huge maker space that would be just fine on most college campuses) and they are expected to integrate coding and making in almost all classes. So this geometry assignment was to make any crazy house you wanted (with some geometry constraints) and you got extra points for “making” it, and also for CAD designing in (the teacher is a big laser cutting person).

So most kids are using luon or whatever in the K60 at school, but my son has a GF. He’s also a pilot (finally can drive himself to the airport to go fly… yeah) and wanted to have a 737 house. So he designed it in Fusion360 (Hey autodesk, go step into a burning pile of poo, for not only not exporting text in your DXFs but even worse, exporting unjoined boxes in text’s place - at least just export nothing). 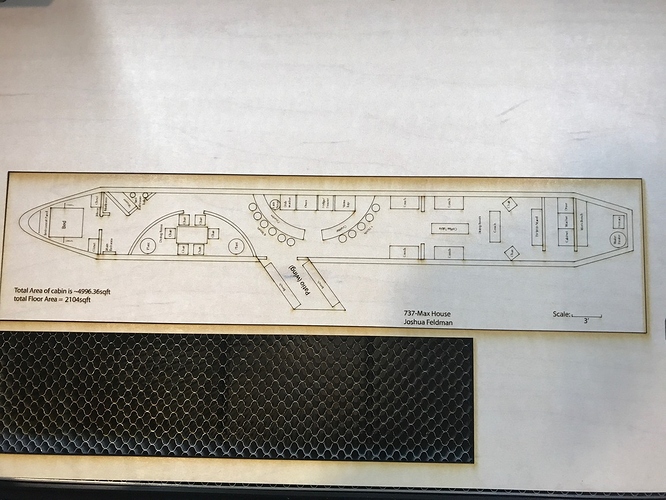 ? Awesome Dad here!). The lines are scores, the text is engrave. In hindsight should have upped the power a tad on the 4pt text… Was a little feint. 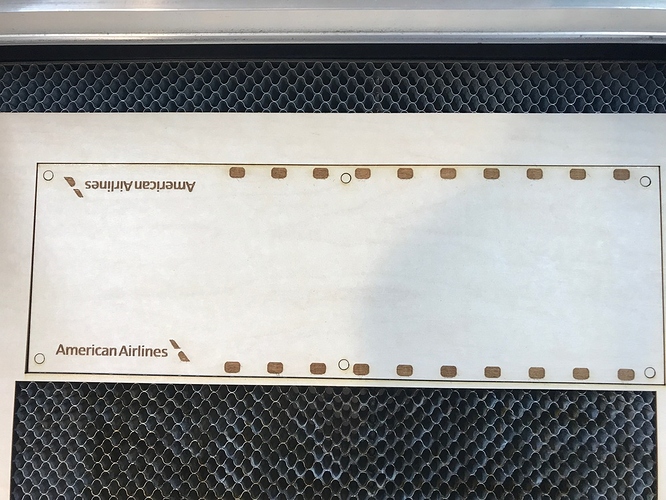 IMG_2555.jpg1154×866 289 KB
And going for dad of the year, for the roof he first tried a living hinge, but that didn’t really work right, so I thought, hey why not just use veneer? Booyah! (and hey, just pretend those are 787 windows since they are so big, instead of a 737-max; and for @rodrigobrionesm I don’t want to hear that American doesn’t fly the Max… It’s art, and I figured the United logo + teenage boys = punching 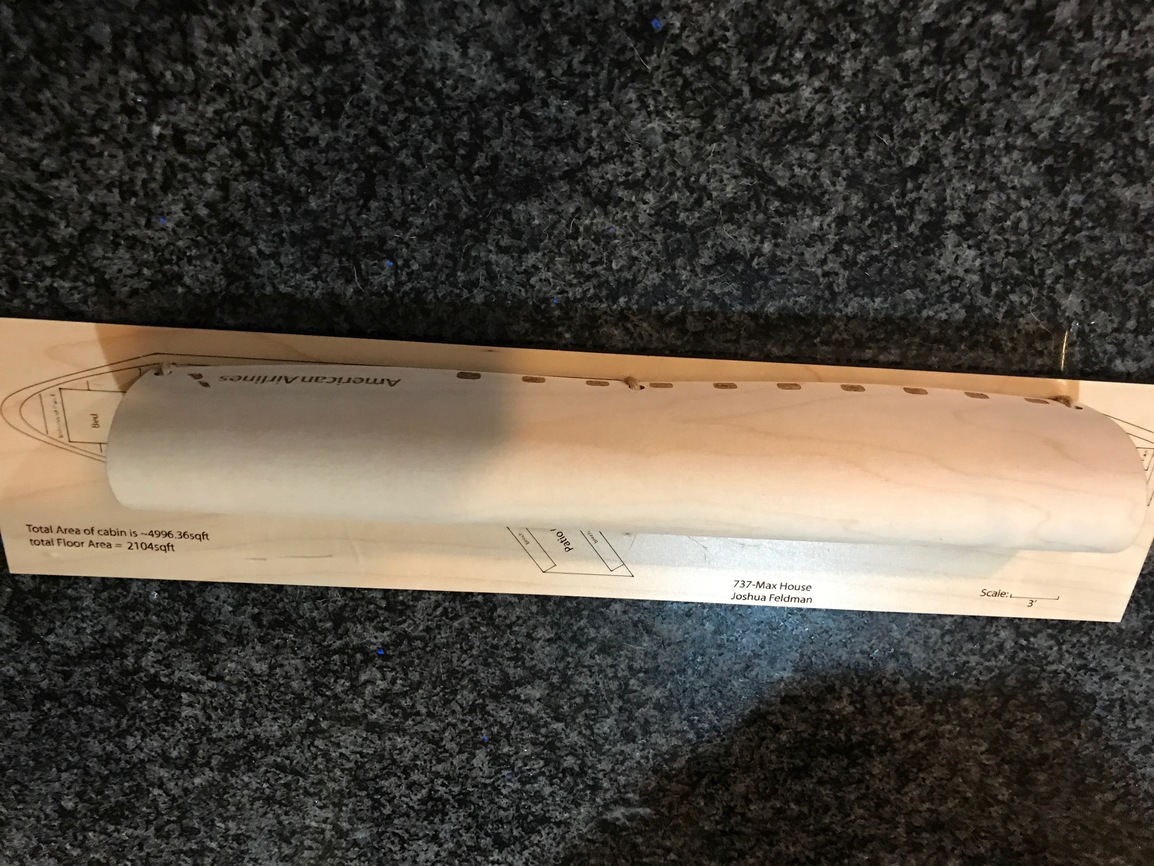 Twine was tied across the holes to keep the curve. 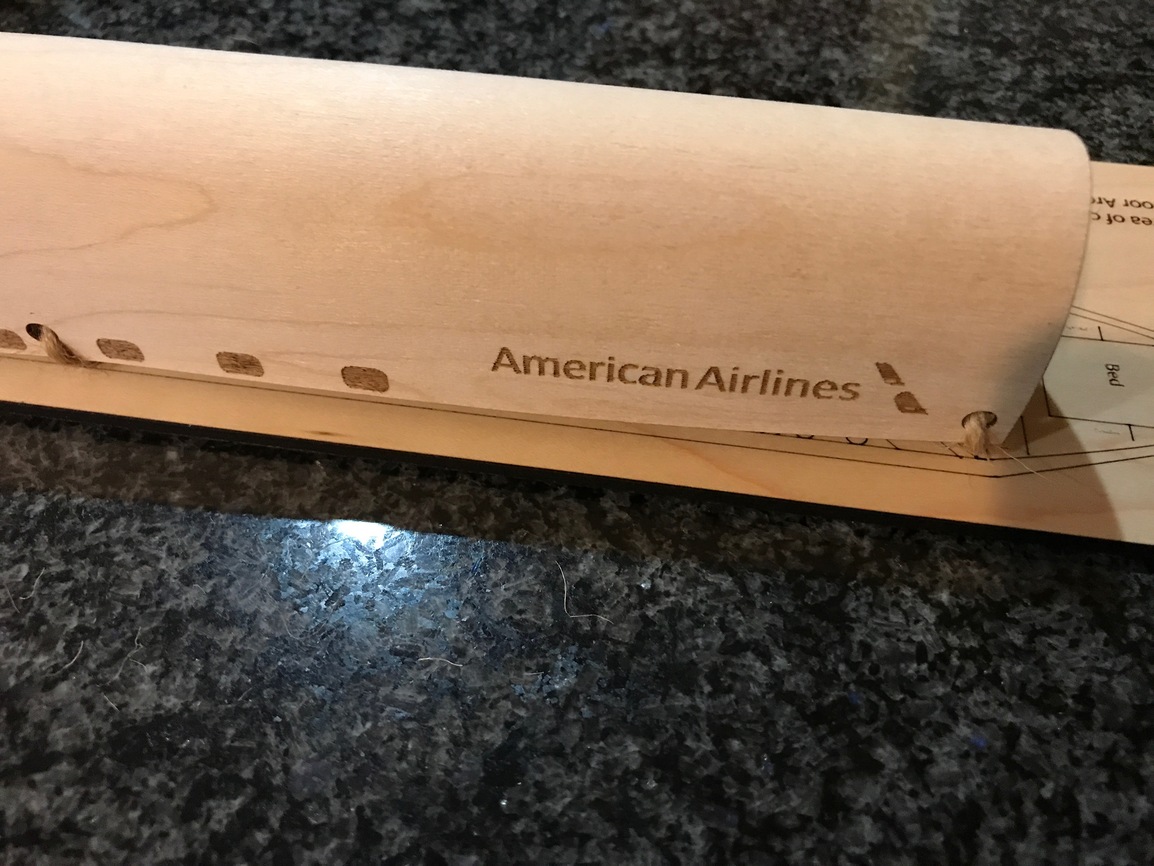 I did make a few suggestions, that maybe he simply has an 11 seat counter, rather than bar…

While he does fly power, one of the cooler shots I got of him @rodrigobrionesm is on landing (prior to having his shirt torn) with an instructor while gliding (he and my dad do it - my dad recently retired from Angel Flight) 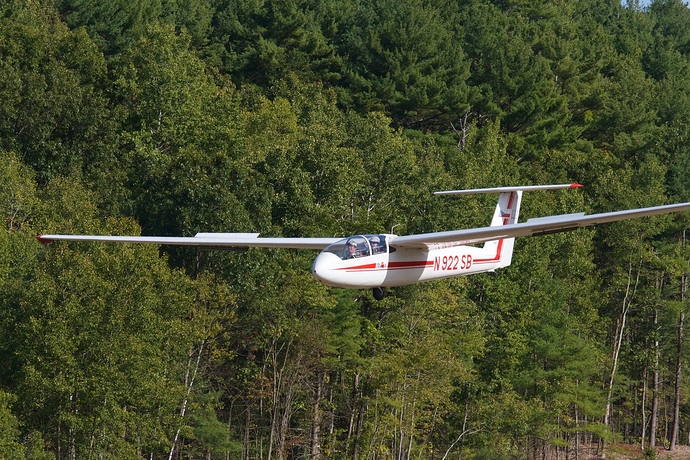 I love it. This really gets me thinking in a totally different way about what it possiable. Thanks for the cool inspiration.

Oh man I am so jelly of your kid. I’ve always wanted to try sailplanes. The only soaring I’ve done is with a paraglider and that compared to a sailplane is like a monkey on a barn door!

Last weekend he stayed up for 1.5 hours, and only came down because he thought someone wanted the ship. He pays for his flight, by working as ground crew for glider ops, so x number of hours = a flight.

Just kidding, it’s an awesome project, and he is very lucky having you as his dad.

Nice picture BWT, Glider flight is on my to-do list, is so peaceful.

Hey Awesome Dad, I think your kid is pretty awesome too! He deserves the

This is how I came to be a pilot! We lived a few miles off the departure end of a gliderports runway. I was 13 when I convinced my parents to take me out there to check it out. Went for a demo flight and the owner saw my excitement and asked if wanted to work ground crew in trade for lessons. Soloed on my 14th birthday, licensed at 16. Started flying power after that and was single engine land rated at 17.

Soloing was one of the most gratifying experiences of my life.

Congratulations to your son and to you for encouraging him. We need more young pilots. At 41, I am usually the youngest pilot at our airports.

Soloing was one of the most gratifying experiences of my life.

Isn’t that the truth! I’ve been lucky to have had a fair amount of gratifying experiences but this still rates in the top 10. The only things I can think of that might out rate this are family things and qualifying submarines.

That is true, now more than ever. Commercial aviation requires many new pilots, I just hope they improve working conditions in the US (especially salaries).

I have friends that fly for UPS… we apparently need a lot more pilots soon.

To carry all the Glowforges?

no just the pilot population is aging rapidly. and demand for pilots is increasing. if I wasn’t the age I am, I’d consider a career change. not really enough time left to move up the food chain, once I learned to fly.