Problems with wearing the masks

On overnight call tonight. Doing a little critical care tonight. Hadn’t calculated an APACHE II score in a long time; going old school. Had to remind a resident that just because it’s not COVID it can still kill you…

Anyway my real problem with the mask isn’t my ears [never had that issue] (my N95 is on the table in a box) is that I can’t drink coffee effectively. Tomorrow I’m going with a camelback with iced coffee in it. I’m probably going to get in trouble for posting a pic with the cup having our old hospital logo… 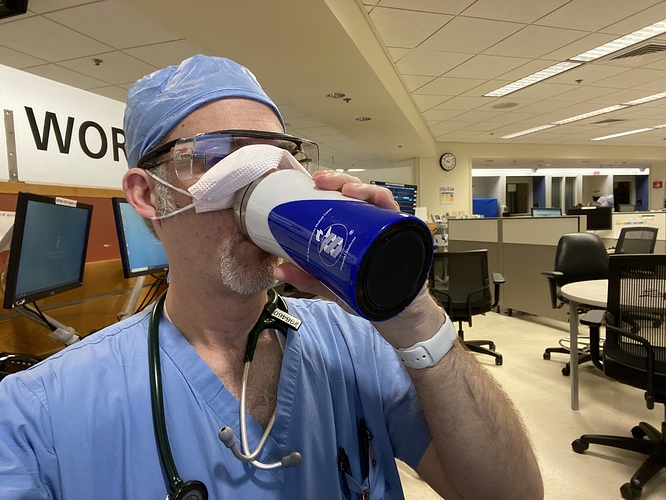 Times are definitely tough for us all…

Seriously, though, stay safe. Our tiny state has certainly been hit hard.

Amazon to the rescue. Even have them with a plastic cowboy hat (if need to maintain a specific image with your peers).
https://www.amazon.com/s?k=beer+soda+guzzler&rh=n%3A154606011&ref=nb_sb_noss 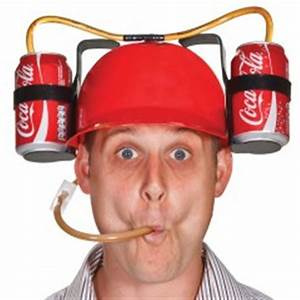 Coffee on your head, what could possibly go wrong here…

I’m astonished - right now in the UK drinking while wearing your mask and in scrubs would get you kicked out of the hospital.

You would be put on mandatory PPE and hygiene training.

Well I guess if you guys had won the revolutionary war you could impose such rules, but given this is a surgical mask and not an N95 it’s not protective of me, but in theory preventing me from infecting others in case I am infected. So drinking isn’t going to change anything there. Also what would scrubs have to do with anything? I’m not in the OR, the scrubs are so we can dispose of our clothing before leaving… does your hospital expect you to not drink for 12 hours? Or change clothes every time you need to drink? I mean they aren’t remotely sterile, they’re to protect our families so drinking in my scrubs isn’t changing anything. At best scrubs are “clean” anyway even in the OR and aren’t ever considered sterile.

Also I’d add as a nocturnist we’re kind of the tier 1 operators of the hospital (running lone-wolf in the dark, doing everything that others can’t/won’t) and as a nocturnist during a pandemic nobody is going to mess with us over drinking coffee, since it’s hard enough to get attending (consultant in your terms) so to work overnight especially with the patient loads we carry (70-100 with 10+ admissions all solo without house officers). Our hospital is pretty relaxed about things, and we worry more about teamwork and collegiality. We are extremely efficient and have excellent outcomes and by being flexible and not rule bound have kept our hospital highly functional during this crisis with extremely low mortality and continued capacity, by rapidly adapting.

I wasn’t having a dig - just how different things are each side of the water.

Right now it is pretty brutal in UK hospitals.

12 hour shifts, no food or drink, no toilet breaks unless absolutely necessary.

Basically the shortage of PPE means having to stick with what you’ve been given for as long as possible.

Once we can get our PPE supplies back up to normal it will start to relax a bit. It’s also possible that our hospital buildings are different, but essentially the entire building is considered virus hot. No safe place.

Getting an N95 for many of our staff right now would be a blessing - I really hope you don’t have the same problems where you are.

Well we only ever have 12-hour shifts (I’m 7p-7a, 23 minutes until my relief shows up hopefully), and we only have the food/drink restriction during norovirus season really (now it has to be individually wrapped/packaged. And I guess they wouldn’t want to staff pooping on the chairs in the nurses station. Plus normally we don’t get a chance to pee (that’s why I’ve had so many kidney stones while on call). In fact I recently had to work through being septic while passing a kidney stone (or not passing as the case was). After my shift I ended up critically ill in the ED before being whisked off to the OR… So not sure the not going to bathroom breaks was the best idea for them in that case. I wad having syncope during my shift (and vomiting) so really not on my best level. We have pretty good levels of PPE (the surgical mask is mandatory at all times (well I guess when not slurping coffee

) and the N95 for this shift is in a little box next to my computer, but Boston now has a N95 resterilizer that can process 80,000 masks/day. 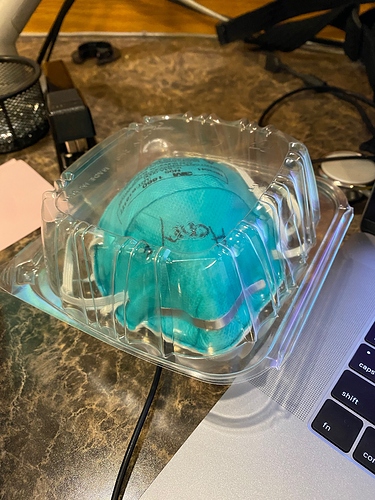 Why on earth is 12 hours acceptable in hospitals when it’s not anywhere else?

I get there are some special cases, but in nearly all 24/7 operations an 8 hour shift is the maximum allowable. But for some reason in hospitals its OK for people making life and death decisions to have been on their feet for 12 hours (or more!) We are strange.

I don’t know about the USA, but in the UK the new registrars can be on almost permanent call

So residents (registrars) have strict work hours restrictions, us attending see have to get paid enough to “shut the hell up and work”

Why on earth is 12 hours acceptable

The last 15 years before I retired we were doing 7-7 (12 hr) shifts. Three on three off, then four on four off. You actually come out more productive with that schedule.
Advantage was I could mark the calendar and know exactly when I had 4 days off to do something. Vacations tended to stack when you have continuous 4 day weekends and I usually bought them out for some additional Xmas spending money.
Disadvantage was the occasional fourth 12 hour shift seemed like it lasted about 30. (usually because you were trying to do something the last few days beyond eating, sleeping, and working).

Scary story about your side of this. I was fixing to sign off on some papers to allow a quality of life statement to rest with my doctor, because I knew if I was electrocuted bad enough to be brain dead that the wife would still not pull the plug and just waste a lot of money.
My doctor cautioned me that it probably would not be him making the call, but some poor sleep deprived ER doctor who only knew me as the patient who just woke him up. He was kind of smirking when he said it, but I took it to heart.
Never did sign off on those papers.

You may be able to answer this. I understand during things like earthquakes and major floods - like when New Orleans was flooded out - there is a triage committee that decides who gets treatment, when not getting the treatment is fatal.

So as far as I can tell both here in the UK and in New York that is not in place. That the individual doctors are making the decisions individually.

The committee idea sounds very sensible, it means the doctors on the front-line don’t have to decide who dies (and all that means to them as well as the patient), the committee are a bit like the firing squad - no-one knows who fired the bullet - so the emotional/psychological effects are less.

That the individual doctors are making the decisions individually.

Well that’s not quite how it happens. We are of course acting with strict ethical guidelines (I am on one of the national task forces that is publishing the ACCP). This of course includes clinical experts along with bioethicists. Those guidelines attempt to boil it all down to objective criteria as much as possible. Like last night I used the APACHE II scoring system to judge the chance a patient would survive (not COVID) and what interventions were warranted. Now of course at some point a healthcare system can become so overwhelmed [such as italy] where you are acting in a battlefield triage mode, but those are pretty rare occurrences. The model most experts propose is similar to organ transplantation, where everyone is a candidate and we rank them on some agreed upon ethical criteria. This means that everyone is a candidate and prevents biases.

Actually deciding case by case with a central committee is a terrible idea. These decisions get made in real time, and some group in a conference room isn’t going to know the patient like we would at the bedside. People can look great on paper and be desperately ill, while others look at death’s door on paper but are quite savable. Also some central committee can’t know the family dynamics, etc. so say this person gets judged to not be a candidate for a ventilator and dies; well what if that person is a single parent to an autistic child.] and has no living relatives. Well you really made that triage decision for 2 people… if I tried to make that decision the nurse would absolutely (and correctly) push back on the meaning of the case.

Having your wishes known ahead of time is so helpful. Having them documented (and scanned into the EMR is even better).

I watched this yesterday. I hope he keeps doing this type of video. 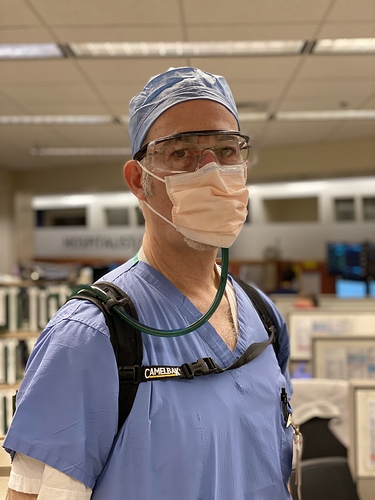 Glad to read your insight on this - thanks!

Your commentary on ventilators has certainly been born out. I had thought that they were more survivable than they appear to be even in the best cases.

I am in need of a nebulizer two or three times a day under normal circumstances and took an hour in the emergency room before being able to suck on an oxygen cylinder that happened to be sitting about so I am very concerned about things these days.