A question and an idea about the QRC code used with the proofgrade (beta) thus far.

I assume the app.glowforge.com interface looks for and reads the existence of a QRC on the proofgrade material --> then applies the appropriate speed and power setting for the project. I also assume that the speed/power settings relate to vector or raster / cutting or etching. I have also read that the interface does not (yet) allow the user to ‘save’ settings --> probably to persuade us to utilize proofgrade.

So, how about this:

Or at least make a library of the Proofgrade QRCs available for us to print and put in the bed that would be very close to the materials we put in from other sources. - Rich

probably to persuade us to utilize proofgrade.

I’m not sure that’s necessarily the reason. Right now, it really only affects a few people (betas and prerelease). It just doesn’t really seem like a money grab because it’s just a grab from a couple handfuls of people who are helping them out. I also don’t think there will be a shortage of people to buy proofgrade stuff that they need to force it.

Generating and printing your own QR codes sounds interesting, but like a lot of effort. And by a lot of effort, I mean more effort than I want to do. But, frankly, I’m not even sure I’ll use the add-your-own-material-settings thing, so I’m probably not a good test case.

I think this was discussed a little a while back; it wasn’t clear whether the QR code had the actual settings or was just an ID for a GF database of proofgrade settings (which would make sense because different machines, tweaking setting blah blah). If the latter, you’d need some kind of cloud-storage thing going on, with ramifications. As long as the PG codes are human-visible, we can just take pictures-- they’re designed to be robust.

Still working in a vacuum without access to the design application (app.glowforge.com). Wish the folks would give us access realizing that we can only ‘practice’ without having a valid Glowforge device to ‘print’ to. Just using my imagination into the work flow required to take design/idea into a finished state. Brian

Had thought about this some time ago. And decided not to ask. Manual settings that you can save are a basic requirement. However the market for Proofgrade material is based on quality of the material and foolproof operating convenience. Making our own QRC’s might be perceived as a step toward minimizing that convenience benefit and subsequent profit for the company.

But wouldn’t it be great if the QR codes had the characteristics of the specific piece of material, based on sampling tests of a particular batch of material received by GF? Probably to much to hope for, but that’s the sort of thing that would convince me to buy proof grade.

It also opens up the doors for 3rd party suppliers to sell “proof grade” materials. Not that I am against competition but from a business standpoint, might be undercutting themselves.

I could see why Glowforge would not want to open up their QR code database/settings:
Sub-par non-Proofgrade material being promoted on Amazon/Ebay/Aliexpress and a being sold as such.

Normally I abhor the whole “buy our specially formulated ink cartridge” mindset, but in this case it really is all about the quality of the material.

I am still interested to see what they do about their International customers.
We pay 'the Australia Tax’ on everything here and it can make something as innovative and useful as the proofgrade items close to unaffordable

Yes, Making the user experience ProofGrade centric could be a stumbling block to international customer’s satisfaction.

The ProofGrade just works. I have not had an opportunity to test all materials. Nor have I explored manual settings. I keep getting sidetracked by the accuracy of placement concern by so many.

One wonders how easy it would be to just stick a piece of some very similar weight and quality right next to the ProofGrade swatch and just place your design on your dandy Tandy leather sample. I am speaking hypothetically of course.

One thing: QR codes should be all over the masking surface or at least in several spots because otherwise the last spot lasered will be where the QR code is. Right now they are visible and single. Kind of like Brad Pitt these days.

One wonders how easy it would be to just stick a piece of some very similar weight and quality right next to the ProofGrade swatch and just place your design on your dandy Tandy leather sample.

What happens if you take a scan of the QR code for the Proofgrade material and print a copy of it and drop that on your locally sourced sample? Does it know that you’re doing a knock-off and refuse to work or does it go ahead applying the Proofgrade settings? If it does that, how good a result do they end up with in the finished engrave?

Yes, something to be investigated. Makes me think of the Keurig foray into digital rights management. But being the good guy here, rather than copying something that may be copyrighted, I just kind of sneak in under the wire. Hypothetically of course.

I just kind of sneak in under the wire. Hypothetically of course.

Has anyone scanned a QR code to see what it’s actually decoded into? If it’s already sending machine settings in the QR code it would be ultra basic to create your own QR codes. If not, It’s probably a machine setting that the GF references saved settings for, which could still be easily created depending on final software settings.

I have. The text for one read “Glowforge:A:KAAAD” and matched the graphic, below.
I believe it was one of the pieces of thin walnut @marmak3261 had in his possession. 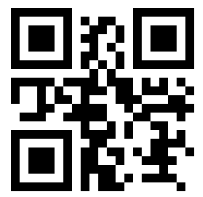 Interesting, maybe we can get a GF staffer to give us some insight into what that relates to. With that many random letters it could be speeds and power.

One of the things I was wondering if someone would do.

I doubt that those settings would be reflected in the QR code. All it needs to do is have a unique idea that is meaningless. . That’s a one to many link in the settings table which can’t be accessed, as I surmise.

Agreed- much better to use an identifier, then associate a table of settings. Allows up-to-date settings to be used with older stock.

I assume the app.glowforge.com interface looks for and reads the existence of a QRC on the proofgrade material --> then applies the appropriate speed and power setting for the project.

I also assume that the speed/power settings relate to vector or raster / cutting or etching.

I have also read that the interface does not (yet) allow the user to ‘save’ settings --> probably to persuade us to utilize proofgrade.

No - we just haven’t built the feature yet; we will before July.

Re: DIY QR codes, will put that in the idea hopper. Probably easier to just select a preset that you saved, though.