Prototyped on the glowforge, but actually cut on a Universal

But I thought i’d still share because they were fun, even though what you’re seeing wasn’t done on the GF (I did do early prototypes on the GF, but then our universal showed up at work and it’s faster and actually in my office).

First up, my office is a LEED Platinum space. We just hit our two year mark a few weeks ago. We decided to next chase Fitwell certification. One of the things we needed to do to pick up some of the points to reach the 3 star level (highest level) was to create signage for handwashing in the bathrooms and to encourage people to take stairs instead of the elevators.

Our corporate sustainability people sent us some really horrific looking signs that they had mocked up for us. I immediately told our design lead here that, “there is no way we’re putting that crap up here.”

So instead of paper signs in frames hung on the wall, I designed pieces of cut acrylic and used dry transfer lettering for the text. 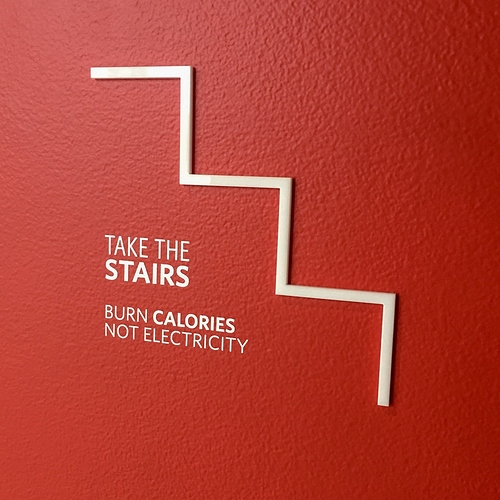 Then the bathroom signs. We have 8 bathrooms. So we used 8 different phrases, just to make it interesting. 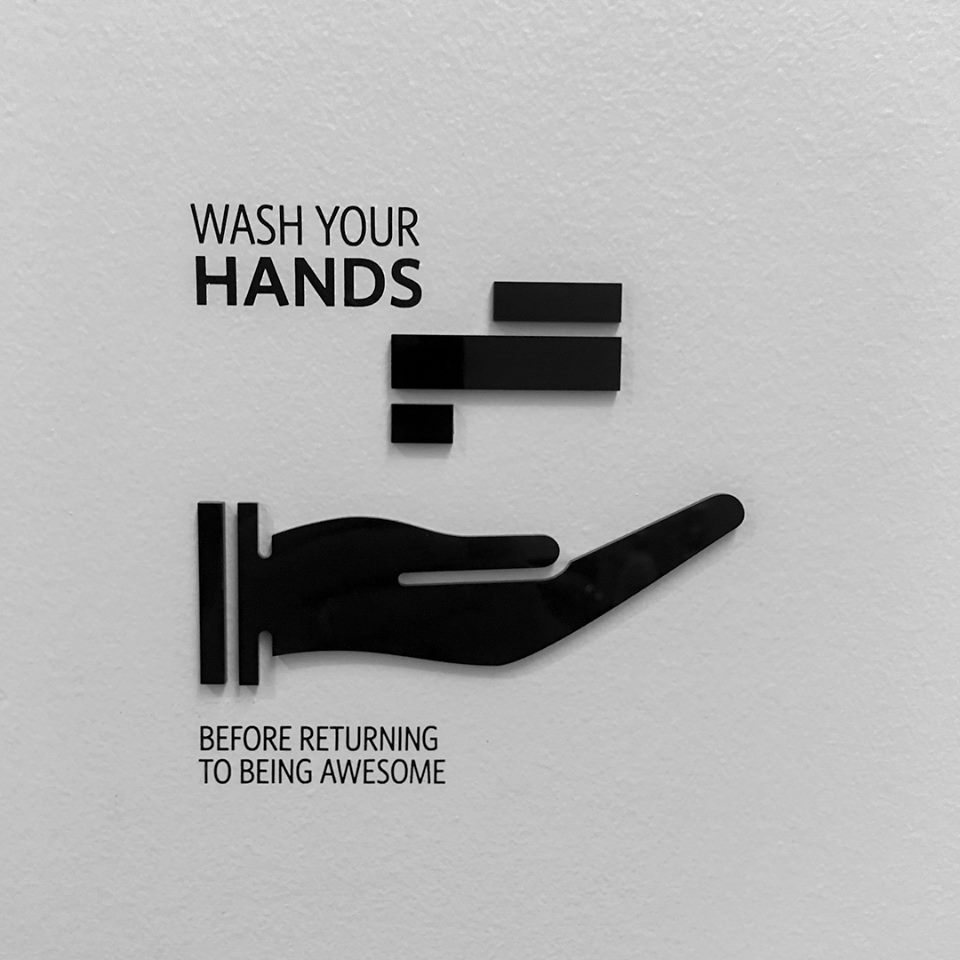 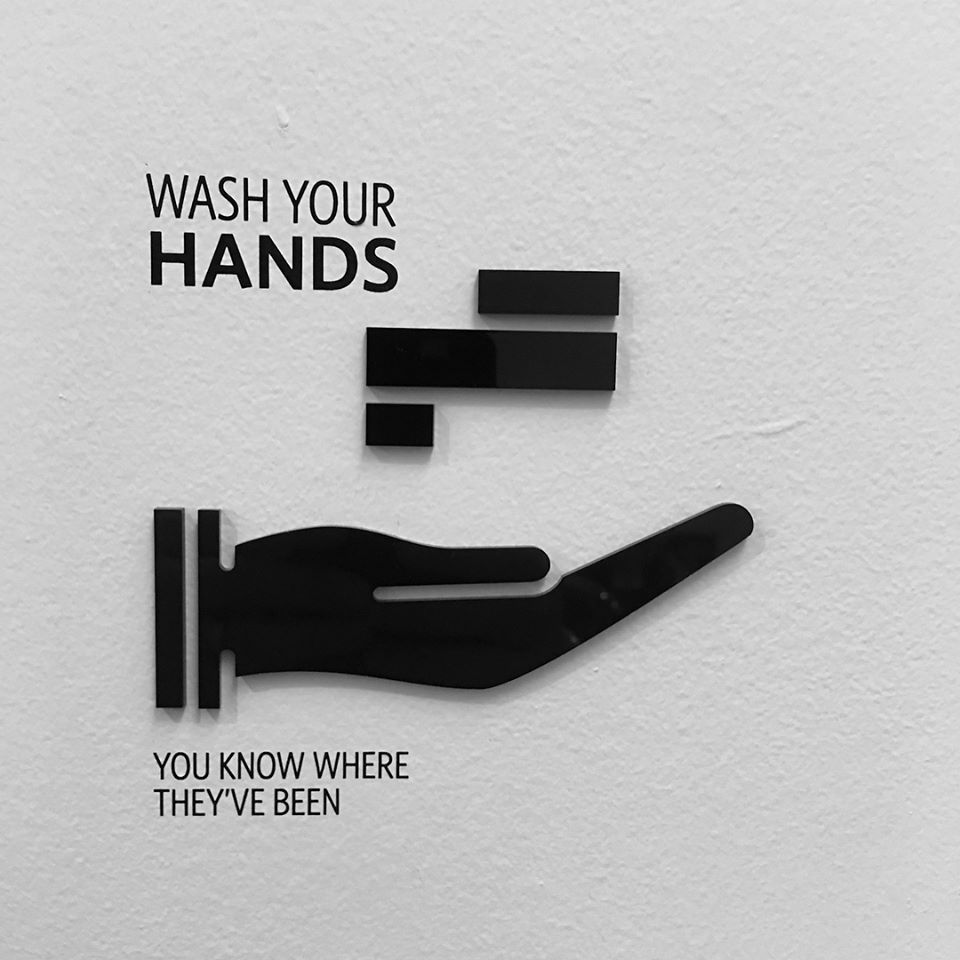 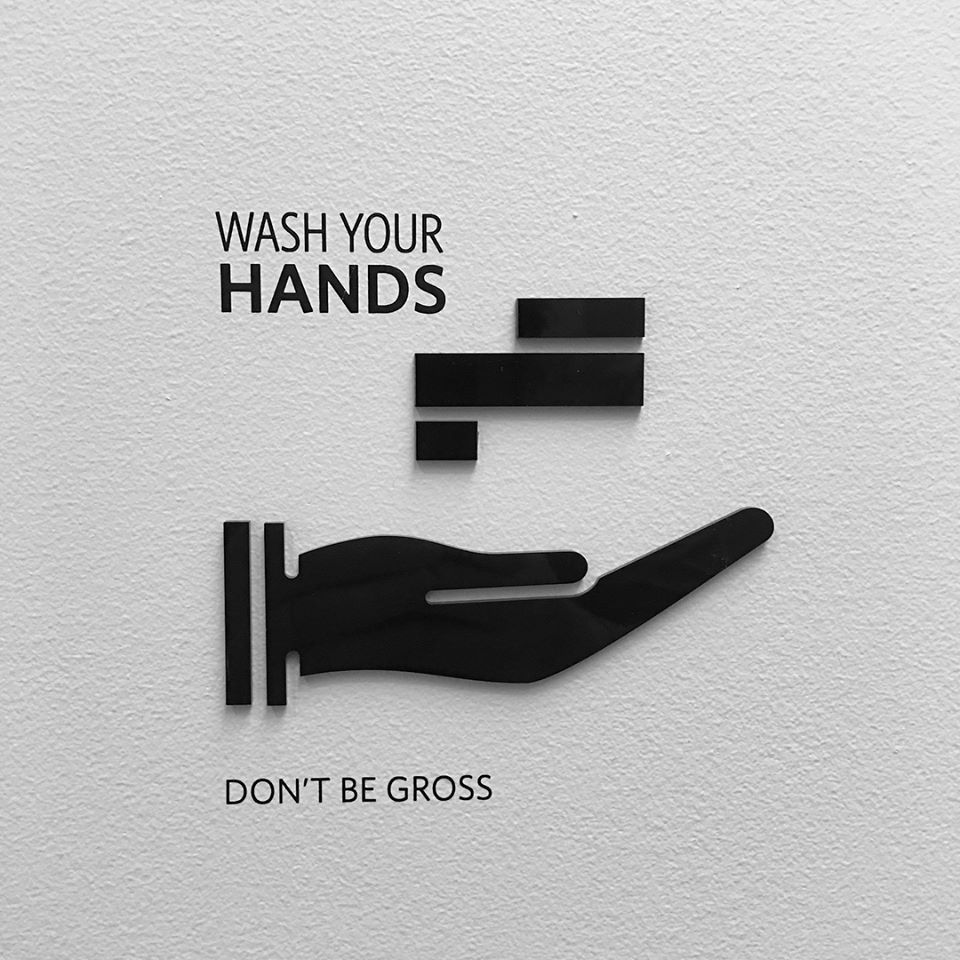 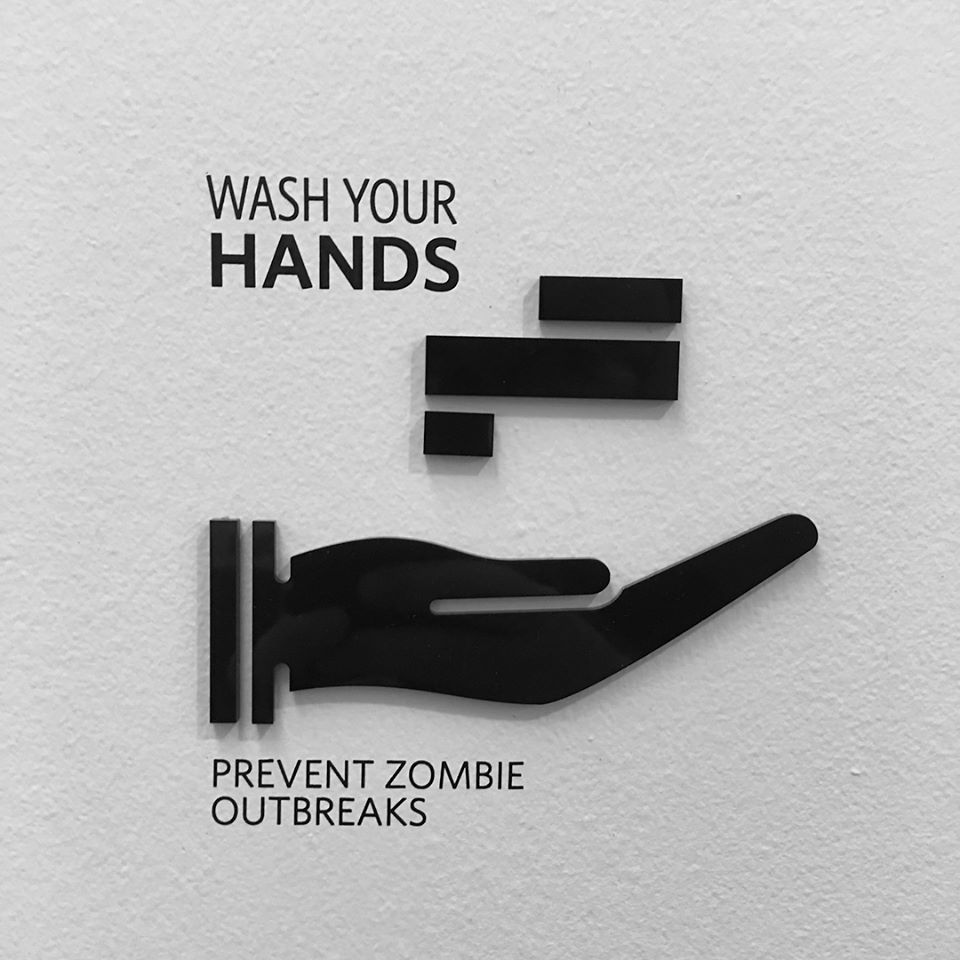 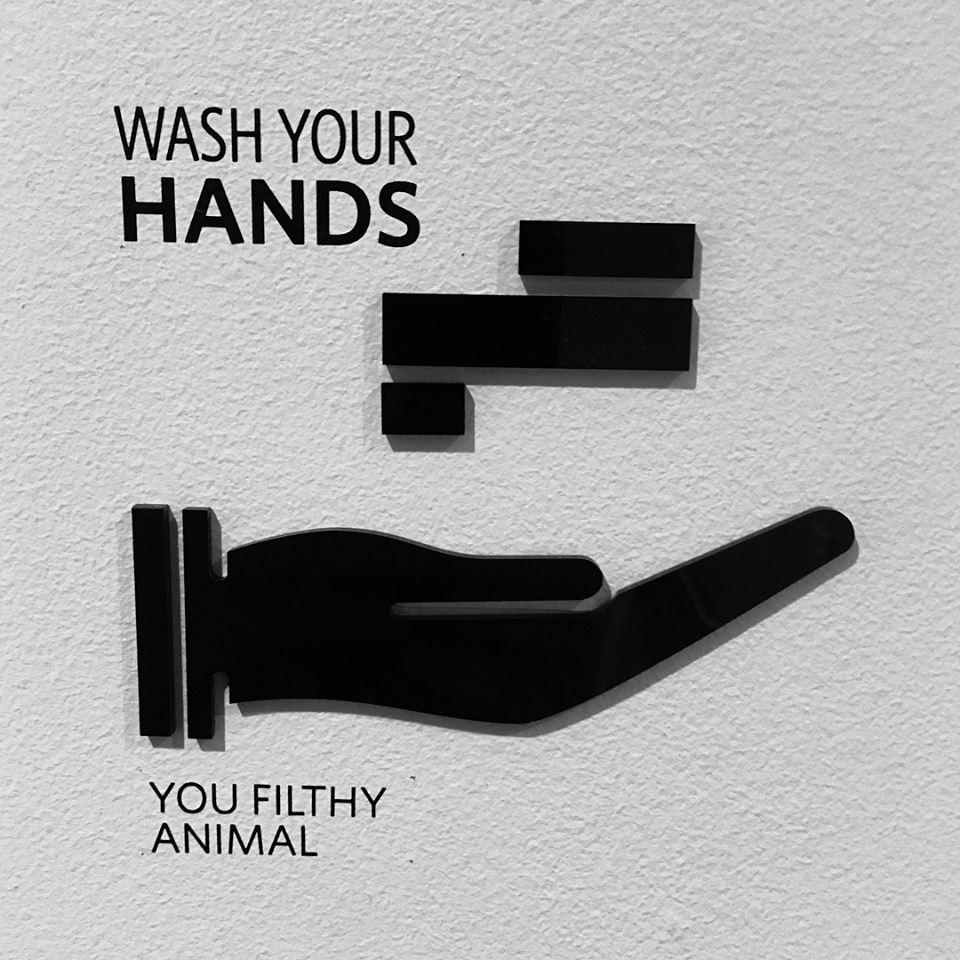 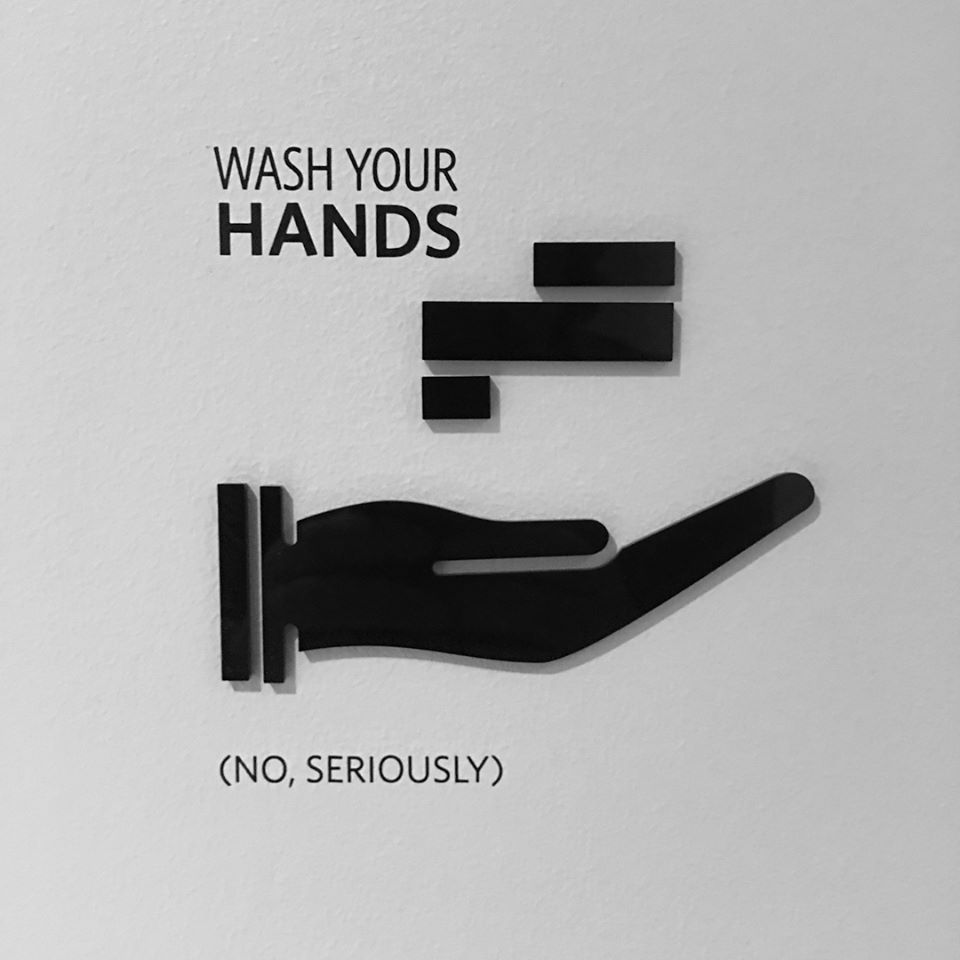 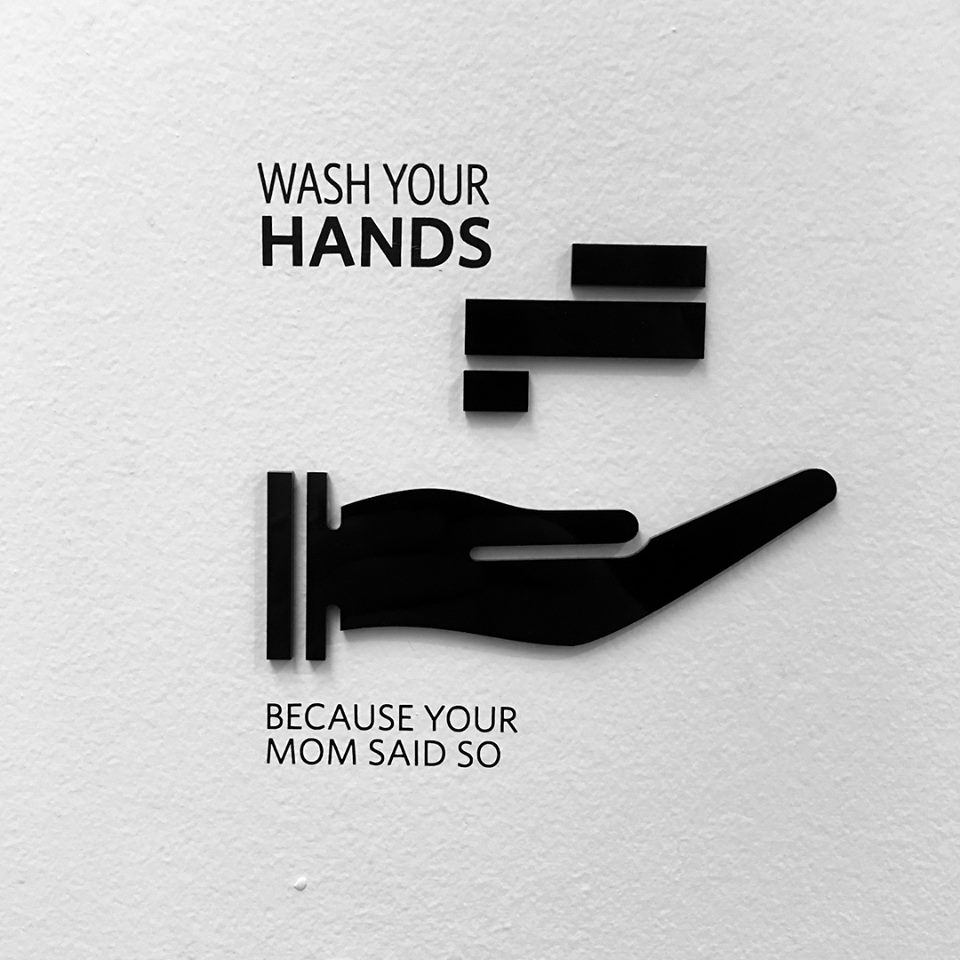 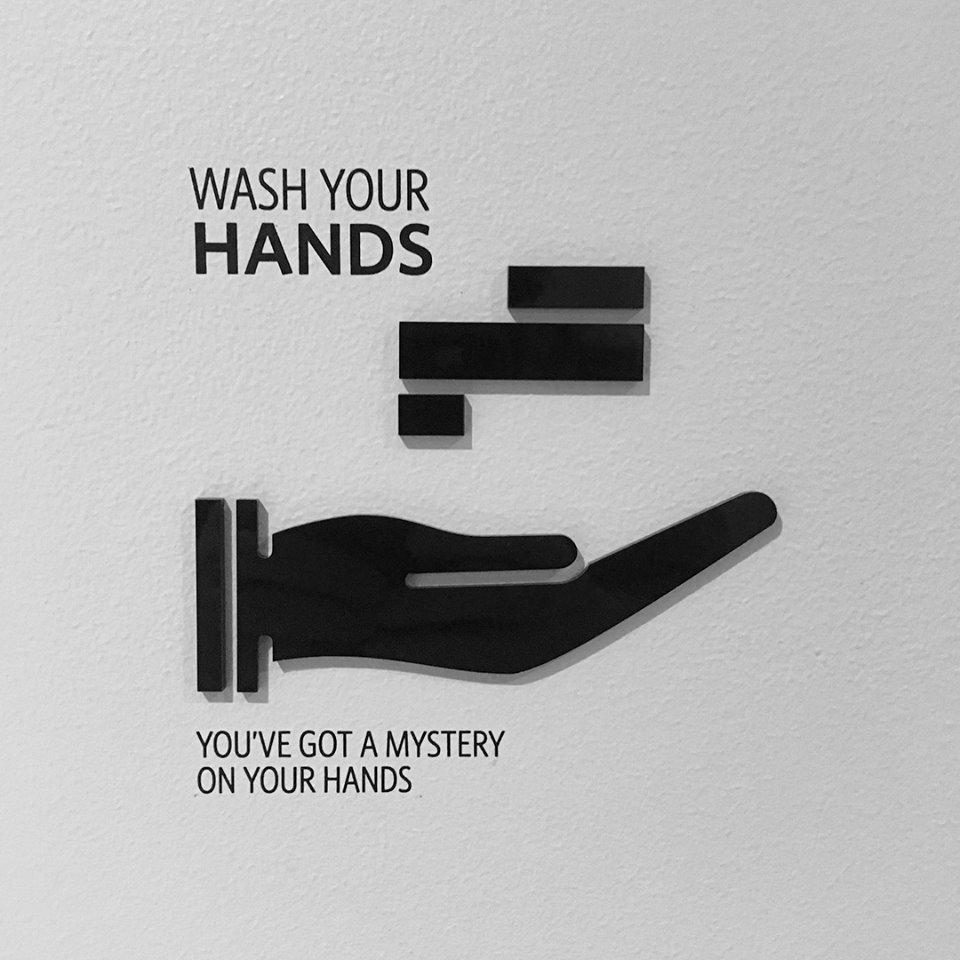 At the same time, we were gearing up for our big, national shareholder meeting. We’re a large ESOP (10k employees) and once a year, the leadership picks a different city to hold the meeting (not all 10k people attend in person, about 200 were at our meeting and the rest watched online). This year was our turn and my office was host. One of the themes of our 2022 strategic plan is diversity and inclusion. So we decided to create a display in our lobby to highlight how diverse our office is. 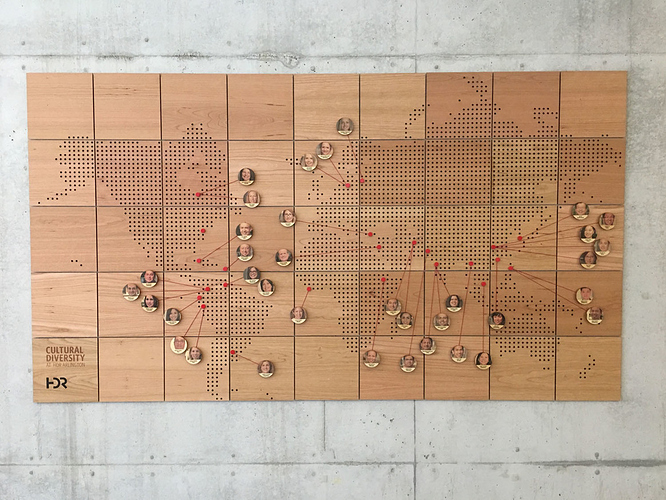 We had 35 people (out of 130) who were born in other countries. I created this map display, which is made up of 45 tiles that were 9.5" x 9.5" square and cut out of 1/8" proofgrade cherry. So about 87" x 48". Each panel has three 1/8" standoffs on the back and each of those standoffs has a piece of 3m command tape holding the board to the wall. The red dots are 1/2" round acrylic circles with defocused 1/4" acrylic dots on the back (defocused to create a slope to them so they could press into the holes cut in the map until the acrylic was snug). Then red string runs from the red dot representing the country to each of the staff who was born in that country. People rounds were printed on a color plotter on adhesive backed veneer, then pressed onto 1/8" baltic birch and 2.5" circles cut. Plus a 1/4" deep smaller circle behind that raised the people off the map to give more dimension. Held onto the boards with 2 sided mounting tape (so they’re removable, if necessary).

Great designs for the stairs and handwashing and very cool display for the map!

fwiw, i used a company called alpha-graphics out of Baltimore for the dry transfer lettering. they were very quick, easy to work with, and reasonably priced.

Your bathroom signs are outstanding.

If anyone with a vinyl cutter wants to do interior signage, I’ve had good luck with Greenstar vinyl:

I found out the hard way that glossy sticker vinyl looks like crap inside, and then takes the paint with it when you try to fix it…