we had two extra pumpkins, so I figured I would give em a try. 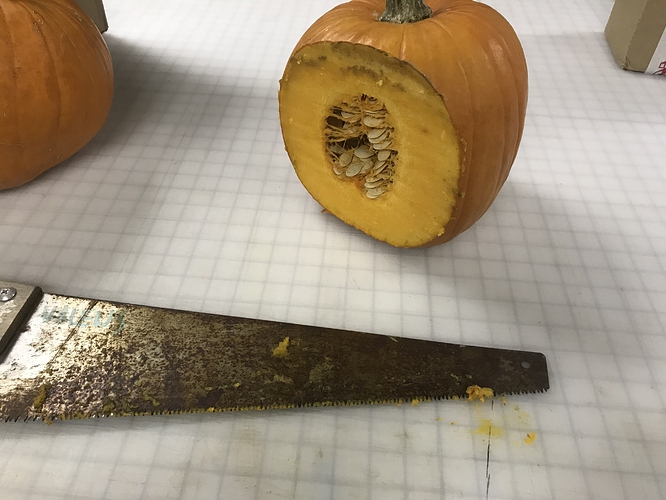 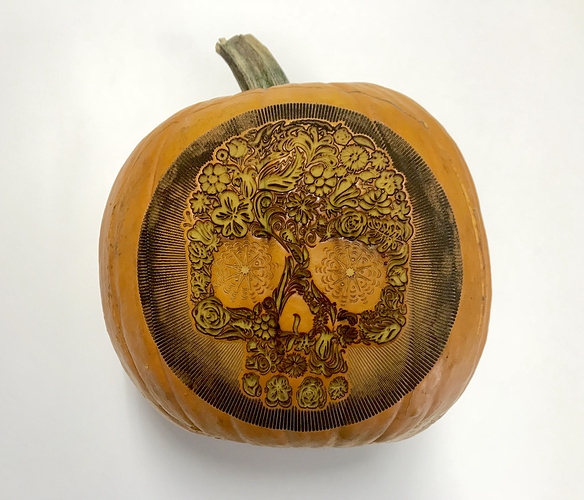 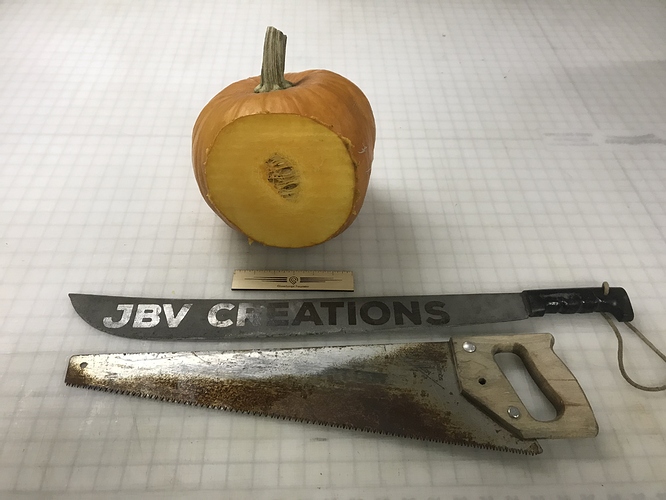 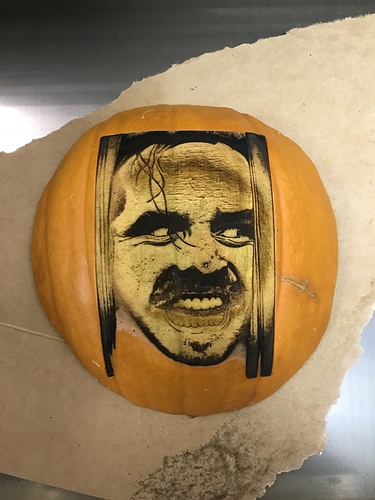 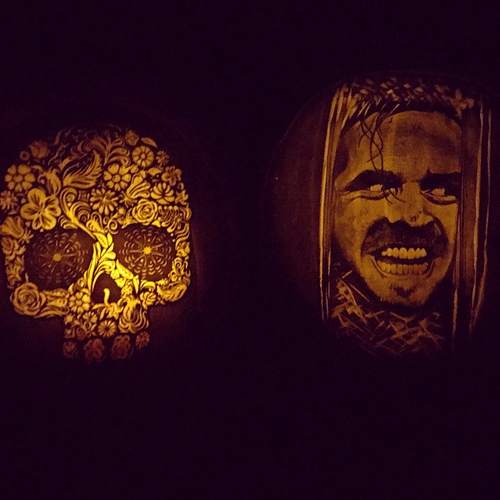 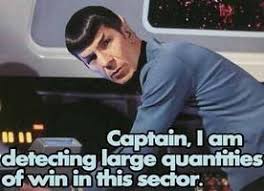 How’d you get @PrintToLaser to model for it?

Those really came out great, I especially like the machete

Awesome ! How odoriferous was the job?

Ok I must have missed how you got a pumpkin in the glowforge. mine won’t fit in the passthrough.

These look great. It amazes me what people will try to laser.

Awesome! Looks good for such a curved surface, how did you set the focus for those?

I must be missing something here. The “before” picture has a seeded hole and the “after” picture is a continuous surface. Are you putting something over the face of the cut pumpkin?

He sliced off a section of pumpkin to engrave, and then stuck it back on.

@PlGHEADED I couldn’t smell anything during the job, it had a mild burnt pumpkin smell once I transferred it to my workbench.

@PrintToLaser the first pass on the skull I had set to the very top surface of the pumpkin slice, and much of the design was out of focus burning wide and fuzzy. There was lots of soot. The second pass I dropped the depth down an eighth of an inch, and that seemed to work out, and it also removed a whole lot of the soot from the first pass. The second pumpkin I just went ahead and did both passes at an eighth below the top surface.

@markwkruse I didn’t take pictures of scooping out the pumpkin guts, cause my hands were covered in the stuff. The first Here’s Johnny photo is of the slab that I sliced off, laying the bed of the GF on some cardboard. That gets stuck back onto the rest of the pumpkin with the seeded hole using toothpicks (once the seeds are removed). An additional hole was later cut in back to insert the lights.

sorry, no specifics as I don’t want this moved to BTM, but pretty much… fast and hot.
Darn similar to the settings I use for BB ply, actually.
The Here’s Johnny was a raster and used the vary power dither method.

Ok, Thanks. I bet your house smelled like pumpkin pie.

that would have been neat, but no, not even close to that much aroma. I expected much worse.