So just to try and stay out of trouble, started working on a living hinge clutch or purse idea ( to cut when I can get this AZ heat down in the house). I haven’t done or worked on the side/lining/interior cloth yet.
This is 0.235 thick 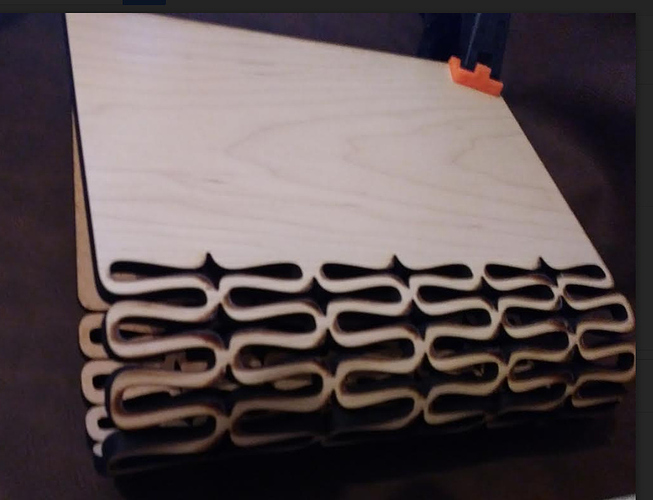 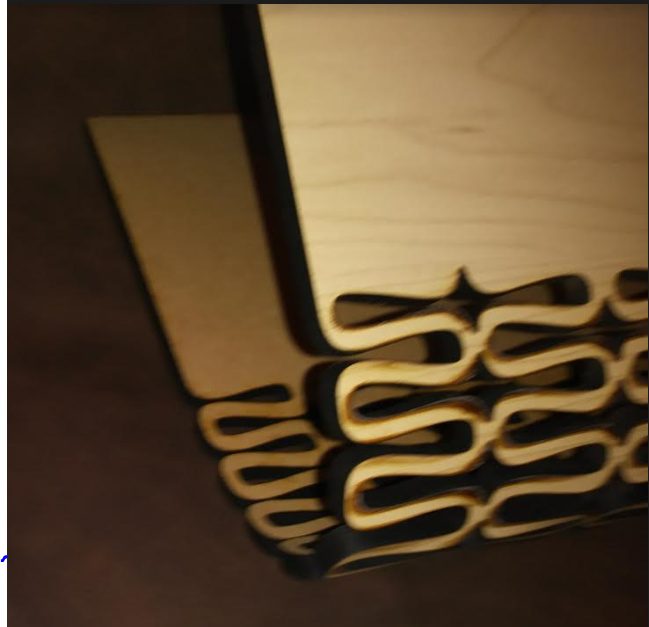 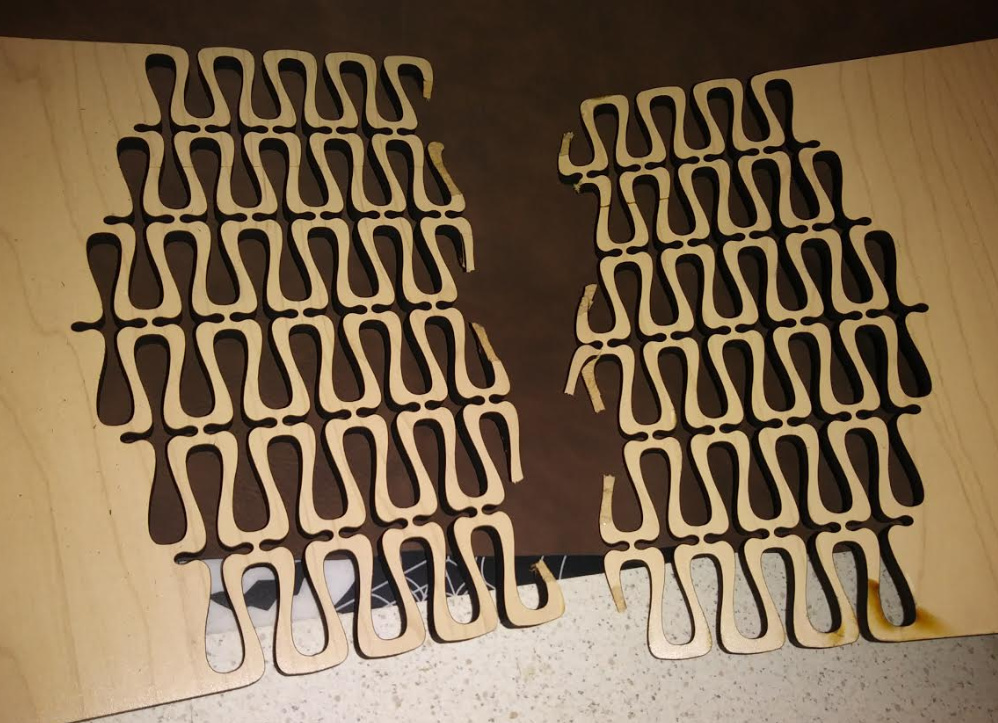 Now for handles there are a lot of ideas, ovals, D shaped, C shaped,etc. with just as many ways to attach. I got to thinking about using a hinged handle (unfortuatly an attached handle limits size on a non-pass-thru basic…) 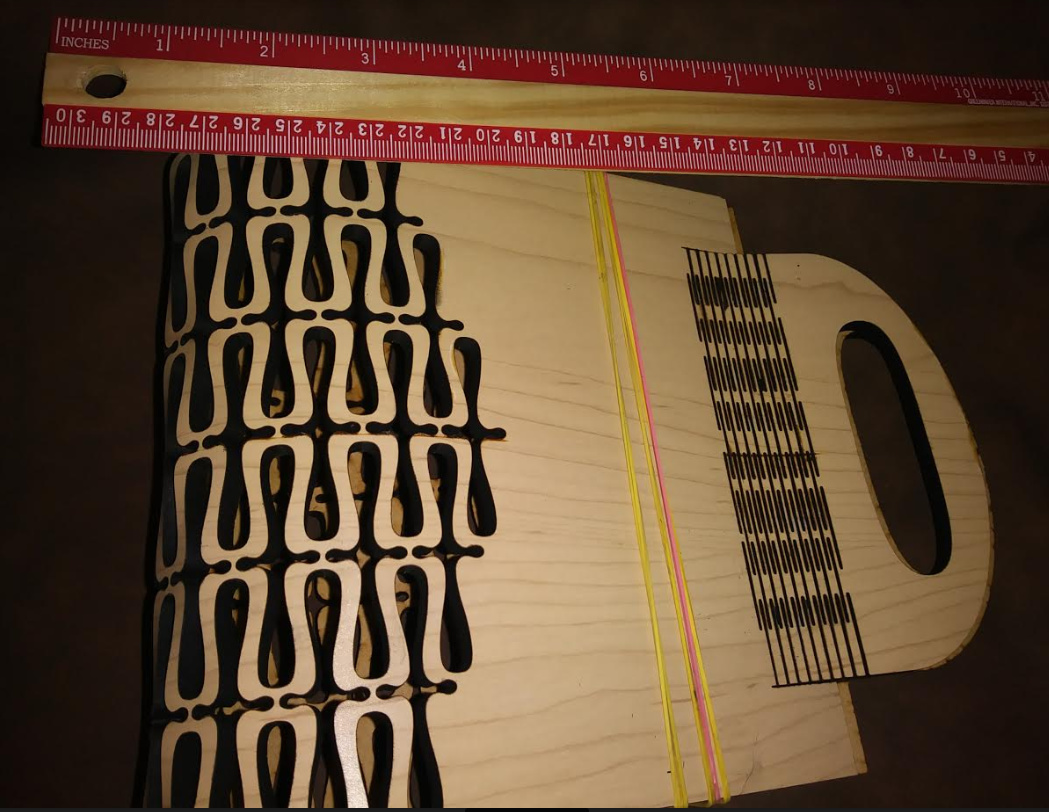 The unfortunate thing while printing out (cutting? lasing?) this idea last night I apparently had a fire at some point during the hour+ print. The weird thing was I was 5 feet away (watching youtube videos) the whole time and didn’t notice … The night before I set off the smoke detector in the hallway (true story) so I cleaned out the (filthy ) screen outside the vent - the one in my window. Cleaned the lens, mirrors, etc - what a diff. But then when I took out this print I noticed SEVERE burn/ char on one side… 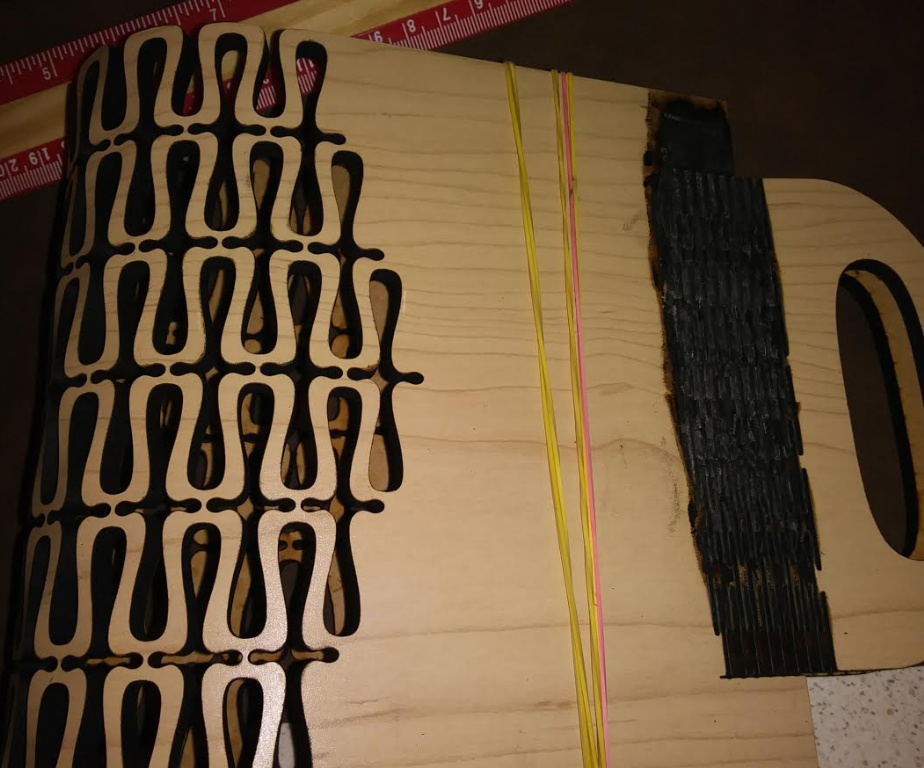 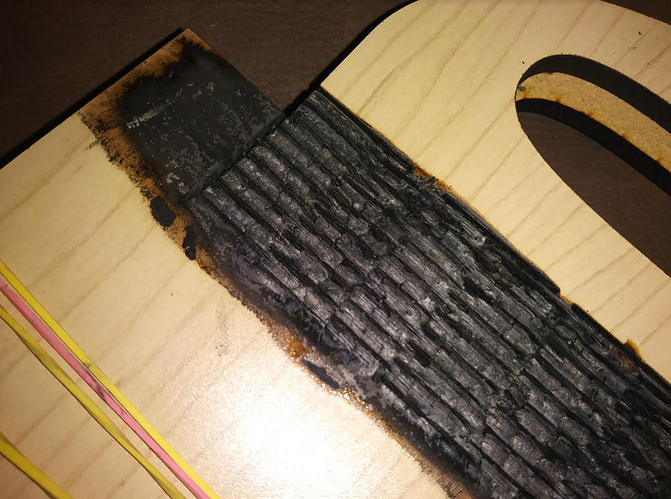 image.jpg1079×804 305 KB
The masking is completly (obviously if it was flame) ablated…
The wood height was ok

image.jpg1804×554 247 KB
…other wise those lines near it would char… You can see that section at the bottom should be clear like the right side… Hopefully user ignorance, not a power spike or something… it’s possible the masking on the narrow hinge lines pealed up and caught fire. but even those (I would think) would flare quickly and leave some other trace… Will maybe try again tonight when it cools off…

btw what about the purse design - any ideas, hints for linings ( i don’t know why Im designing a clutch - not planning on selling at this time- just still like "makin’ stuff.) Oh that brown background is the leatherette® from Johnsons Plastics that I haven’t had a chance to use yet…

Cool idea! Pity about the charring. Maybe speed up the cut.

Maybe speed up the cut.

Just odd how the other handle (same project opposite side in the 2 pics) cut fine and the hinge/handles are identical. I literally made one hinged handle then copied and flipped it to put on other side. Interesting that the burned area did not cut through either…

Is that plywood? Those hidden pockets filled with air, glue, and bondo are impossible to cut through. I’ve been doing the same thing for the last week on some cheap Home Depot ply.

If you hit a knot inside the veneer though- that’s what it does…it chars really black, and doesn’t cut through.

Particularly if you are using plywood that is wood all the way through, I have found that soaking it in water so it is wet but not dripping, you have to kick up the energy for the cut but the flame will not travel and burn where it is still wet, After, soaked in alcohol it will bend much easier and when the alcohol drys the bend will be the natural state. the living hinge works up to a point but bent with alcohol first the bent is the starting point.

PS I Lpve that zigzag and should be thinking along those lines for lamps.

Actually it’s pressboard I believe (not plywood, no grain or knots) looks like the heavier proofgrade hardboard but with the “paper” grain pattern on it. So the grain is just a thin paper coating, the rest is like pressed particle board. 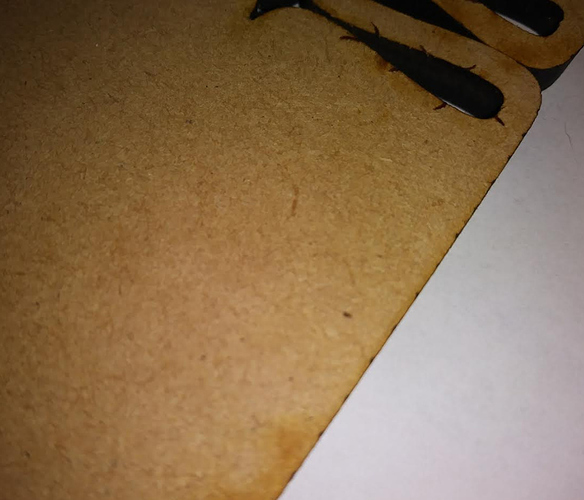 Yes. I tried that with the Proofgrade MDF and it returned to the sawdust from which it came. I tried a very tight “living hinge” that broke on a filled strip, and was really too tight, so I soaked the remainder, bent it 180 degrees and let it dry that way and got this" 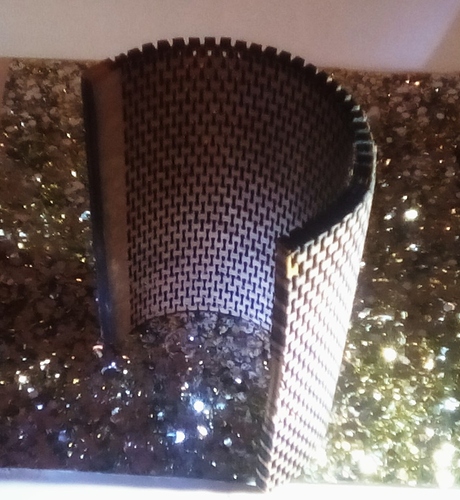 It still is a “living hinge” that can go back and forth a few degrees but its resting point is what you see and would break if you made it flat while still dry.