Question about box generator from Festi

Hey folks–I’m having an issue that I hope someone can help with. I need to make some custom boxes out of cardboard. I’ve checked out all the box generators and my favorite is the one at http://www.festi.info/boxes.py/, because of all the lid options and such.

Problem is, if you zoom way in to the inner corner of all the joints, I get a very strange inner curve that I’m pretty sure won’t cut well. I’d prefer it to be just a square cut. Here’s what I’m talking about: 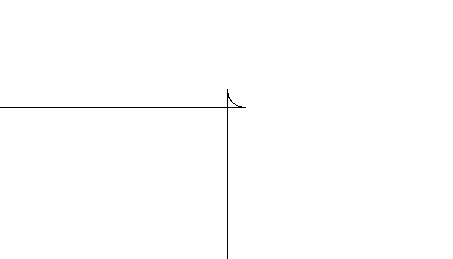 Does anybody know if this is something controlled by one of the many options in the program? My cardboard thickness is 0.104" which is smaller that the default 3 mm, and I’m wondering if that’s what’s coming into play here.

Any help much appreciated!

Haven’t tried that one. That do look funky.

You might be able to take that into AI and just trim those off with the scissors tool pretty quickly…the lines don’t have to be joined.

I noticed the overcuts from boxes.py a while ago (I use it a bunch); i don’t think it’s your material.

You can trim them down or leave them alone, the joints seem to work well either way (i’ve done both).

Wouldn’t an over-cut pattern like that reduce charring at the right angle point, which can be particularly bad with materials like cardboard?

I think this is how the script generates and not a result of the material size.

Thanks for the input! I’ll just go ahead and use the files then. Must be a feature, not a bug.

I have cut boxes of boxes using those scripts and although I see the file features, they’ve never been noticeable in (my) finished products. YMMV.