So I turned my 3D design into vectors and made a 2 part wooden wall mount.

The 3d printed part is a snap fit and looks like the image right below.

The first part firmly screws into the in-wall box (the holes on the first part) that holds the electronics.

The second part, the face, has walnut veneer, which is exactly the right thickness to be flush with the screen. This second part then screws onto the first part.

The screen is glued to the second part.

This is just a prototype and I need to preposition the screw holes and cut larger holes in the veneer for the screw head. Also need to find some nice decorative screws and paint the IR led part. 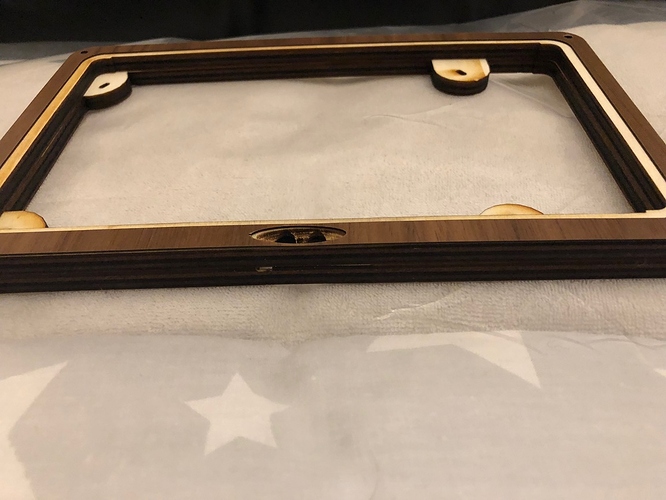 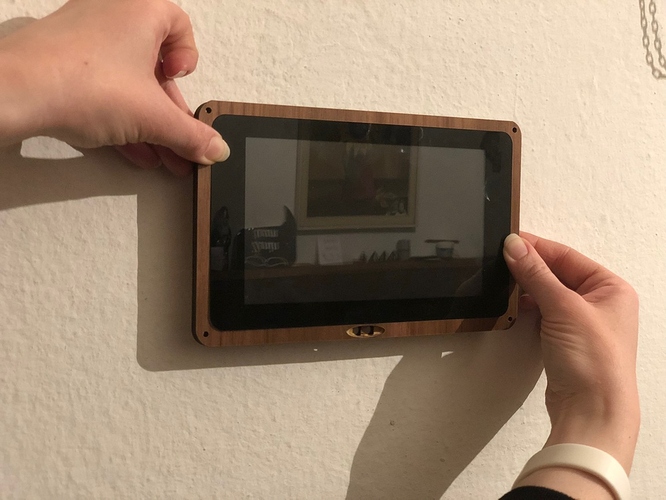 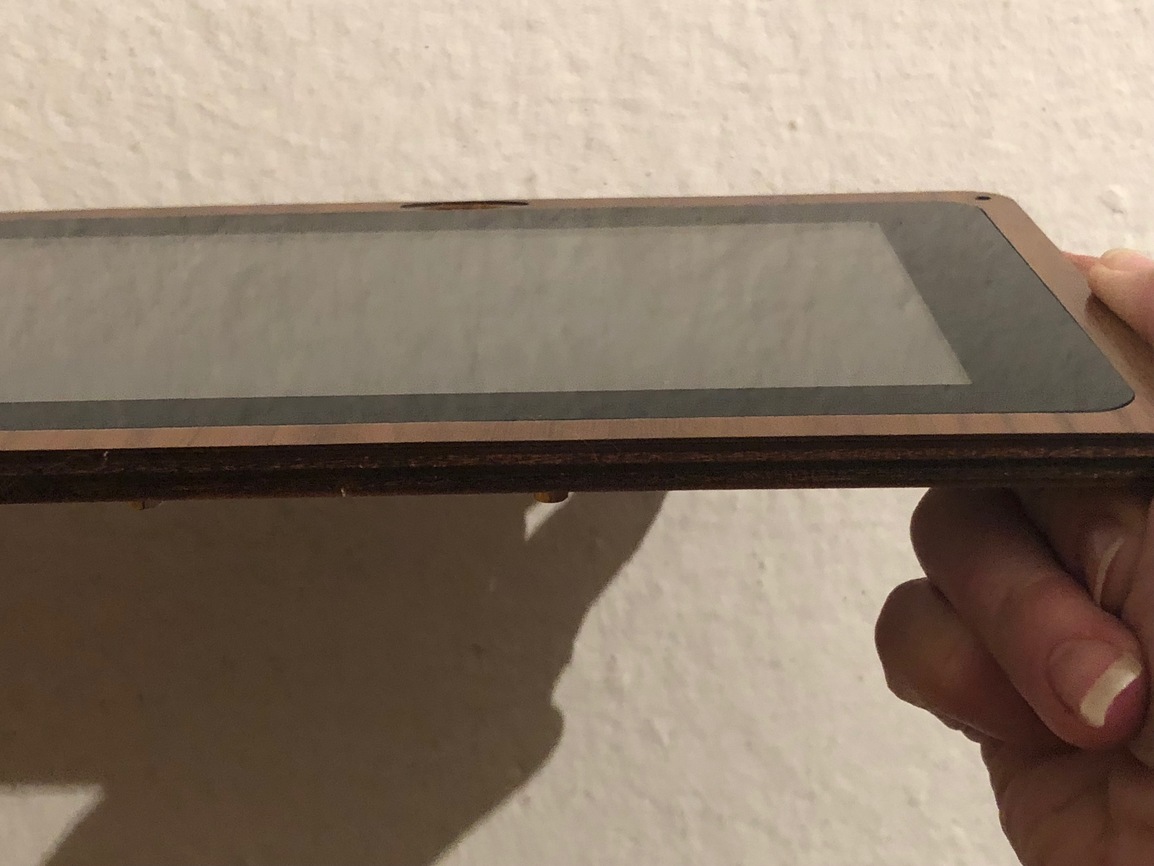 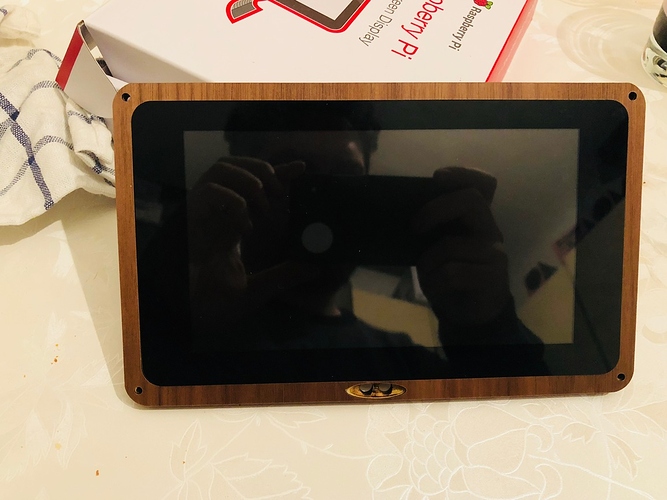 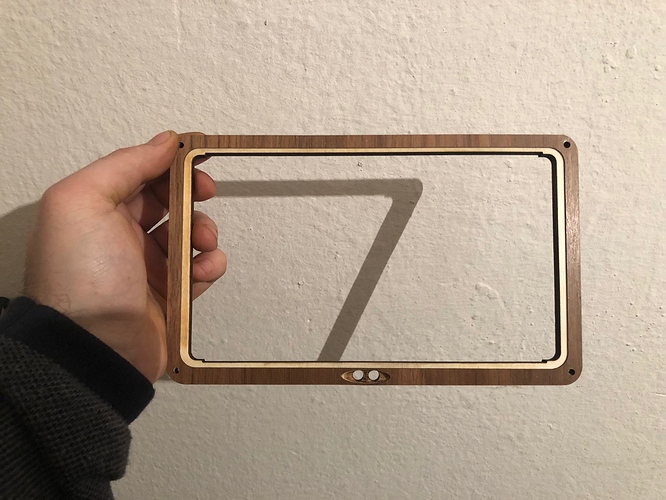 EDIT: The two large holes at the bottom are for IR LED’s that control the whole room.

AC, TV. Anything that has IR receiver.

And also controls the HVAC, radio and anything else I can think of… This is basically going to be the control center for the room it is in.

Which screen are you using? 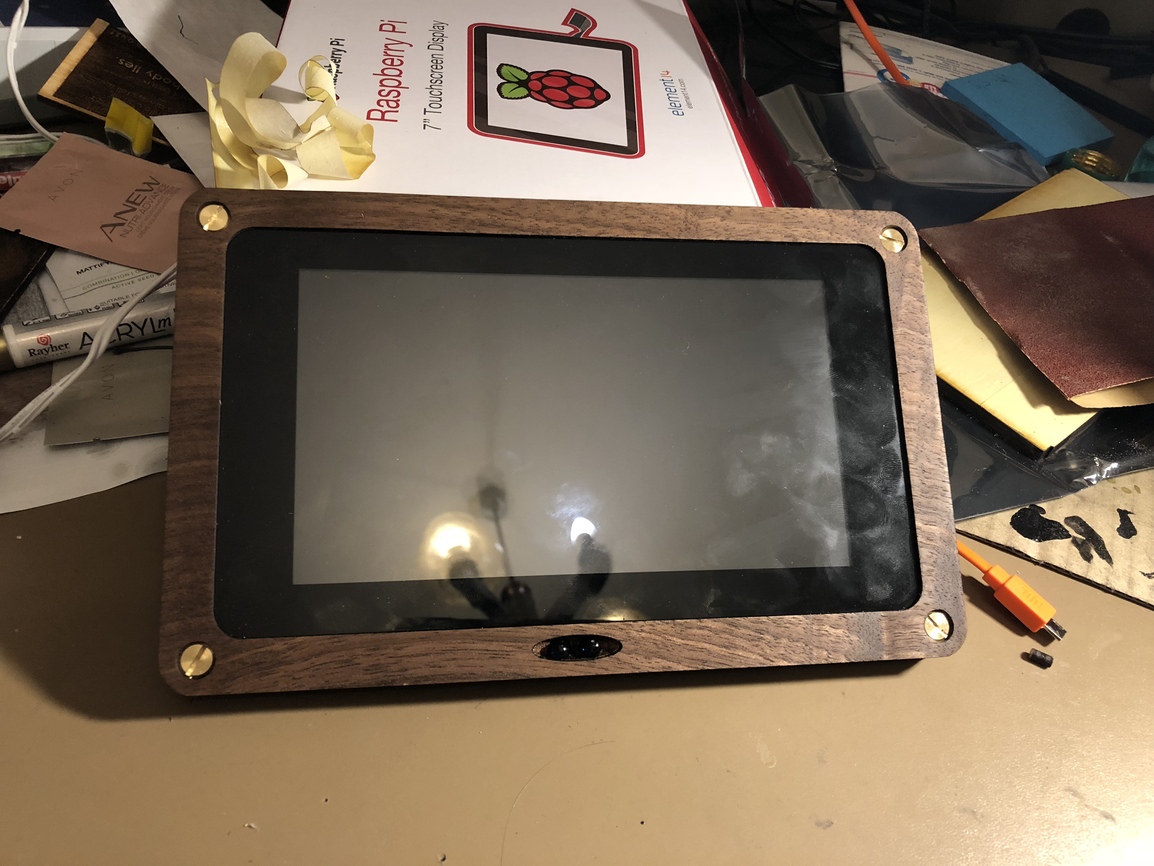 Version 2 of the prototype. Got some 2.5mm veneer. And the sunken screen looks better imo. Also added just one finish of oil.

The only change I’d make is aligning the screw slots all in the same orientation (horizontal, vertical, diagonal, something)…just a little CDO here

What a sleek project! The sunken screen and screw head holes are pleasing details.

I cant stop making these screens.

Here’s a nother desing I tried.

Not sure about this one. Was more of an experiment, so I was rushing it. Hence the squares are a bit funky

But I decided not to sink the screws for future ones. 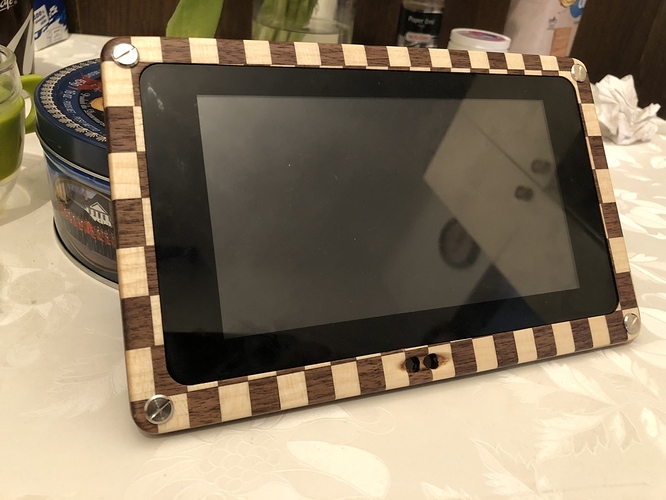 I need one of these for my kindle fire 7 we use to control the Smarthome stuff. Very nice.