Could you follow up the raster ablation with a score around the edges to clean it up?

AWESOME! Thank you so much Evansd2!

Here you go, one thread:

I spent a lot of time today dialing in settings for the Easyweed product from Siser. We have a cricut, but the limitation is the ability to weed the excess material from intricate designs. I was intrigued to learn that you could engrave away the design on a laser, not having to weed at all. It is also a lot easier said than done. There is a fine fine line between engraving away the excess HTV and keeping the backing in tact. However, with a lot of trial and error, I did get great results: …

I think so - but the ablation is still so dirty in the negative spaces that I would need to figure that out before moving on. Thank you! Good Idea for when I get a bit further on …

Ah - I jumped the gun on your first suggestion - thanks anyway for that file - still very useful. I found the post regarding the Siser product yesterday and tried to use the same settings for Stahls HTV. No joy, I think the material thickness or composition must be different. Thanks for linking that. I may have to order the Siser product to try.

So that cut test… there is a engraving test equivalent.

I hesitate to recommend it, because I generally think it’s hard to get engraving dialed in in a meaningful way – there are so many variables. That being said, this is one case where it might help because the material is in theory really consistent. Let me dig one up for you.

This is a good simple-ish example:

Engraving test! I know there are many of these out there already but I wanted something faster than the full blown tests. After all there is not much difference below 50% power. This test takes about 12 minutes and just checks between full and 75 percent engraving and is much smaller as not to waste to much wood.

You can really go (imo) overboard on this though. There are some seriously detailed engrave tests out there.

I think @rbtdanforth has a really complicated one that would probably overkill this job, but it’s good to know about. @rbtdanforth, you got any advice here?

Very cool - it gives me an idea of making something similar for thin film style materials. I think the thickness on the Stahls HTV is something like 0.009 - so I may try to create a test equivalent. Thanks for your input so far, its been very helpful!

@rbtdanforth has a really complicated one that would probably overkill this job, but it’s good to know about.

I have a mod of @evansd2’s design that I use as a standard reference for each type of wood. They are small enough to fit them all in a box and they don’t use up much of the wood that you need the information about.

Others have done much more complex styles if you have the spare wood.

Well, in these things, the difference in materials only affects the settings you use. Like you could upload the art, name it “film engrave test” and then set the power and speed range accordingly.

Then you can (advanced power user move) bookmark the tests in your browser, and you can bust them out whenever you need them. Just like that, new materials are no longer a mystery.

Got it - that makes sense. I’m going to try this out right now. Thanks again!

Ok! This is probably an edge case for some Glowforge users but I think I have found something that works for me. After trying dozens of varying speeds and power intensities it was getting pretty discouraging. Even when able to achieve a kiss cut it wasn’t very clean especially in parts of the design that were high detailed or designed to look distressed. The best way I found was with a two pass raster etch.

Also critical is that the color of design that you are trying to etch out leaving only the carrier sheet must be 20% grey. The first pass will look pretty cruddy but the second pass cleans it up nicely!

This specific combination produces a clean carrier sheet with nicely isolated graphic elements when used with Stahls Fashion film in white. Other colors or brands of laser safe HTV may not produce the same results depending on how much light energy the material absorbs or the thickness of materials.

Thanks everyone who helped out with this!

Glad you figured out a setting. The test templates helped dial it in?

Thank you! It did! Looking at the test template you linked It got me to thinking of how to create a simple graphic which just ended up being 10 squares that started at 10% grey all the way up to 100 black. From there it was just a matter of seeing which of the squares had the HTV ablated cleanly while leaving the carrier sheet intact. The extra trick was dialing in multiple passes with it and not using any of the dithering or pattern modes of engraving.

I’m new at this so I probably would have stumbled along one variable at a time for another week unless you had sent that. Thanks again!

Yeah using greyscale and variable power is a good shortcut too, you just need to know what color to make your rasters at that point. Nice trick!

Thank you- Appreciate you sending me in the right direction. I just got my Glowforge and is my first experience on the forum. The community has been great so far!

If anyone is interested here is the result! My wife and I have a small side gig doing direct to garment ( DTG ) and screen printed apparel. I wanted to integrate heat transfer vinyl for doing just the garment tags. Up until now HTV wasn’t an option because of all the weeding needed. With the glowforge blasting away all those areas that would normally need to be weeded HTV is actually a viable option now. This way we can batch create sizing tags and have them ready to heat press after the rest of the garment has been DTG or screen printed.

One less thing to line up on the press. Messing up a garment that’s been completed just because the size tag didn’t screen or DTG properly sucks. Hopefully this helps with that.

Also attached is the simple guide I made to figure this out as well as a screen shot of the latest optimized settings and the final result when pressed onto a garment. 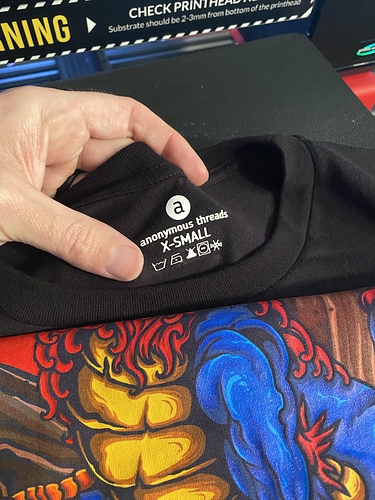 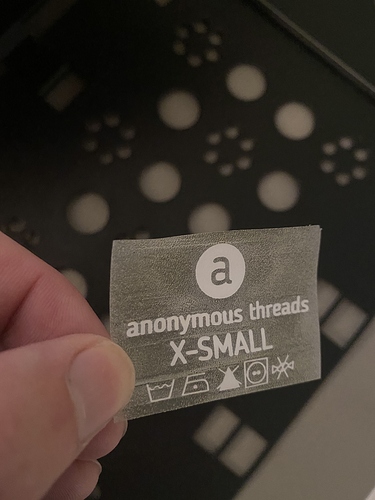 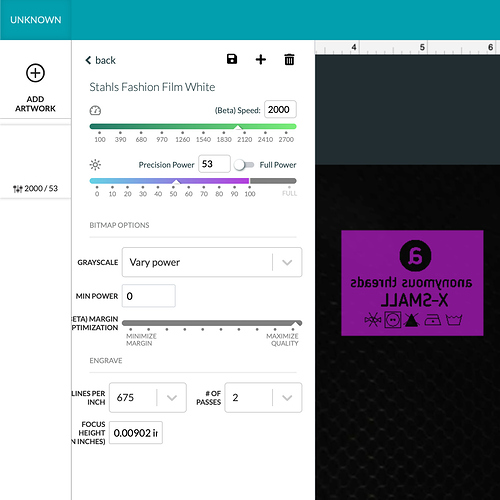 That’s amazing. I would have not expected the material to be removed so cleanly.

Thanks for showing your work. I have made some large HTV siser weed graphics for my son but have also been wanting to make some simple HTV name labels for my daughter. This shows me that I should easily be able to accomplish my goal.

This was very helpful thank you! I was wondering if you had updated your settings now that it seems our beta speeds only go up to 1400?

Bitmap images still engrave at faster speeds. Vector engraves max out at 1000. Depending on your file, you may have to experiment starting with these settings.