, I thought that I would use this as an opportunity to design a custom stand while also learning Autodesk Fusion 360.

I couldn’t be happier with the results! 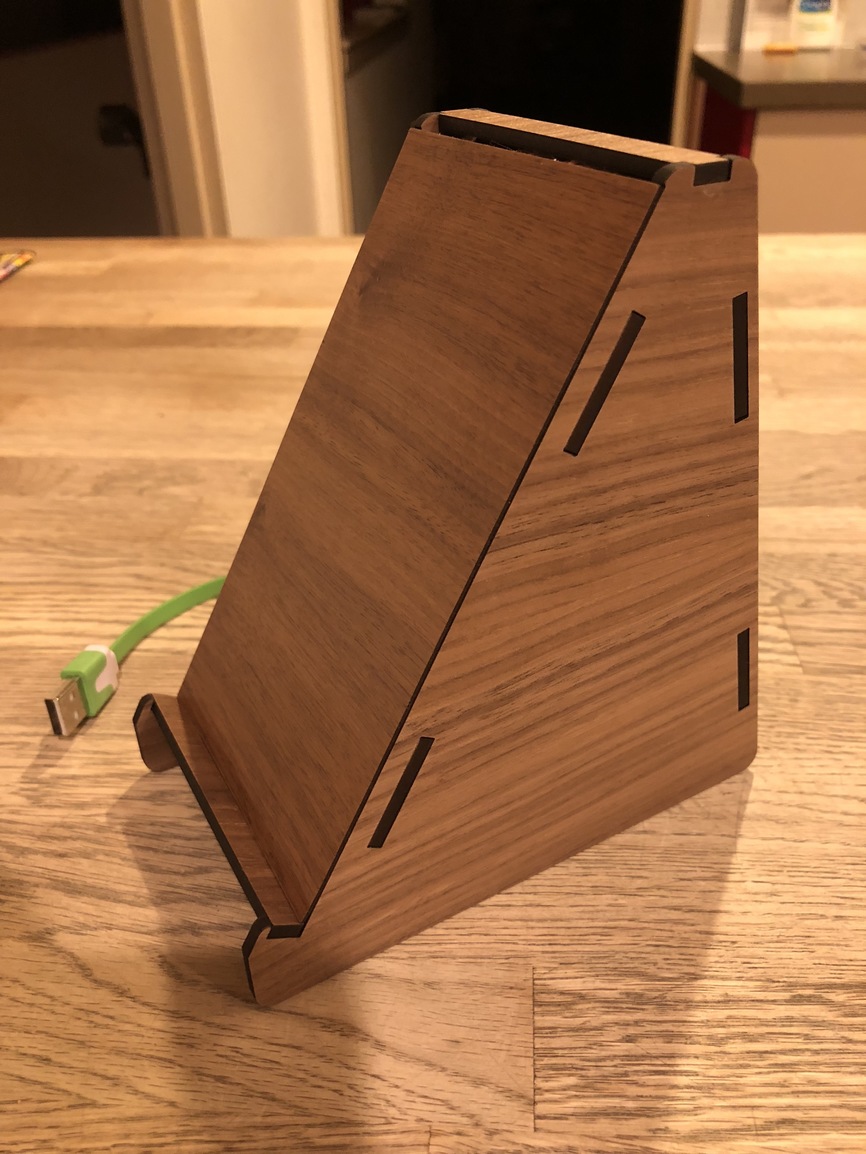 walnut plywood for exterior faces, draftboard for an internal support, and walnut veneer for the surface that my phone rests on just above the inductive charging coils. 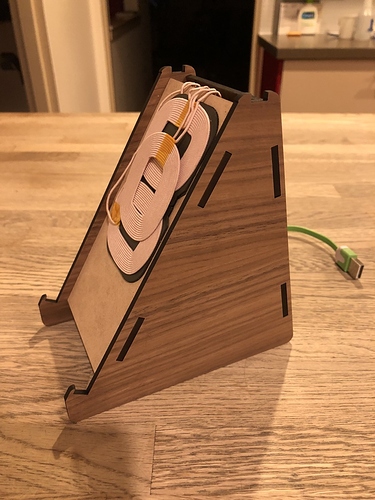 The circuit board hangs behind the charging coils: 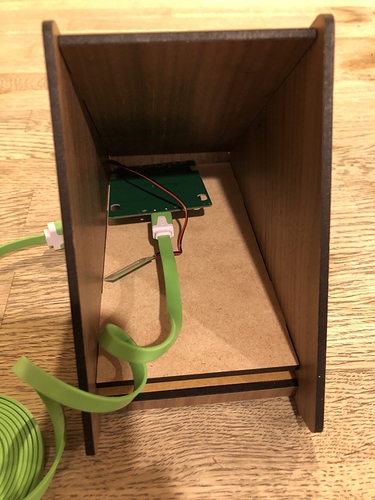 My favorite part of the design process is the speed at which I can now iterate. In less than 10 minutes, I can make an update to my model in Fusion 360 and cut and assemble a new cardboard version of my model. Contrast this with my Makerbot Replicator 2 which would easily take a couple of hours to print each revision.

Here is a picture of the evolving model, starting with early cardboard prototypes, enhancements printed with

draftboard, and the final version in 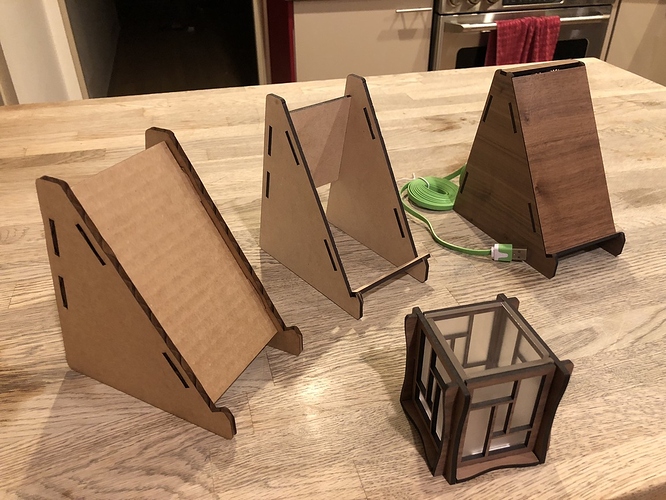 So much fun! Thank you @dan and the rest of the

Been thinking of making a box/shelf that incorporated a wireless charging circuit. This is encouraging to see.

Go for it! I recommend using veneer for the surface upon which your phone rests as it minimizes the distance between your phone and the coils and the coils can also adhere to the sticky backside of the veneer.

Nice work! This is a great project for learning Fusion 360. You could charge a lot for this