This is my first, yet long overdue, post. I’ve been playing with my Glowforge as often as I can scrape together the time. I would be doing a lot more with it, if I had a practical way of ventilating the exhaust while I wait for the air filter to ship out. I do have a plan in the works to make things a lot easier during my wait, but more on that later…

So, out of all the things I’ve made thus far, I think this is the most practical. It’s just a prototype for now, I’m making a nicer version that my wife can use for the dishwashers where she works. They were using a piece of stained and beat up paper taped to the front of the dishwasher to indicate whether the dishes were clean or not. The idea, of course, is to stop people from mixing their dirty dishes in with the recently cleaned ones. She was hoping to continue with the function of some signage but hoped for a nicer aesthetic. That’s where the Glowforge come in!

I made a prototype design for the two sides of my reversible dishwasher magnet in illustrator that had the following: 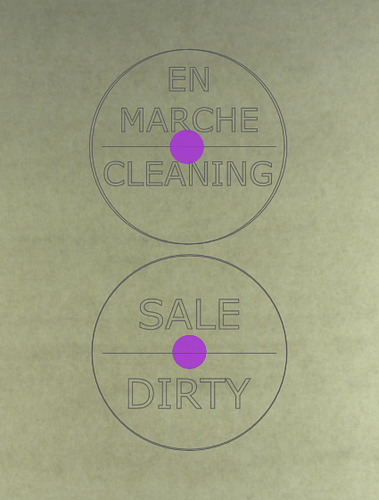 Once I had a simple design I liked, off I went to the glowforge app to getter done.

The first thing I needed to sort out was how to control the depth of my pocket. I experimented a lot with settings and ended up settling on the following settings based on the thickness of the little magnets that I was using: 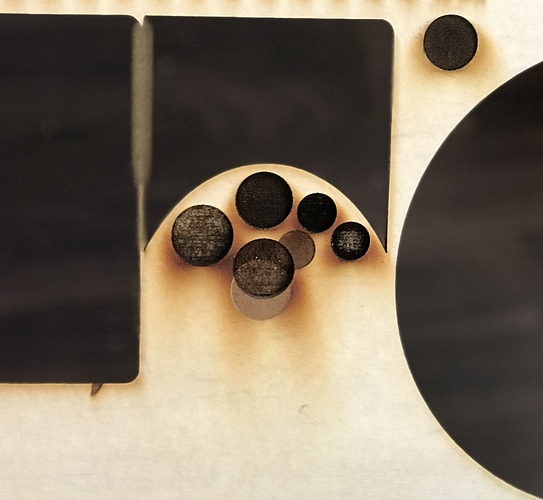 This gave me just enough depth on each half of the design to fit my magnet in nicely.

Then, all I had to do was cut it all out and assemble with some Loctite 454 gel adhesive and I was done: (sorry for the lighting on some of the images) 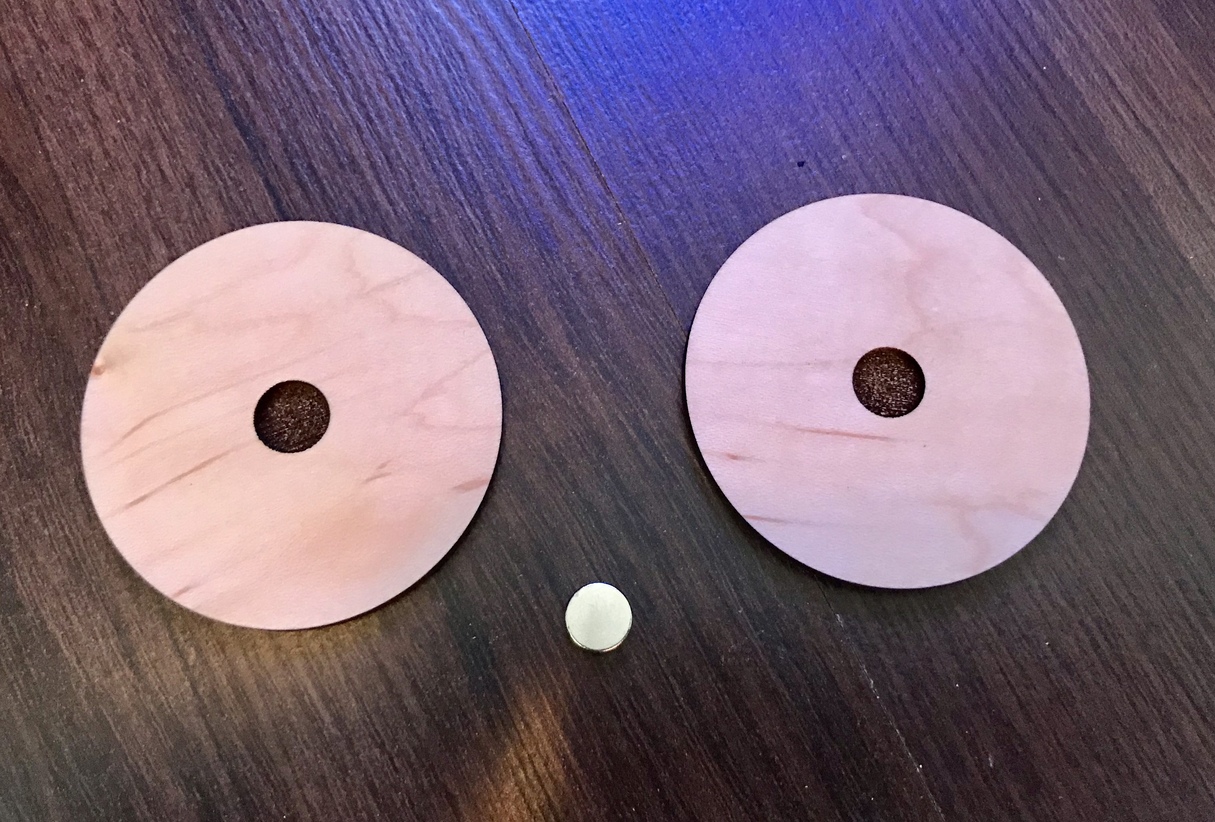 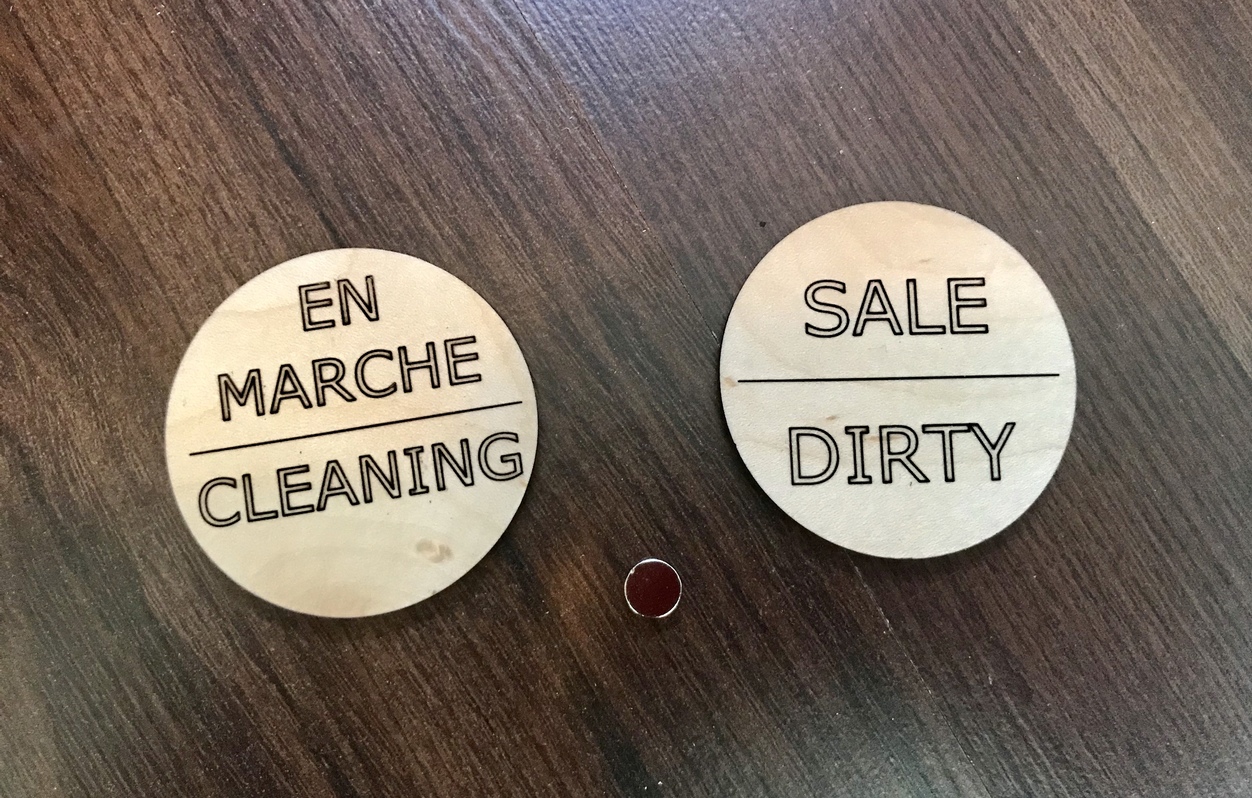 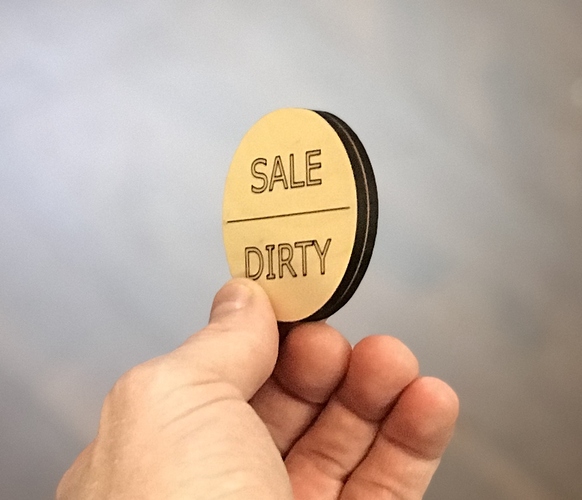 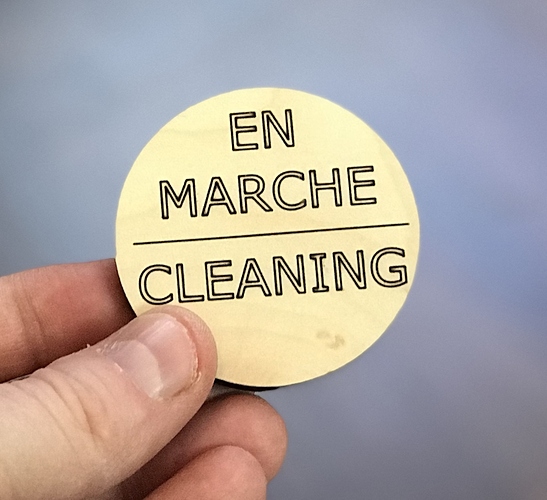 Great job! (Can certainly relate to the stained bit of paper!)

Nice. Here’s hoping the dishwasher has a steel door.

Just kidding. Yes, the dishwashers in question have metal doors. We already tested the prototype