My kid is obsessed with the Stonekeeper graphic novel series by Kazu Kibuishi. The protagonist Emily has a magic amulet. After unsuccessfully searching the interwebs to buy my kid one, I decided to make her one. Aka Just-in-time Christmas gifting. 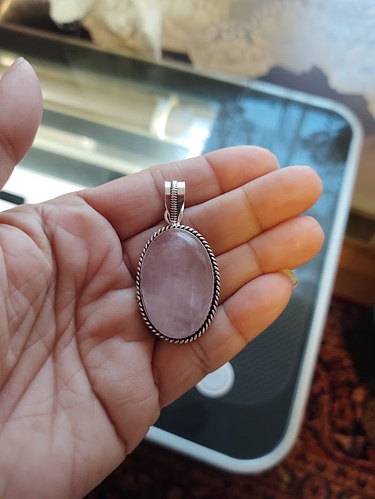 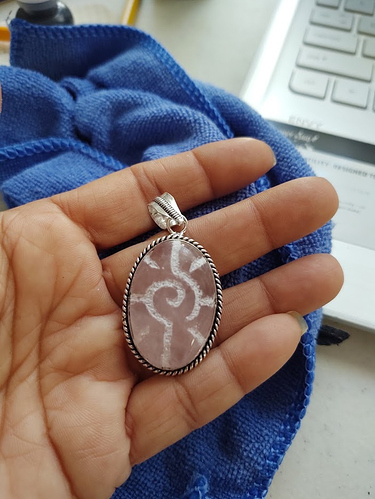 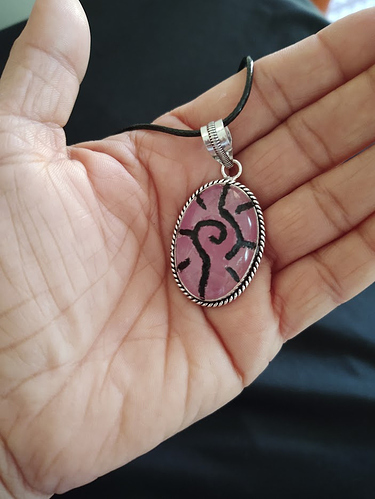 When it came out it was clearly engraved, but kinda rough. Some roughness is because the curve of the stone I figure, but mostly because it’s quartz I’m guessing? So I used some acrylic paint to darken the engraving. I’m not a great painter - this kind of detail stuff is not my cup of tea. But I think the kid will like the darkened look better. (I also painted the back of the stone pink to make it more pink when light shines through.) When the paint dries, I’ll spray a sealer on it.

I’m thinking I might try again with scoring, because now that I look closer at the graphic novel, it is more scored than engraved. And I have 4 more blanks. But for Christmas, here’s hoping my 8 year old doesn’t mind.

The roughness is because you did a very hard engrave, your power lpi and speed combo dumped a lot of laser energy into the stone causing to to crack and spall.

thank you! I poked around on the forums for a while trying to get just this sort of info, but failed. Any tips on scoring/cutting into quartz?

Cutting depth in the stone with the laser isn’t a very successful process. The beam just can’t do it smoothly. A Dremel with a diamond bit could do it but it’s not exactly what you’re asking for, sounds like.

That looks lovely already. She’s going to love it!

I totally saw a person in the first image. Is it just me or can anyone else see it?

Head and torso with the left arm going across and the right hand at the chin?

Thought I was going crazier

Hope she enjoys it!

First glance at first image gave me the impression of a faint engraving of a person on the back.

The Ghost in the Stone.

Don’t know why my keyboard capitalized that, but it makes a great title. 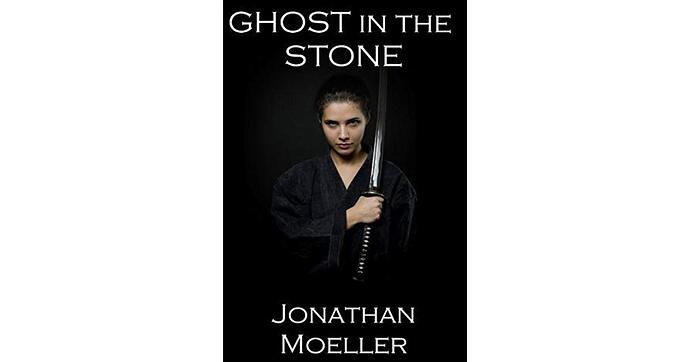 Caina Amalas is a Ghost nightfighter, an assassin and spy of the Emperor, and her cunning saved the city of Marsis from a brutal invasion...

It’s the spirit in the stone, to power the amulet. Or something.

went back to look and easily saw it