It’s scortching through the masking?! That shouldn’t happen with it.
A couple of things…

You are a god to me right now! Lightning may be coming, so I quickly have to once again think of you as human. Translation: thank you!

Non of my pieces were flat. Not even my proofgrade material. I’d read that before, but can I put newspaper under the warped wood, or will I catch the whole house on fire?

but can I put newspaper under the warped wood, or will I catch the whole house on fire?

I’d focus on flattening the material. Personally I’ve always used magnets to do that. But lately I’ve read that some are having issues using them all of a sudden. I haven’t had a need to use them since I’ve read that, so I don’t know if it’s the specific magnets some people are using or not. I use pretty flat 1" diameter magnets and have never run into issues.

Depending on the material, you may be able to flatten it by increasing or decresing the humidity. Of course, it’s possible the material will warp again under similar conditions. You may simply be able to sandwich the material between 2 flat surfaces and put them in a vice… or even just between to heavy flat books overnight could do it.

As for burning your house down, be responisble… because nobody else is responsible for your actions.

Thanks. Of course I’ll be responsible. Thanks for the input.

I don’t know if it’s the specific magnets some people are using or not.

The issue is that if you try moving metal in a strong magnetic field it sets up electric currents and if the field is strong or the speed fast the electric currents can get out of hand. The problem was there all along bit it was not until experienced folk had new machines and a setup that would kill the whole job if the head fan quit. And the head fan would go badly above an un-shielded neo magnet.

Shielded magnets are sold with a steel cover that reduces the field beyond shield, and thus will not disrupt the fan, I had many Neo magnets already the were un-shielded but I also had some steel flashing to make my own shields. wrapping the top and sides with the flashing and wrapping that in tape.

Much better than the newspaper if you add masking to the bottom all that scorching will be absorbed by the masking and protect your wood and not start any bonfires.

The issue is that when a running electrical motor passes through the field from a permanent magnet, the speed of the motor can change. If the magnet is strong enough, the motor speed might change a fair amount. In earlier versions of the GF’s software, the air assist fan speed wasn’t checked, or wasn’t checked to the same RPM limits in use now. I’d been using rare earth magnets no problem for almost a year, but now my GF stops whenever the print head gets near one…

This is the great input I was looking for. Thank you rdtdanforth.

Where on the gf do you put the magnet? Can you post a pic? Thanks!

And nobody is responsible for your actions either. You be careful too. Be very very responsible.

I have a bunch of round Neodymium magnets, about 15mm x 3mm. I use them to hold the material down to the crumb tray, which is mild steel that the magnets really like. They’re much better than using hold-down pins because you are not limited to just the edges of the material. If the board is a little warped in the middle, I could put a magnet or two there and they’d suck it down flat.

Magnets are also good if you have multiple cuts that result in part that’s not attached to anything anymore. A magnet in the middle of the cut keeps the air assist fan from blowing it away while it does the other parts in the same job.

I never observed any problems with the operation of the Air Assist fan in all the times I used magnets. But now the print stops every time. I have to open up and move the magnet someplace else, and then re-run the job (duplicating any cuts that had already been completed before the job stopped).

It’s really annoying. I am not that heavy a user, so I don’t think it’s my fan. And GF did announce changes in the fan handling. So hopefully they’ll loosen up the limits on fan speed in a subsequent update and I’ll be able to use the magnets again.

hopefully they’ll loosen up the limits on fan speed

I have seen the fan stop completely in the field of the magnets.more to the point, you have only to think of what happens with something spinning at a few though RPM to not want to have it happen
https://www.physlink.com/education/askexperts/ae512.cfm

Where on the gf do you put the magnet?

For me, the front 4 or 5 inches of the crumb tray seems to be a safe zone for magnets. The air assist fan is that far behind the laser port (lens) on the head. So the air assist fan can not pass over magnets in that area. Depending on your design placement other areas would likely be OK but that will depend on the design and motion path.

I went from 1 mm to 2 mm magnets, and that’s when it started affecting my air assist fan. Now I just make sure to only use magnets on the front and sides where it won’t go, and use holddown pins everywhere else.

My eye-opening situation was a magnet about 4 inches in when the cut was shut down , and I had not made 3 cuts on the new machine. They turned off the app on my machine and my next cut I watched as the smoke ceased blowing forward when the head was several inches around the magnet. I then became aware it was the magnetic field that was the issue, Thinking about it I was slapping my head for stupidity as I knew very well the effects of electrically conductive material moving through an electrical field. This includes motors and boards on the laser head even though the speed is pretty slow by comparison to the big fan/

If you have a compass or measuring tool that could measure the field of shielded and un shielded magnets. I have not tested it but I think just a steel washer the size of the magnet could have a very good effect.

There are a few different ways you can reduce stray field from a magnet. There’s even a class of alloy usually referred to as “MuMetal” (although that is a trade name of one specific type) that is specifically designed to block a magnetic field.

I do intend to make some steel “caps” for my magnets to see if that will help. Since I want to continue to be able to use magnets. 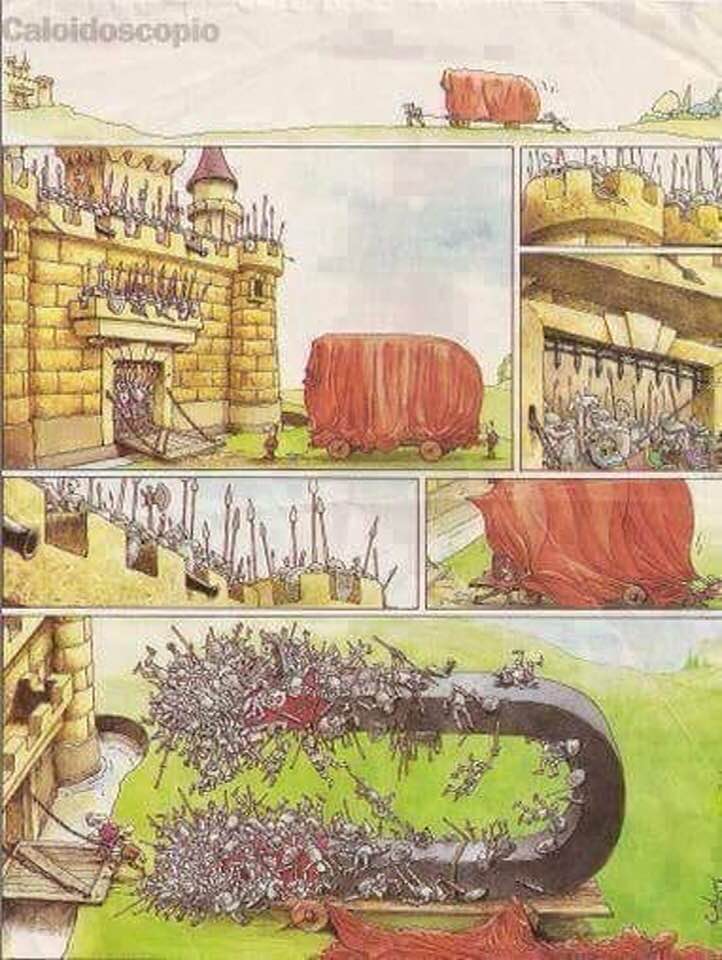 The guy in the bronze armor Wns!

Why wasn’t the magnet already working before they removed the shroud? Could it be they were using a MuMetal shroud?