We started making the headbands for the Proto Shield medical face shield on our Glowforge to donate to hospital ICUs (the 020 PETG faceplates are being cut elsewhere): 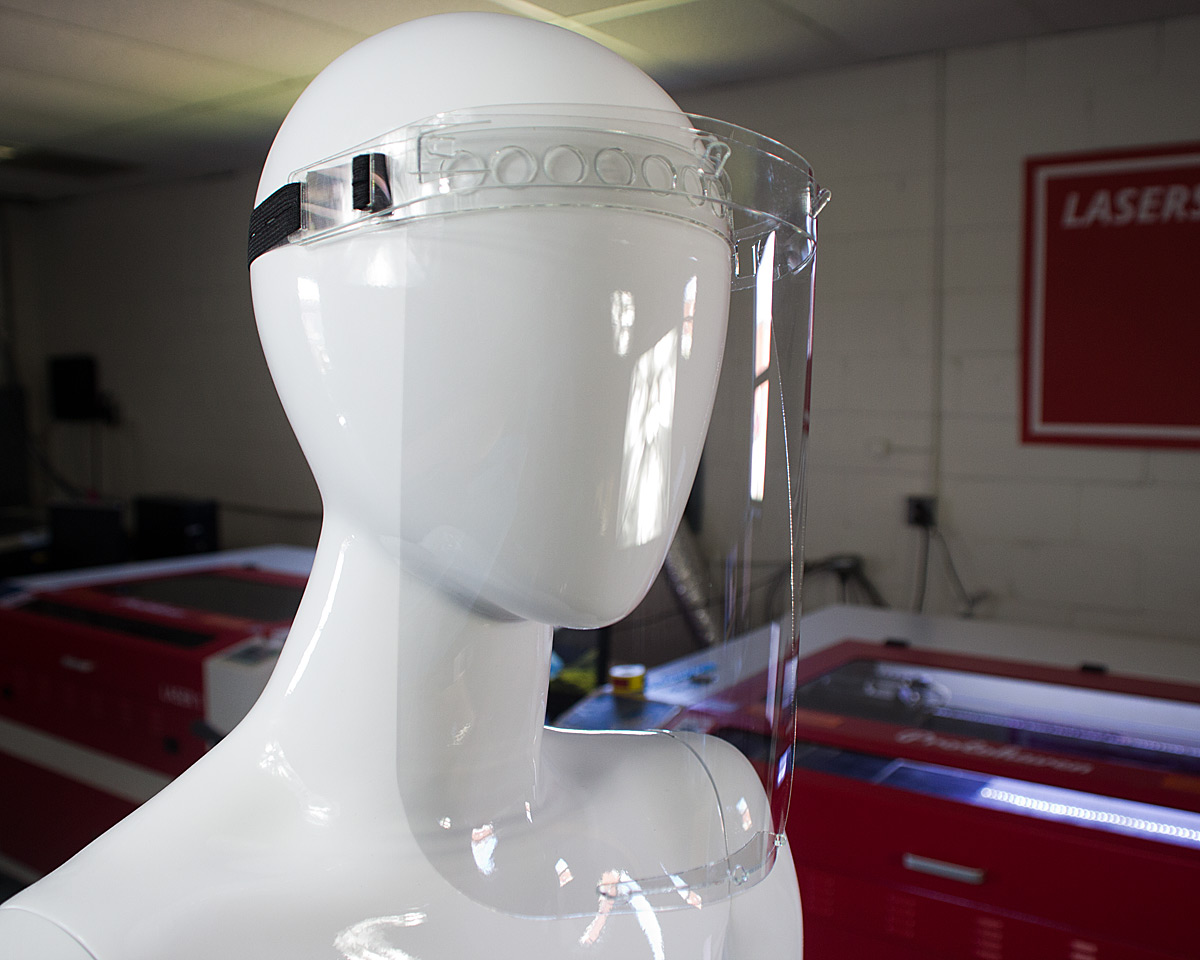 The Proto Shield is an open-source, low-cost, quickly produced face shield. It is designed to be functionally equivalent to the Prusa face shield. It’s just 100x faster to make. The visor is …

It’s a laser-only face shield designed to be functionally equivalent and part-compatible to the Prusa Shield that everyone is 3D printing right now, except 100x faster because laser. It uses 060 PETG. 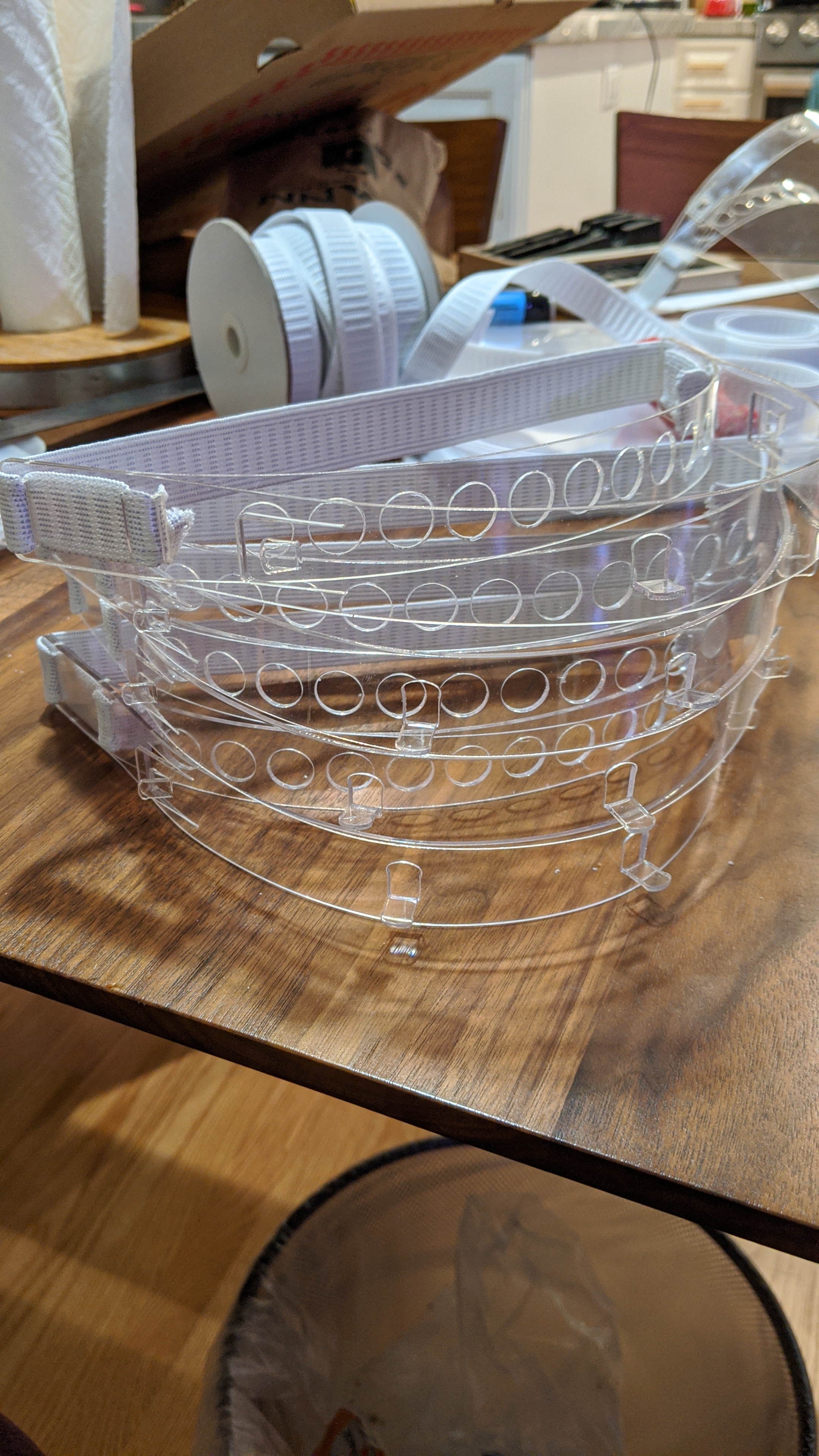 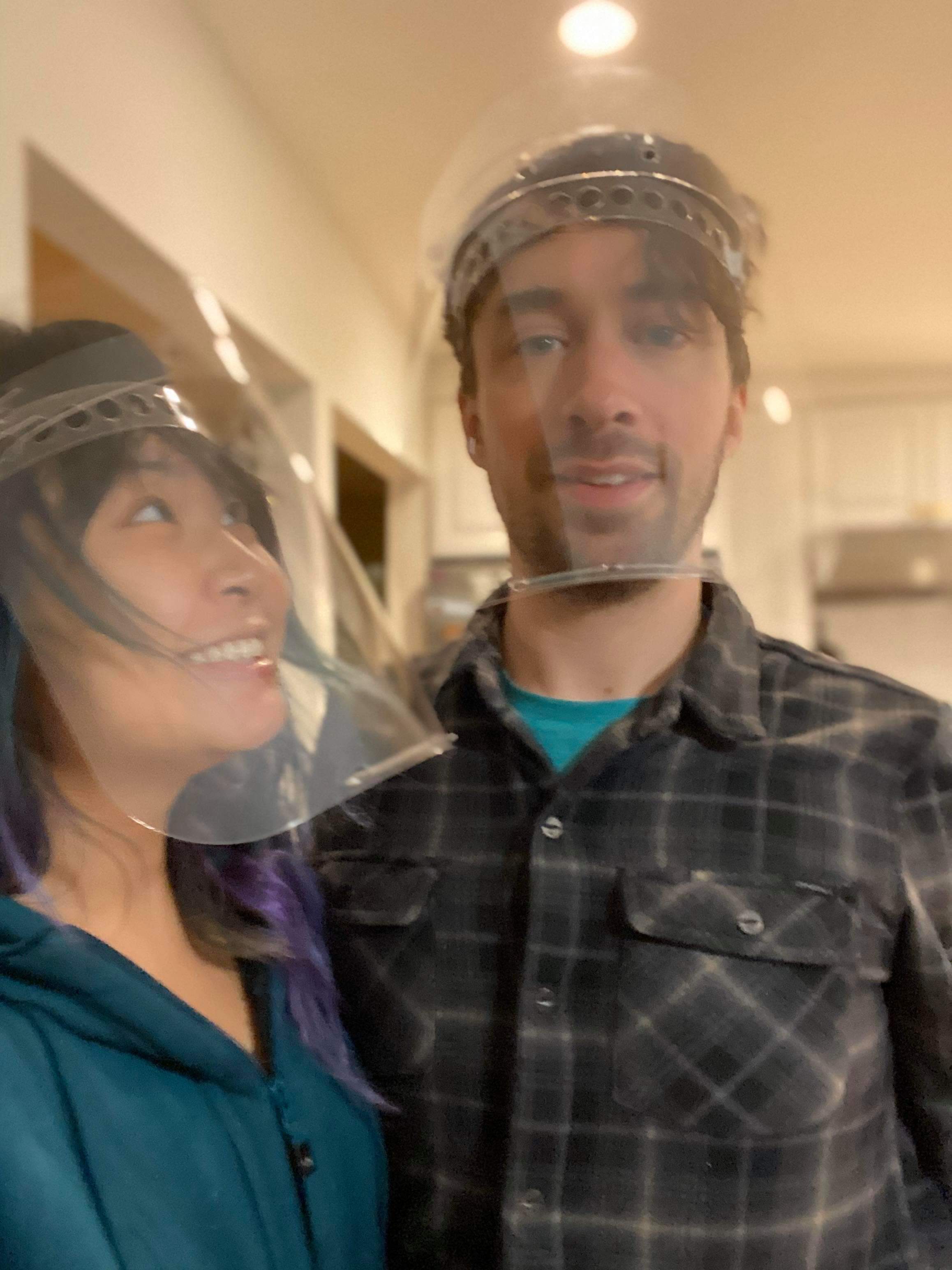 Some observations based on our experience:

With these settings the 060 did cut beautifully. I think slightly thinner PETG can still work but be less terrible, because…

The fumes are also pretty intense and no doubt toxic.

The peg-bending parts were the trickiest. You can easily break the band if you’re not careful.

Since I want to get this batch out ASAP I taped over the back of each peg hole as a stopgap measure.(literally! lol)

After some research I think taping over the holes with 3m Polyester Film Tape 850 would be a good solution in the future. It’s strong, permanent, temperature and chemical resistant, and designed to be used on polyester—which is what PETG is. Closing the holes with silicone may also be a good option.

While technically removable, it would be a pain to have to remove and reattach it all the time for disinfection (as it’s designed to do on the 3D printed Prusa shield), and I’m honestly not sure how well the elastic would hold up. The elastic is also what holds the two pieces of the headband together.

I think the template should be modified so that the elastic isn’t the only element holding the two parts together, so the elastic can be more easily slipped on and off for disinfecting.

One SDS shows the following data:

ben1, can you provide a link to that SDS? I’ve looked at info from a number of PETG manufacturers, and haven’t seen anything like that.

Thanks ben1. Considerably more detail than in anything I found. Too bad there’s no indications of quantity released.
Did find this article about laser cutting PETG, which has settings for non-Glowforge lasers.
Laser settings for PETG (non-Glowforge)