Settings for the Bellinghamster Tile Maps 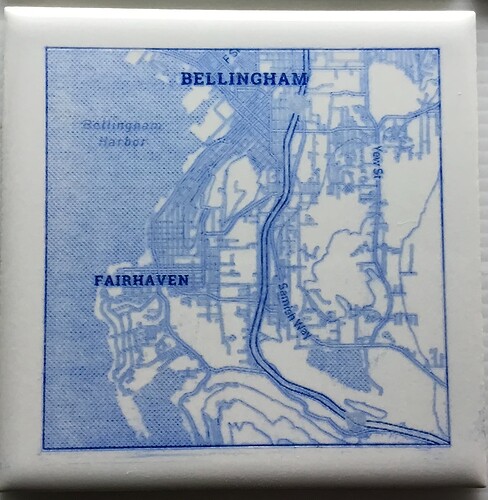 I was surprised at how crisp the edge lines were. One tile did exhibit surface cracking; next time I’ll prep them better. In this engrave, there was no other damage.

Tiles vary a lot, so ymmv too… but if you’re seeing spalling it might be worth testing at a higher speed to see how it looks?

Only one had a crack and there was no other damage. I like the look of the results, though I will probably speed it up if I use those tiles again.