Some friends of our have a rather popular small business, and asked if I would be able to make a sign for them. Everything about what they wanted, I’d been wanting to make for some while, so this was a great opportunity for all of us. 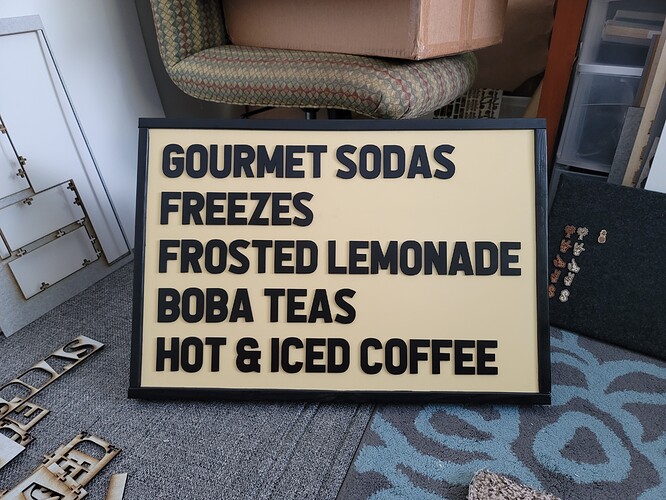 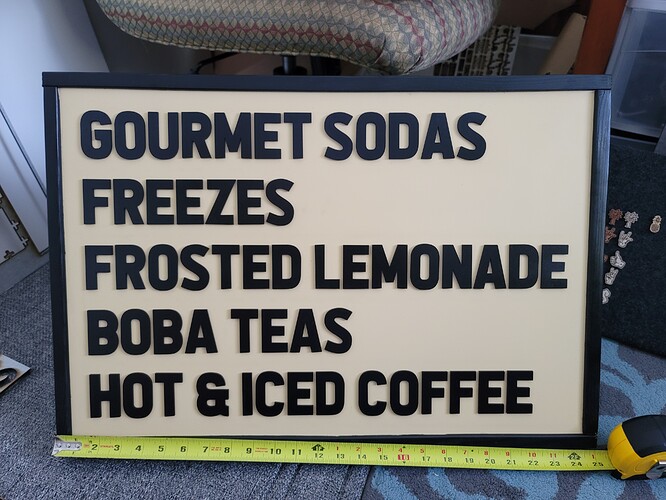 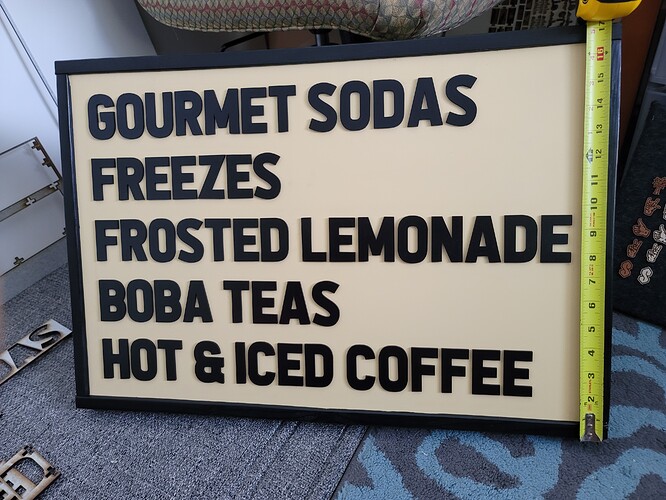 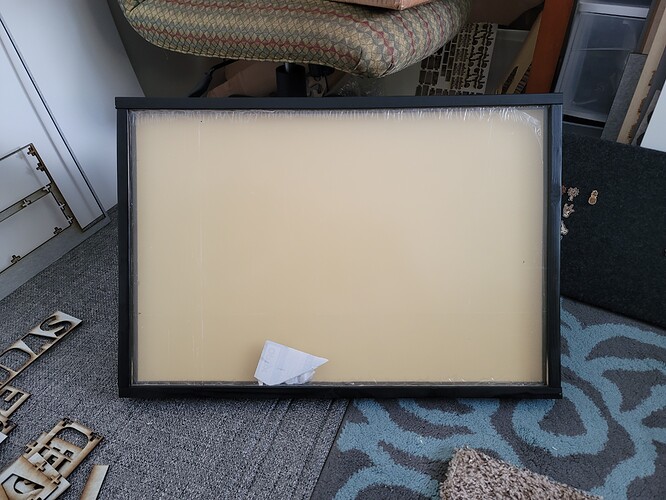 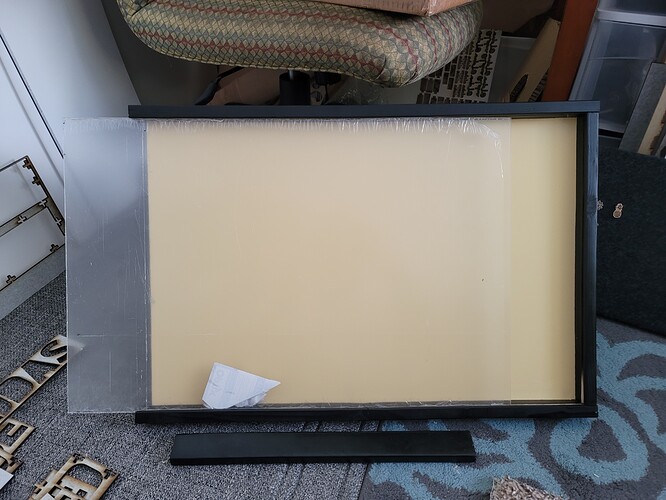 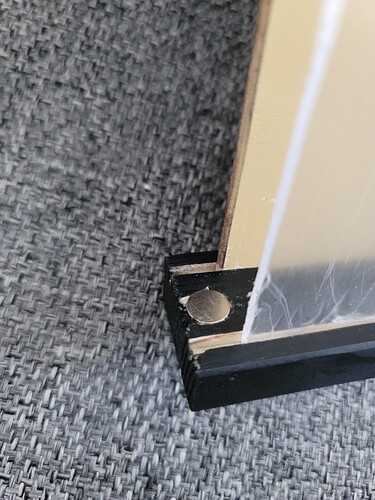 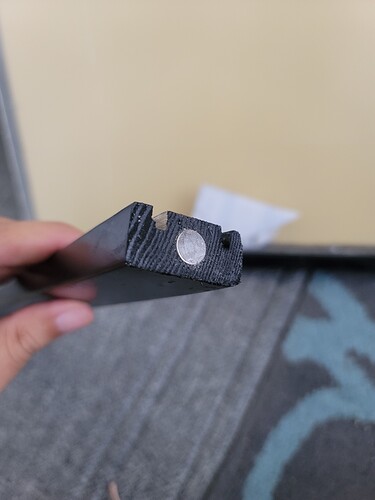 As you can see, this is a double sided sign, a shadow box, where one side lists their offerings, and the opposite will house pictures of some of those items. As for the building, I used 1x2 for the frame, painted, slots cut into them for the wood and plexiglass, then glued and screwed, with magnetic inserts for the one end. The yellow panel is painted MDF, cut to size, and the opposite side is plexiglass, also cut to size. A hidden addition is a tiny sliver of leather as well, where when I cut the plexiglass I deviated just a little bit, so one end needed to be raised slightly. Cut the sliver of leather, super glued it into the slot, and now the plexiglass fits much better.

As for placing and aligning the words, I used double sided 3M adhesive, similar to what comes on Proofgrade Veneer, on painted MDF and did the following: 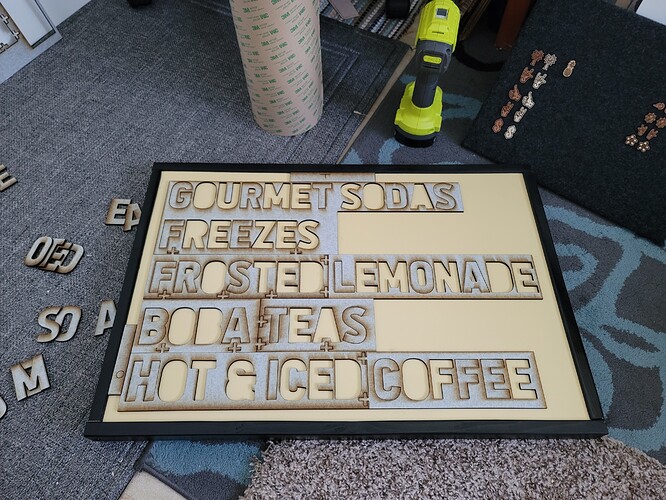 Added spacers to the top and side edge for the box jigs I did for the lettering and to those boxes I made cross style puzzle joints to help align and space everything according to the original design.

Quite time consuming to peel the 3M protective layer, place each letter, and then also have to remove the masking, but man, does it make for a good looking sign, and one where I’m confident the letters will not fall off of. I’ve wanted to make a shadow box since the very beginning of owning my laser, and I’m happy to report that it was as fun as I’d always hoped it would be.

That turned out really nice.

That looks awesome! Worth the effort!!

So the idea is they put photos behind the plexiglas on the backside? Neat solution! It really looks classy.

Looks awesome. Great job, and I am sure your friends are trilled with it! I think your idea of the puzzle joints to align the words is brilliant.

puzzle joints to align the words

Yeah, I considered not adding them, but figured the extra time to do so was worth it, and it totally was!

Great job! You’re going to be asked to make more of those…

Yeah, I wouldn’t mind making more, it was fun to have to use multiple tools; I’m too used to only using the laser!

Made for a pristine finish. Very nice!