Signs for a Small Business

Been making quite a few inlay signs, lately, and had a local small business notice. Met up with the owner and we discussed what she would like. She makes baked goods, and mostly sells at Farmer’s market, and has a small trailer, but didn’t have any signage, so she thought I could help her out. I thought this would be a fun challenge, and for the most part, it was, but it didn’t go without its struggles. The first sign was easy enough - I brought her some samples of the materials I could use, and she requested a walnut background with black painted wording, the second sign is where things got more difficult, but that was due to my inexperience

She wanted a black border, with black font, and a gold background. Not too difficult, but she was wanting the biggest size possible I could make, which on a basic, is limited. 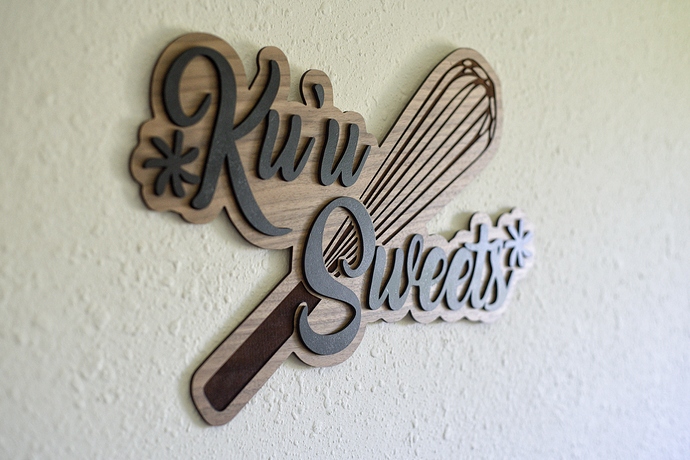 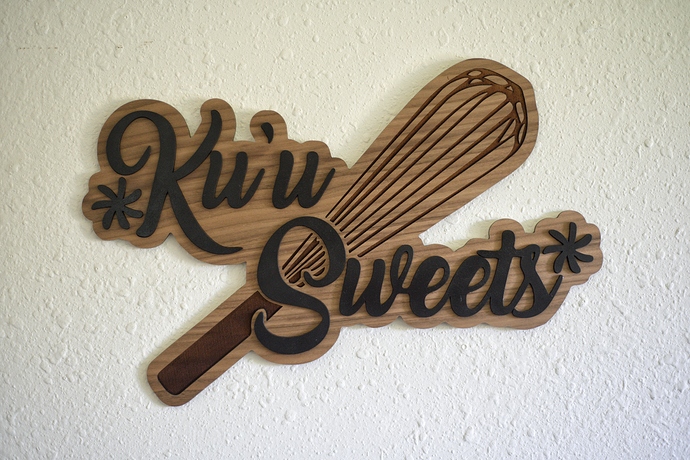 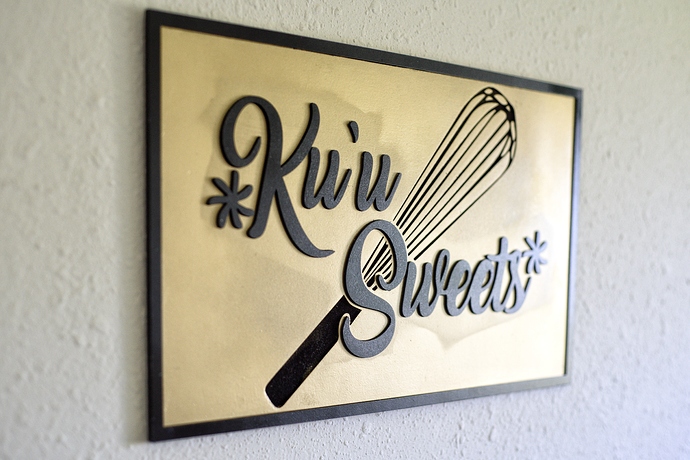 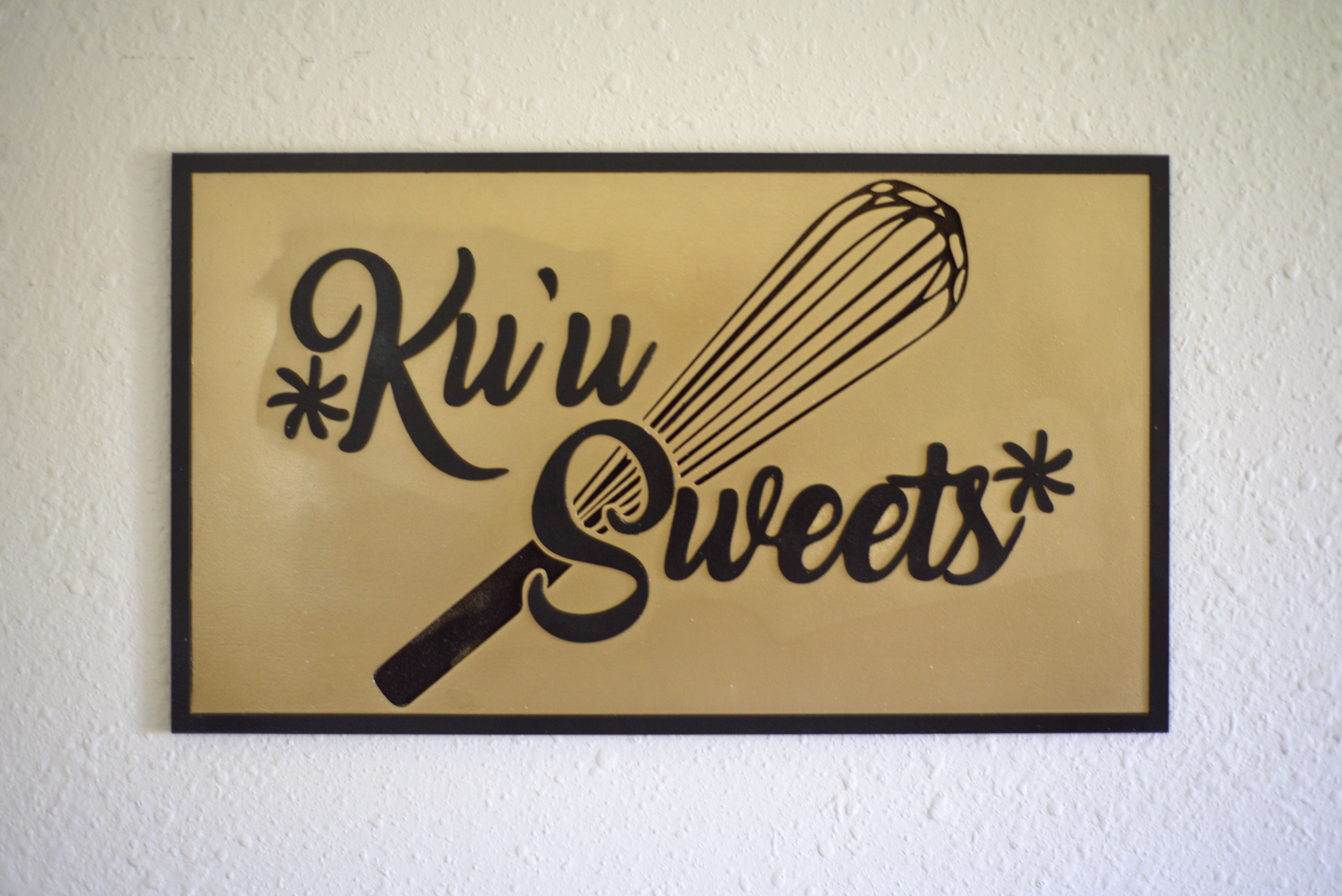 In order to make the border, I engrave the section that it will lay in, and in order to get to the extremes of the machine, I had to slow the laser down in half, making this my first 6 hour print! In hindsight, because of the laser being slowed down, I should have decreased the power, because now the depth of the engrave was deeper than I was expecting. If I were to do it again, I’d either not use the full bed, or cut the outside edge off and use thick PG for the border instead of inlaying it onto medium PG. The amount of time was ridiculous to use, so I won’t be doing it the previous way again.

The next hurdle was that I had forgotten to paint the sheet prior to printing, which means that the whisk, which is only engraved, would be filled with paint, so I had to cut out a whisk to inlay in while I painted to avoid it being painted. I also eventually had difficulties inlaying the letters because of the kerf wasn’t adjusted properly for the depth. The gold paint was tricky to get layered evenly, and when I retouched it, you can see that it isn’t perfect. It isn’t as noticeable straight on, and I’ll discuss this with the client when I give it to her and see what she thinks.

Needless to say, I learned a lot from this project, and I won’t be making the same mistakes again. They were fun, but a little stressful, for sure

Hard to put a price tag on experience and advancement on the learning curve. The end result looks very nice.

They look pretty snazzy to me.

Hope she’s happy with the end result as well.

Sweet signs! Most bigger projects seem to be more work than expected … But also help us pick up ideas for the next project we tackle. I’m sure she will love these!

Wow, there were a ton of spelling errors in this

Cleaned those right up.

Hard to put a price tag on experience and advancement on the learning curve.