I feel like there’s a use for this with Glowforge projects.

Make It Glide With UHMW Tape

Keep things from rubbing and sticking

I have no idea if it’s laser safe, that’s not what I mean… but we make a lot of boxes and drawers and stuff, this might make things slide more easily in those sorts of projects.

12 Likes
Just a little something for fun. One of my early prints...a roll top box
Having intermittent Autofocusing issues
shop August 26, 2019, 11:39pm #2

i can definitely think of uses for this. bookmarked for later use.

I have a roll and had not thought about lasering until just now. It’s safe, the question is does it cut or melt?

Hard to say. How do you know it’s safe?

But yeah I wasn’t thinking to laser it anyway.

does it cut or melt?

I think it is more likely to melt but if it is rubbing against steel it is more likely that the steel will wear down first. or that is my observation, could make a very interesting cutting board at momentarily cheap pricing for 5" wide material

How do you know it’s safe?

It’s just the looooong chain polymer of polyethylene. Not a chlorinated plastic.

Keep things from rubbing and sticking

Self adhesive teflon (PTFE) tapes are also a thing.

Can’t think of a use now but I bet I will after some ruminating.

Thanks for the link!

Can’t think of a use now but I bet I will after some ruminating.

It’s a great way to make a jig or sled slide well.

Can I put it on my shoes and glide across the dance floor or skate down the sidewalk?

If you also cover the sidewalk, I bet so. I take no responsibility for your hospital bills, but definitely take video for youtube.

It’s been something I have wanted to get since Matthias Wandel uses it often for parts that need to slip against each other. I have not found in it the stores and just have not gotten around to ordering it.

So many tapes. wow.

So many tapes. wow.

Much wow. Indeed, I have three racks in the lair and another in the shop. Need more. Who would think that there would be so many different types of tape?

I bought a Hallmark card once upon a time. The quote was “Tape me, I’m yours.” and it had a piece of adhesive tape in it. Always think of that card. 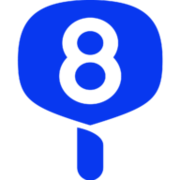 Paddle8 | For the 21st-century collector

We’re a platform that gives our global community access to the most in-demand fine art and collectibles.

skate down the sidewalk?

Skates work because they slide in one direction only while they bite in the other 90 degrees, trying to skate with the UMHW tape on your shoes would be a lot like trying to ice-skate on those same shoes.

More to the point if you pulled a wood pallet with some weight on it you would leave a trail of wood particles everywhere you went, while if that wood had a layer of UHMW on the bottom, you would not be grinding that off the bottom.

I wonder if that’s similar to the stuff they use for (computer) mouse feet/skates.