I’m trying to do a snowflake cutout for a candle votive (10x6x4"). I chose snowflakes that had a design that would cutout without falling out, but I am still problems. Where there’s too much detail close together the kerf? kind of burns together and the whole snowflake ends up falling out making no more detail than a simple star patter, if that. Sorry if that doesn’t make the most sense. Is there anyway I can simplify the design to prevent this. When the snowflakes are small the close in detail portions get burned up. I was thinking if rather than cutting the outline since the outsides are so close together if it could just do a single cut. ?? ! Maybe less power? snowflakeswind.svg.zip (455.1 KB) 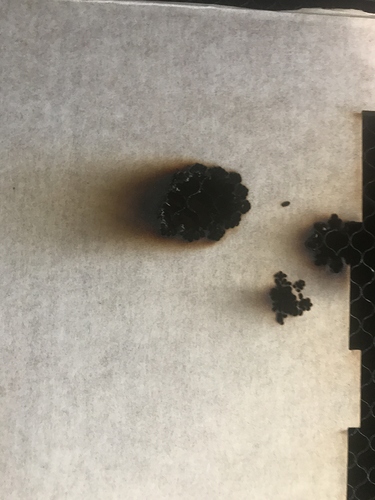 That seems like way too much power going into those areas, so I would suspect multiple copies of the cutlines superimposed on each other. We can check your file for that once you have uploaded it.

Given the size of that snowflake compared to the grid, it looks awfully small. You might need to scale it up significantly.

You might be able to cut that out of something super thin like paper or vellum, but for anything thicker, you haven’t left enough space for the kerf in the design, and it’s going to just char everything into ash.

I figured that was the case. This was a custom design so back to the drawing boar.

Snowflakes are tough to pull off anyway…they always wind up prone to breakage.

They just seem like a perfect fit for the glowforge though, and are so beautiful if done right.

Go large. (Or you could engrave them if you want to do them very small, but they tend to be about as fragile as the real thing if you try to cut them.)

Also, when you start thinking about the design of snowflakes most of them are designed to be cutout completely from the outside. That doesn’t really work when you’re trying to do the whole cutout suspended in wood if that makes sense. I’ve been doing some work with inverting images for cutouts and it makes your brain hurt after awhile.

I looked at the file and I think you’ll have a hard time getting a clean cut from most of the flakes it as it’s pretty messy. Some of the tiny cutouts are really close together with stray little lines scattered about so your results aren’t surprising. 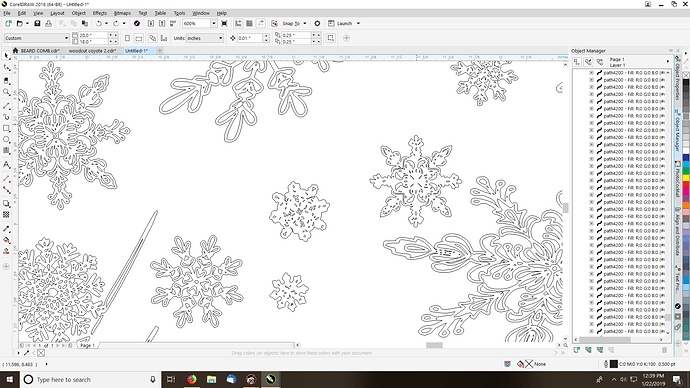 Not that it’s as fancy or pretty, but I had this in my files if it is a starting point for you.

Here’s a thought: why don’t you only cut the perimeter outline and engrave or score the rest? I think it would be pretty, especially in acrylic.

Even in paper, you could probably just put a small bounding box (enough to cover the object), subtract the snowflake design out, engrave, and it should leave you with a cut out snowflake.

How do I do that? Make paths and process the files separately? Is there a simple way? I’m a woodworker by trade and only as savy as required.

I went back to the drawing board and started fresh, went way big with the snowflakes, edited an adobe stock, and came up with this: Which I’m pretty happy with. It’s not perfect but I’ll take it. 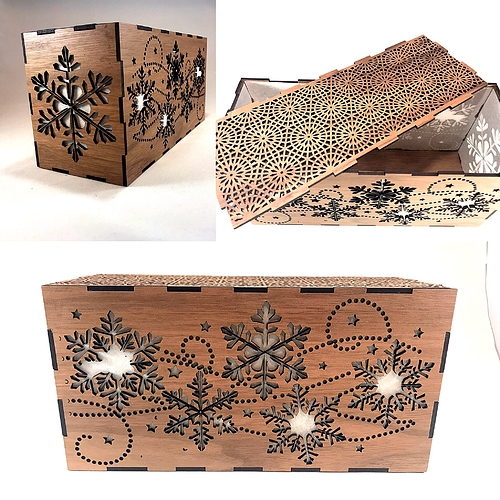 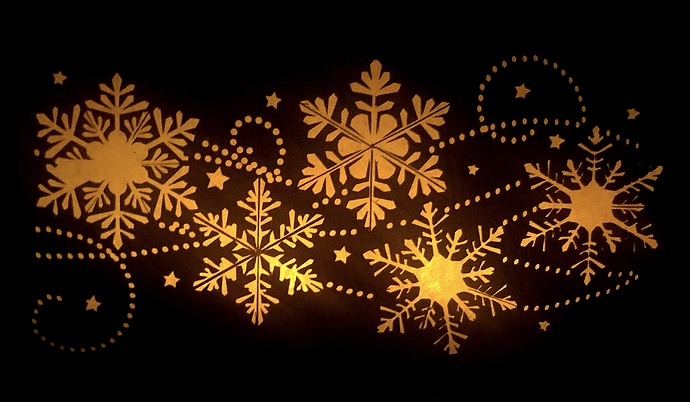 Wow! I can see why you were persuing it…that looks stunning back-lit!

Wow! You did a great job on it!