In my wandering about odd corners of the internet,I ran into this… 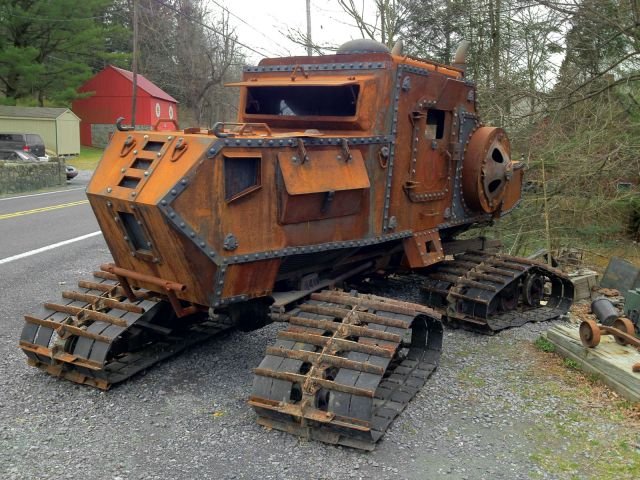 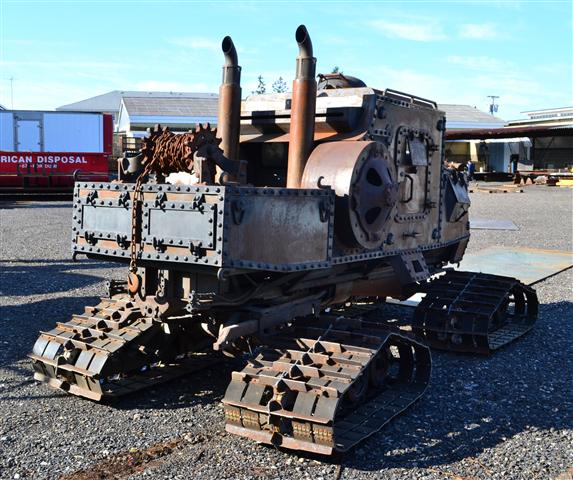 All flat surfaces very cool looking, or you can buy the real thing at somewhere between $15 and $40k depending on the report, but it just begs to be made for someone’s toy collection.

As long as the bomb is in deep snow

I have seen where they rotate the treads 180 degrees and run on the points and use thick hard rubber instead of the plates. not so good in snow but tears up streets less and has no issues with obstacles.

I would imagine that all the armor makes it weigh too much for efficient snow-travel anymore… but it still looks awesome.

Based on a tucker snowcat… 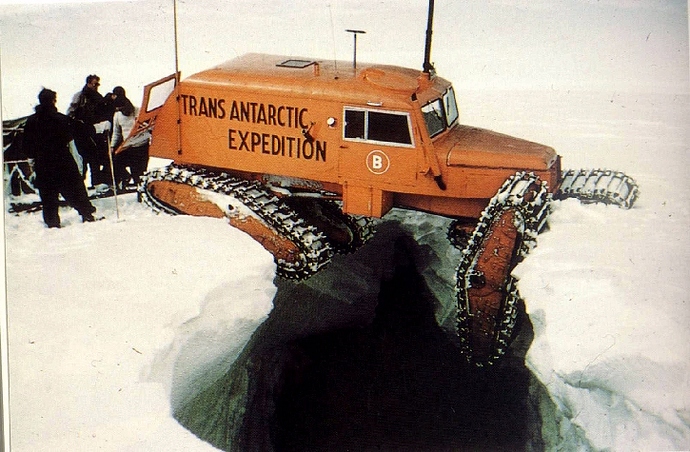 This is my old tank, had no problems getting through the snow on it, unless we blew a track… Then that really s*cked fixing it in the snow and mud and freezing cold 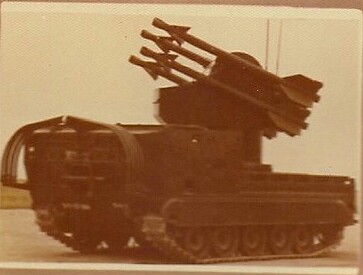 Don’t know much about mechanical engineering but I’m guessing the picture shows them looking for toilet paper.

I had the same reaction…that picture will feature prominently in my nightmares.

no problems getting through… but efficiency?
My quick google says an armored tank averages around 0.6 mpg while those snow cats are upwards of 2.5 mpg…

granted, I have only ever driven a large tracked vehicle once. In reverse. about ten feet.

A friend had one in the middle of the Everglades that had only the drive equipment from a light tank with the rest relatively light angle iron. He had that hard rubber on the treads so he could operate on roads, but his goal was to be very light per square foot on the ground. If you were laying down in soft mud it could run over you with little damage. Much more than the weight, the steel cleats of this one would leave you as a row of steaks.

the only tracked vehicle that I have actually owned was much smaller. 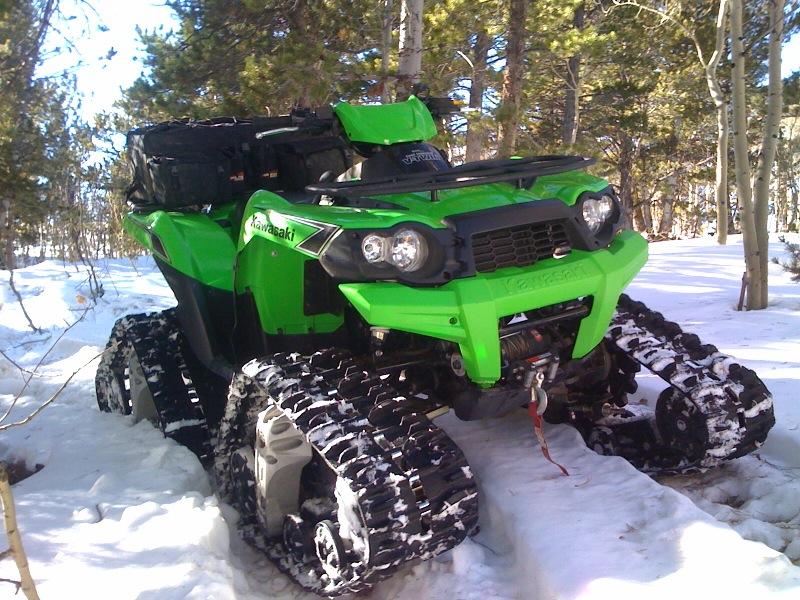 definitely spread the weight out a lot more than the tires, but in the right (wrong) conditions it would stop moving forward and just dig itself straight down through the snow/mud, throwing it all straight up into the air and effectively burying itself. That winch got used more than any other I have ever had.

In the Everglades it is often a bunch of plants and roots and mud all the way down so a light footing is necessary to keep from breaking through. it could only steer by having one tread faster than the other but rather like snow shoes in staying on the weak crust at the top.

That’s the coolest thing I’ve seen in a while. Do you think she’d notice if it showed up in the yard? Hmmm

if it showed up in the yard?

How about a model of it on the mantle?

That has very steampunk look to it.