This project is a bit different - I used my Glowforge to make a precision scientific instrument to measure a shadow on the summer solstice, showing my latitude (38°) minus the tilt of the earth (24.5°). As you can see the shadow made an angle of 14.5° at solar noon today. 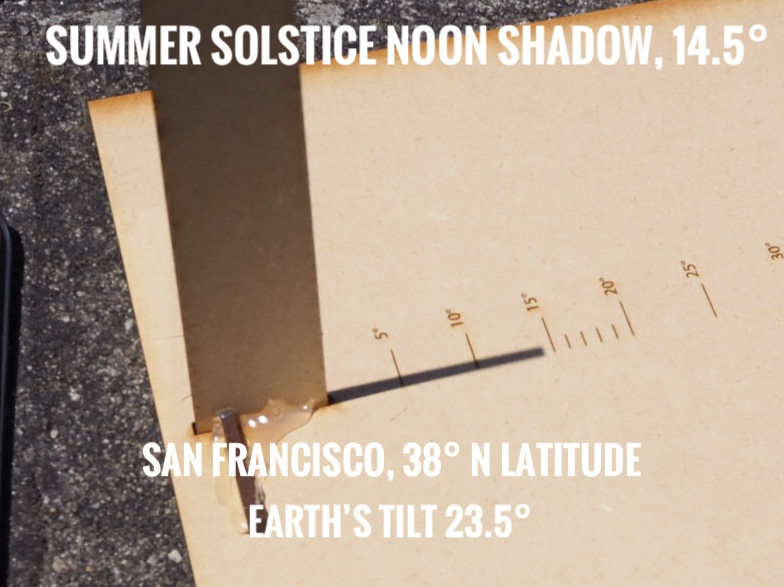 I cut a vertical piece 20 cm high out of draftboard and carefully mounted it at a 90° angle to a draftboard base, on which I inscribed a degree scale by using trigonometry (right triangle tangent tables giving opposite/adjacent angle ratios). Here I erred - this would have been clearer if I had also included a 20 cm ruler so it was more obvious how I converted the distance into the angle. 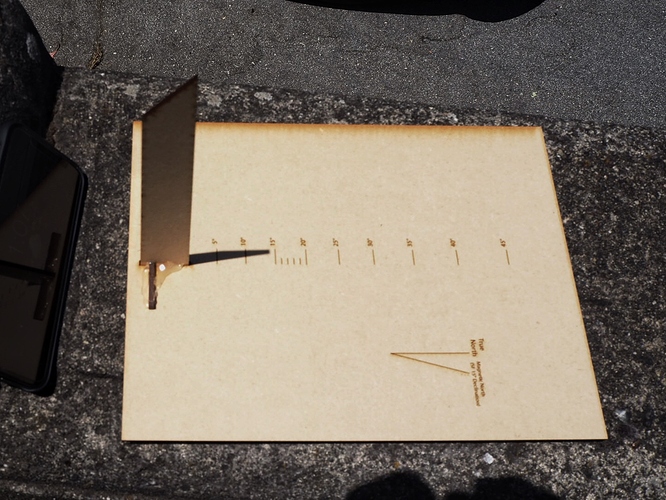 I aligned this flat board level and roughly facing north in a sunny spot and waited for the shadow to reach its shortest length - this would occur at 1:11 pm due to Daylight Saving and my location to the west of the center of my time zone. At noon the shadow pointed directly north and its length was 14.5°, exactly as predicted. 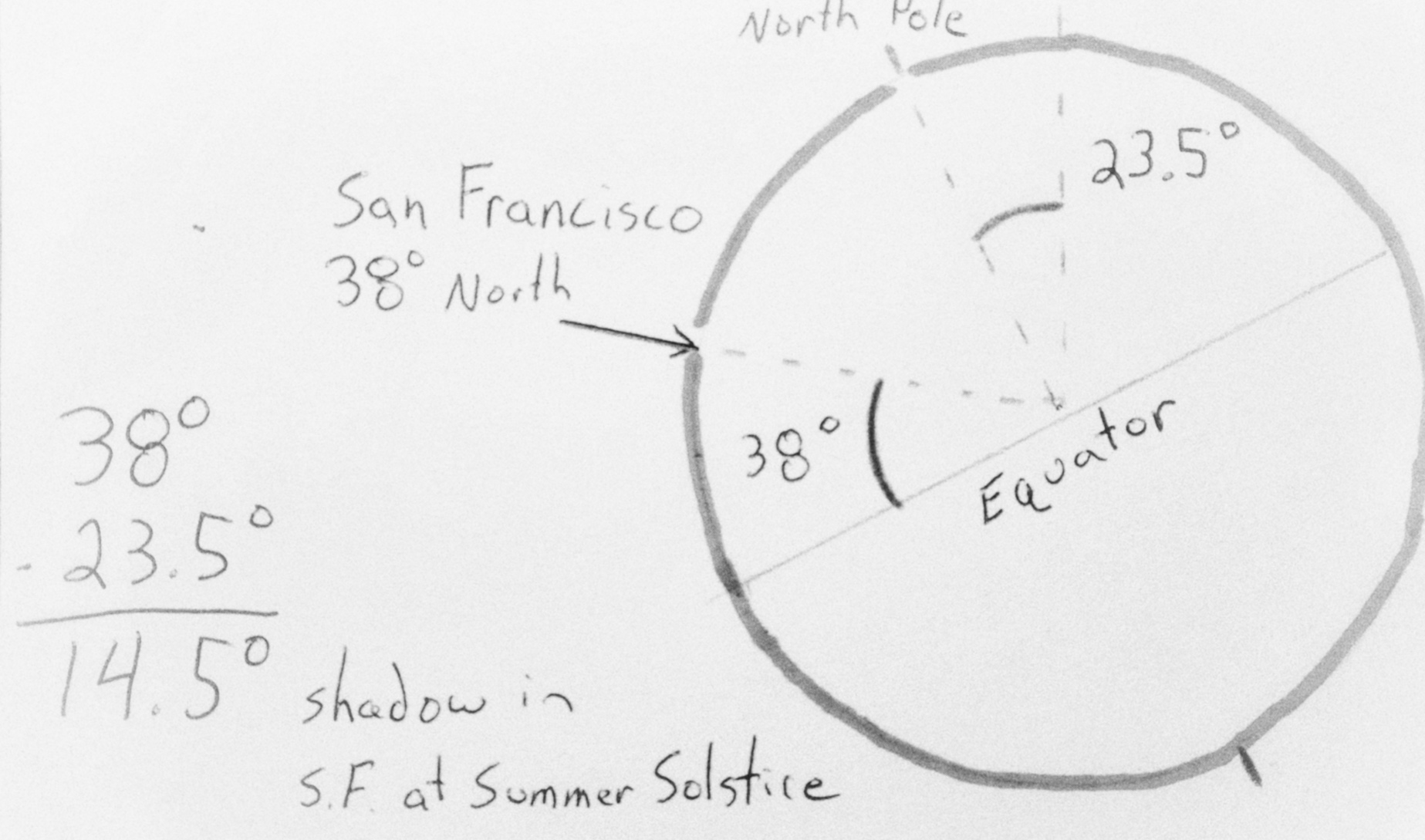 I was pleased that this project turned out as well as it did and I was able to measure latitude and the earth’s tilt to within 0.5°. I’d like to refine this design a little bit so that it can be cut by anyone and used in any location.

How cool!
I have considered marking the location of the sunlight through the window on these events, and devising a paint scheme to fit it. A solstice/Equinox clock. trying to come up with something that doesn’t provoke the question of “What are all the weird lines on the wall about?”

All that stuff is so cool!

I did this with the kids’ washable crayons on a glass shower door - it was really cool. Before I scraped it off (it was much tougher to clean up than advertised) I definitely started to use it as a clock.

This project is a bit different - I used my Glowforge to make a precision scientific instrument to measure a shadow on the summer solstice,

I really like your project! Back in '07, I was an astronomer/developer of a citizen science project called Measure Your World that paired schools in the US and Chile to measure the Earth’s size using the Eratosthenes method. Your design would have been a nice addition, allowing the students to directly measure their latitude.

At our prior house in Longmont (before shopping centers and apartments blocked the view), I noted the position of sunrise on the solstices and equinox and mounted terracotta suns on the fence to mark each location. For a number of years, we enjoyed following the sunrise at “Wardhenge.”

and mounted terracotta suns on the fence to mark each location

Cool idea! I may have to do something like that.
Measure Your World is a great science lesson! I imagine the moment when Eratosthenes first realized the nature of the world he was standing on. Perhaps the first among all who had ever lived to look at the math - and understand what it proved.

A lesson like that would have been so much more enlightening than the “Columbus proved the world was round” that I was handed as a child.