A couple of cool things today in space news.

NASA released the Orion EM-1 Mission Patch art, you can read the story and download the patch as a PNG here:
Exploration Mission 1 - Identifier 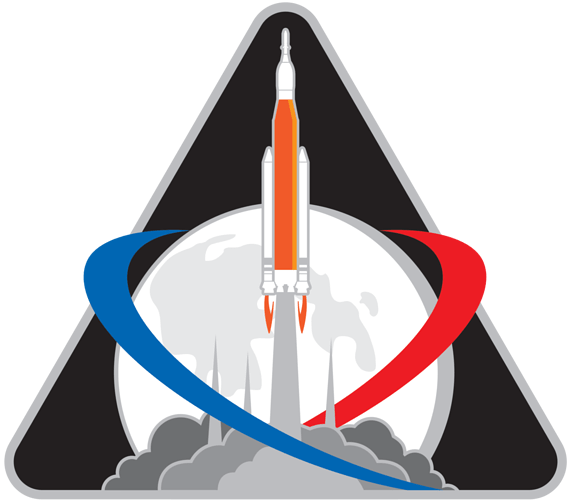 And the second cool thing was the ATLAS 5 SBIRS launch. This is a long exposure photo from my backyard. 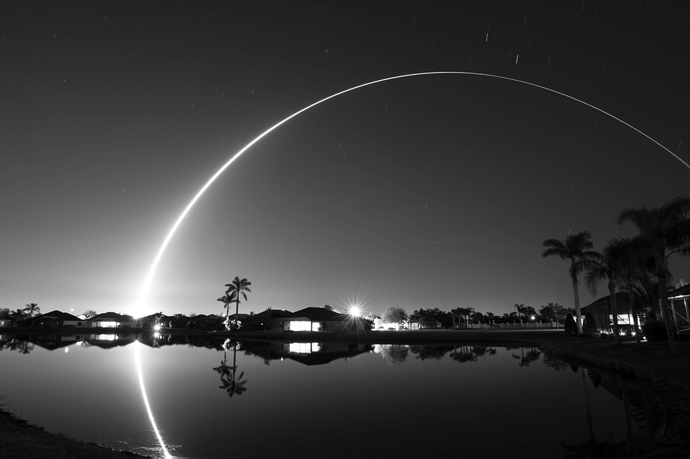 And again in HDR: 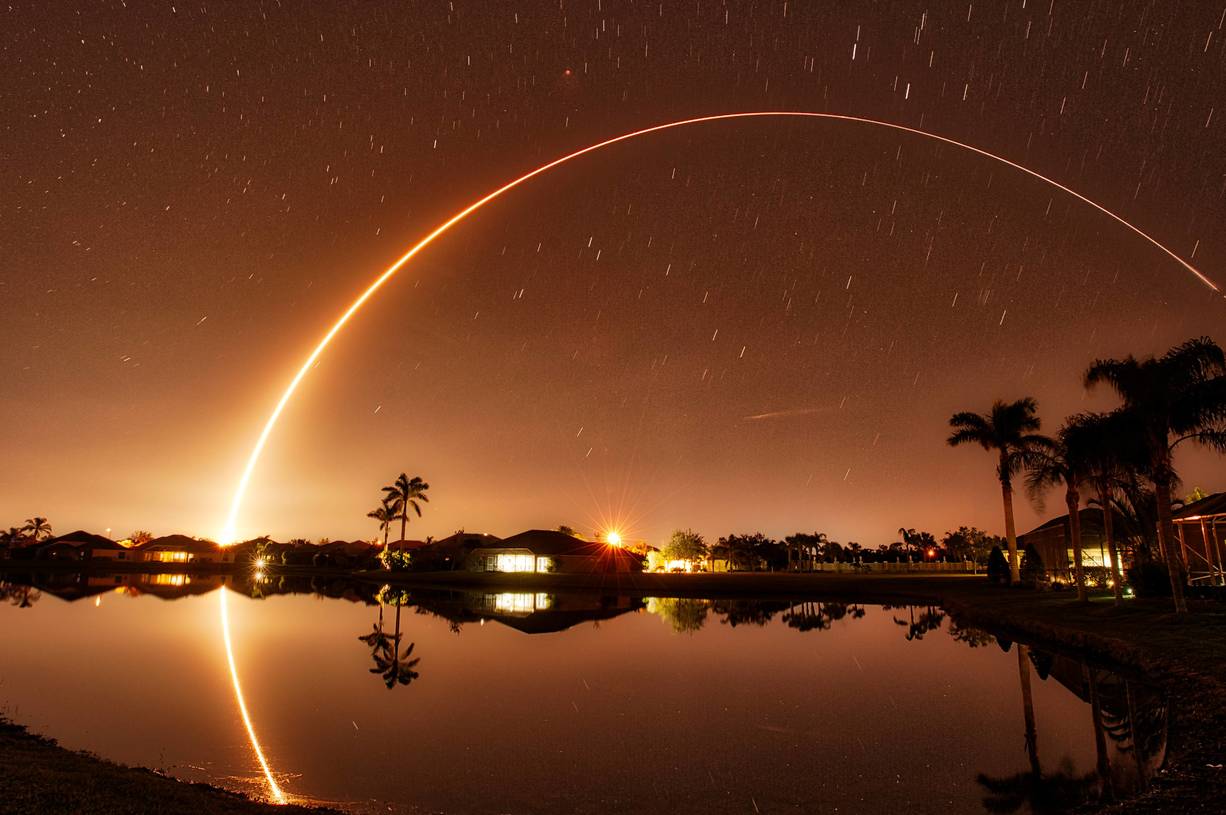 And a second camera (that needs a wider lens): 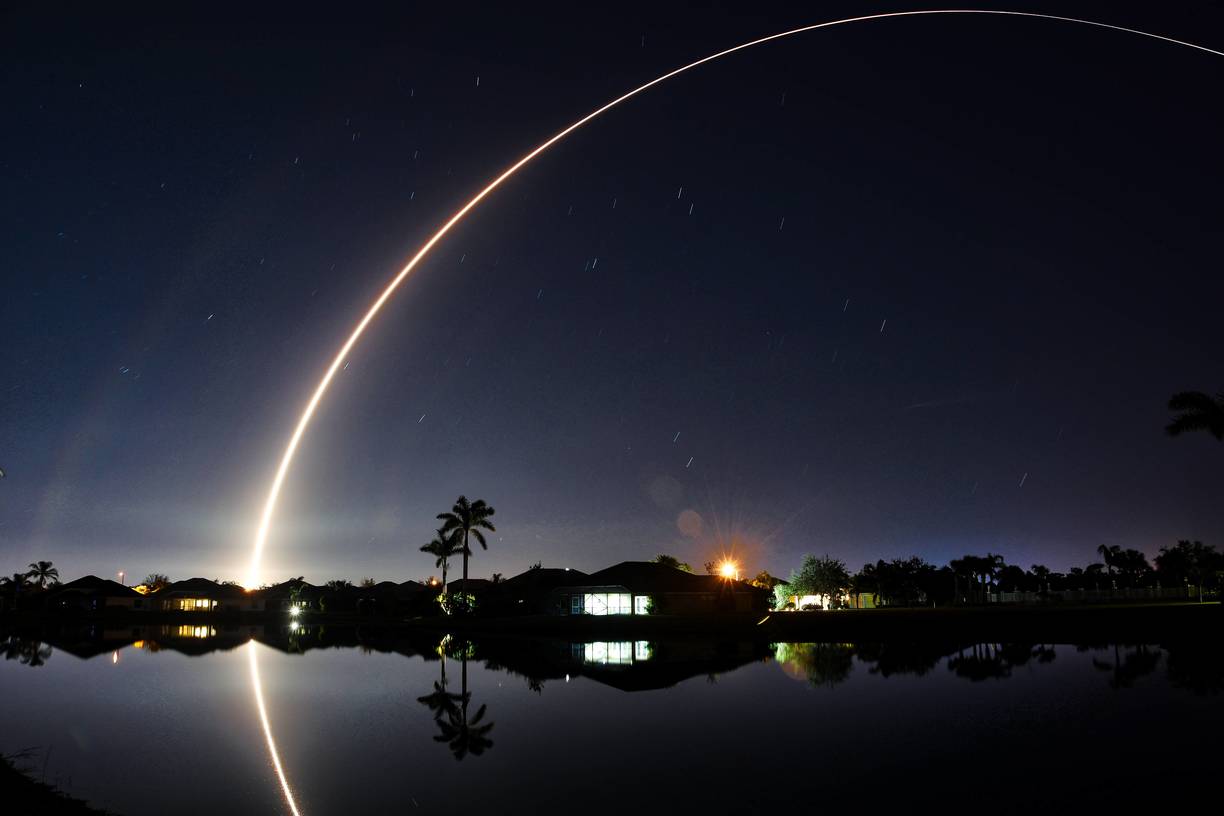 I worked for a subcontractor to one of the contractors on Orion. It is fun to watch the system come together and fly.

Hey, thanks for sharing that ‘Rocket man’!
Curious trajectory, I know in most cases the launch arc points East to take advantage of the average 1,000 mph boost from Earth’s rotation, but the star trails seem to show a track at a right angle, either north or is it south?

Edit; average boost at the equator*

It was the standard southeast trajectory. This is from the ULA Twitter feed. 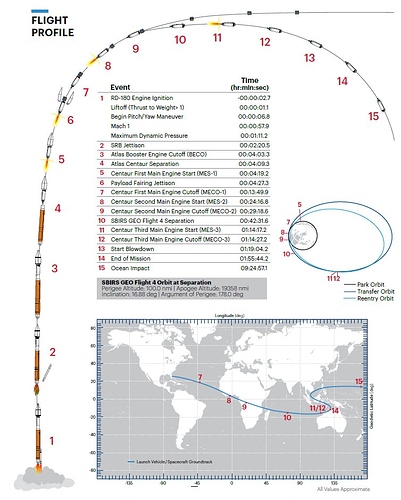 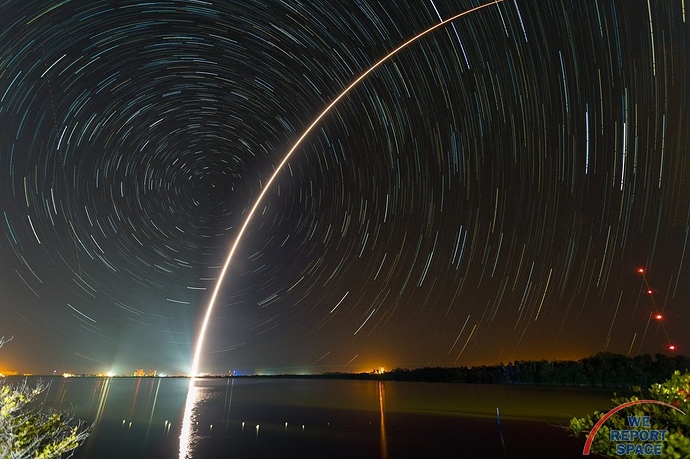 Here’s a Space Thing that I found interesting. A time-lapse, with what looks like 6 steps of de-focus. 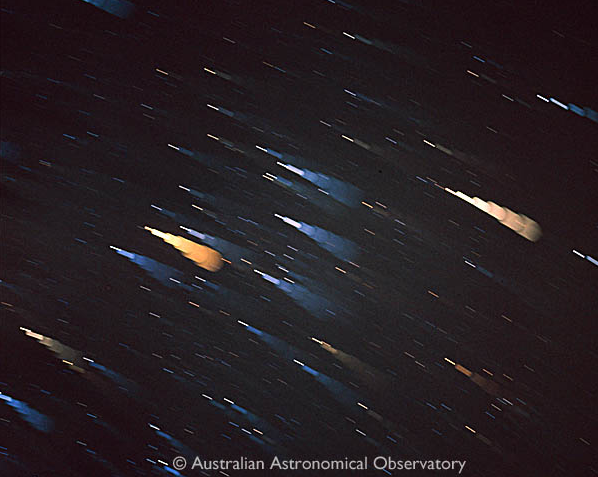 Hard not to notice how the focus accentuates the color/ temperature.
Contemplate it for a moment. What else can you discern from this image?

What else can you discern from this image?

That the technique also accentuates distance. The distant stars don’t go out of focus. The further away they are, the less pronounced the effect. I found that interesting.

These are images from my backyard of the SpaceX F9 launching the ill fated ZUMA satellite on January 7 this year. Both are long exposures where I kept the camera exposure going from launch thru landing (the streaks high and on the right are landing) which is roughly 12 minutes. 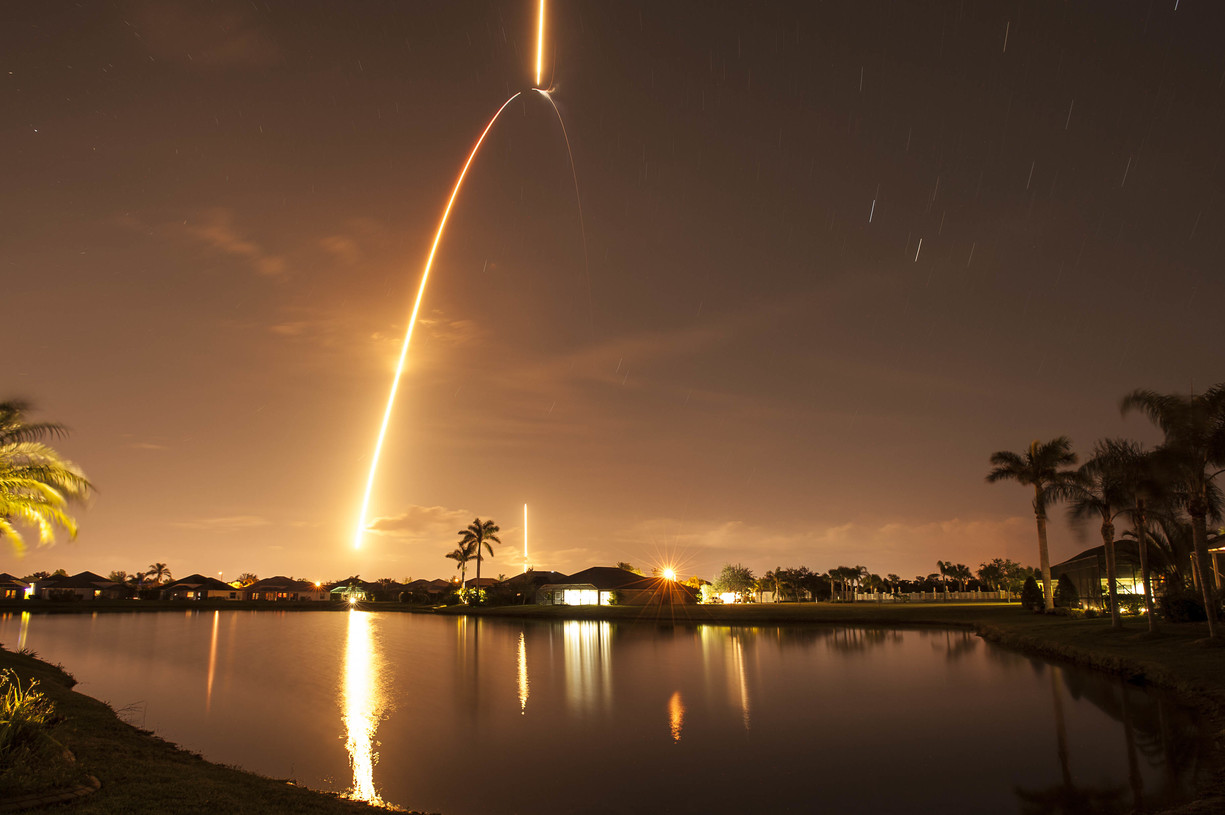 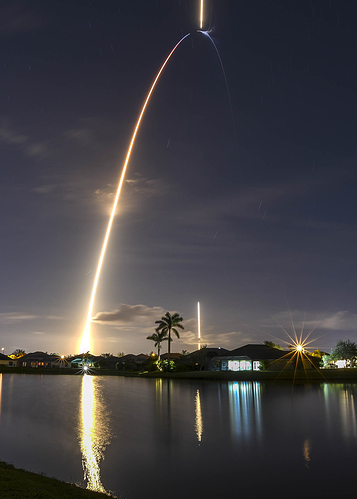 Man, I love those shots. Incredible!

Thanks. You’ll note that the F9 took a northerly path while the Atlas 5 did the regular Southeast run.

For the F9 it was the first time I did a continuous exposure instead of compositing a couple of images together.