Starting to get the hang of depth maps 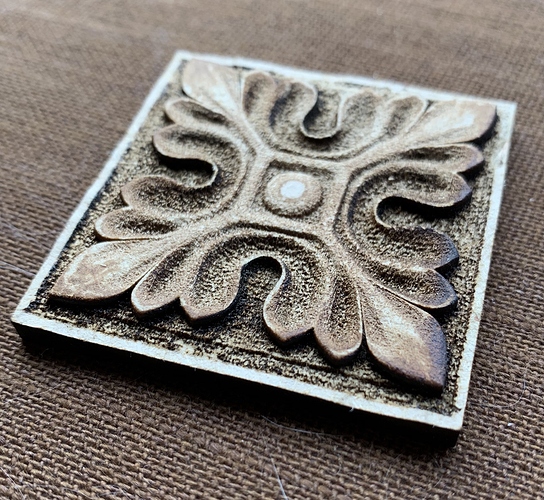 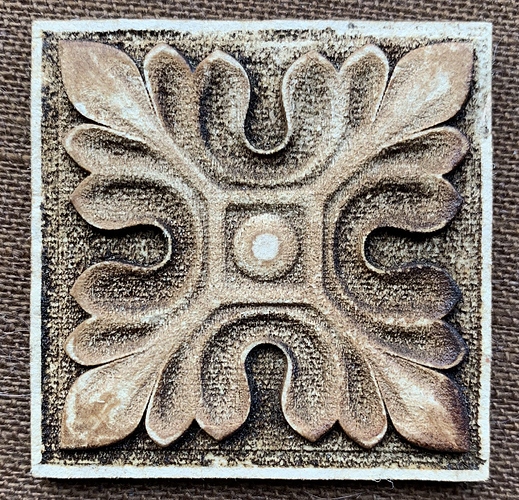 Just starting to explore 3D. I created this test piece from a .stl file purchased on EBay, then created a depth map of it using Meshlab.

Thanks to all the previous posters on this workflow topic—you helped a lot!

Oh by the way—this is Thick Draftboard using default settings for 3D engraving.

Oh yeah, you are getting it for sure! Keep us posted, please.

On the lower right: overburn/char or just smoke residue?

I think smoke residue (it’s on the high part so shouldn’t be overburn or char) but scrubbing didn’t get it off. I forgot to remove the masking beforehand, so it might have been hardened somehow.

Oh yes you are!

(LMK of any good tips you discover…I’m playing with it too now. I’ve been leaving the masking on and adjusting the minimum power to burn it off even on white areas, just to cut down on the char that gets blown onto the edges…cleaning up that front edge without it is tough if it’s not masked. It really stains lighter woods.)

Interesting. I just redid the exact same file using Basswood hardwood and got a much nicer result: 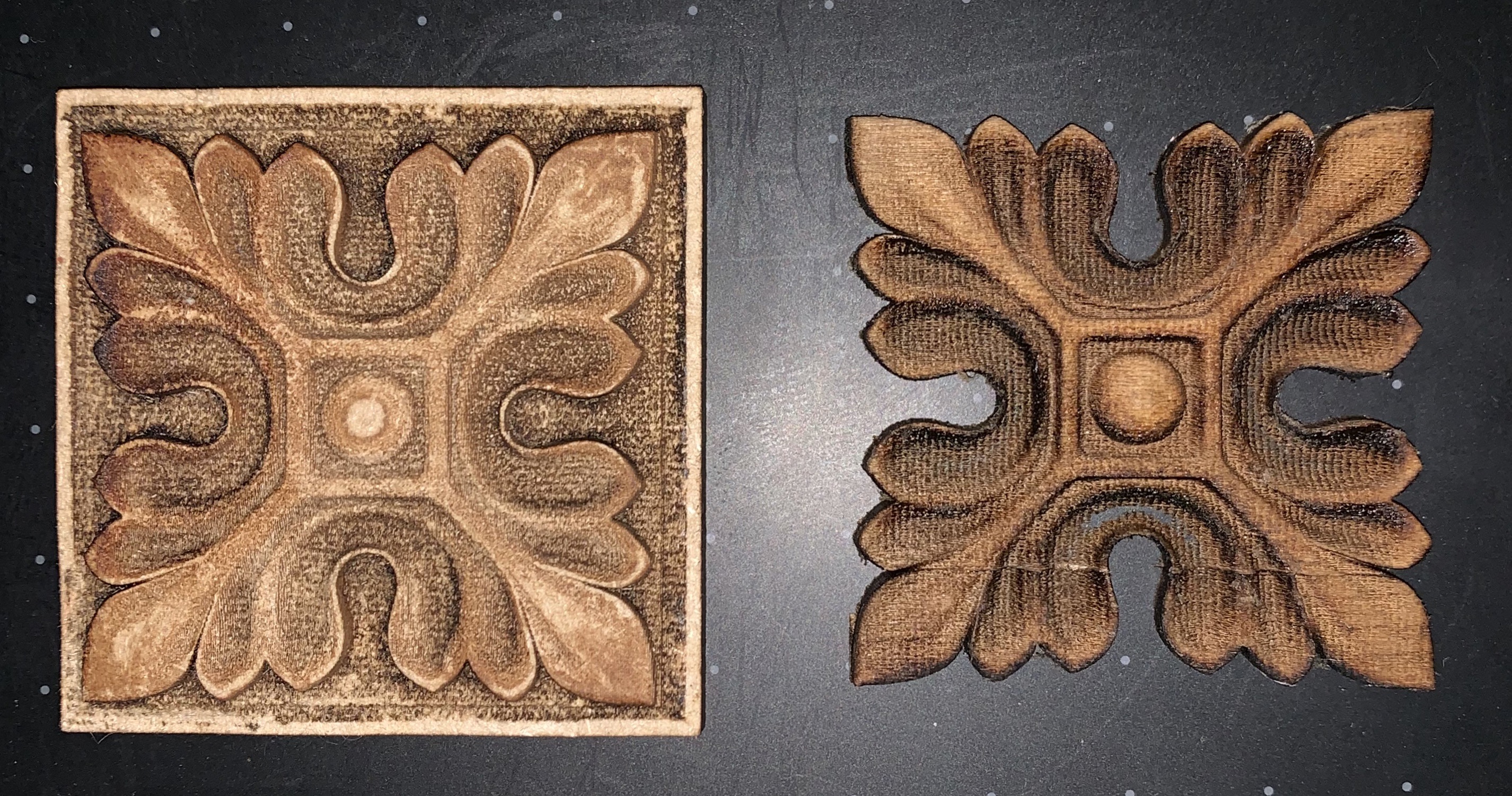 It looks a lot more rounded. The engraving cut all the way down to the black layer so I suppose you’d have to glue two layers of basswood together to prevent that. Or get hold of some 1/4” somewhere.

Nice! Draft board seems to work great for engraving.

One thing you want to watch for with those though, I tested a couple of them on deep 3D engraving, and maybe it was just the luck of the draw, but I kept hitting weird striations in the wood - they were a significantly different color than the surrounding material, and very visible. (Basically never could get a good 3D engrave on them.)

Their Padauk is much better - very uniform and hard.

That would make great corners on something.

The engrave does not have to be the entire goal.
For inspiration, here is a pic of 3 experiments that came together for something grander than any one part.

3D the outer edge.
Clean it up and remove the masking.
Photo engrave the picture and cut the inserts out.
Plastic for inserts.

Great overall effect and does not look like a one layer chunk of low cost draftboard anymore. 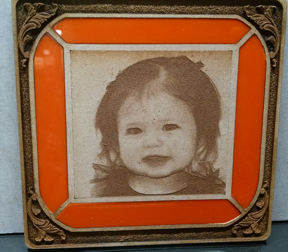 Looks great! Definitely on my short list to try 3D.

Has anyone else tried 3D on EVA? I think I might need to defocus, because the striping is kinda bad, but it runs real fast… (pictures when I’m in the same place as the GF)