Idea was lifted from a previous post from Ryan M.

Did an earlier pass and things didn’t quite fit together right. Fixed those issues and now have this: 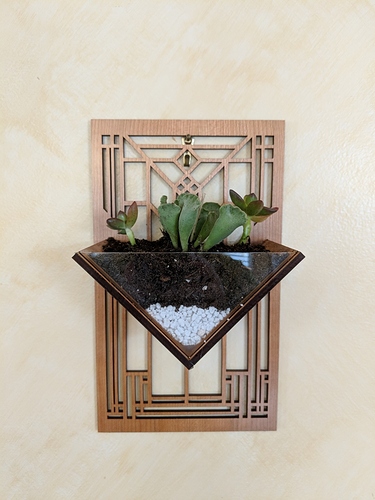 Clearly not quite as nice as Ryan’s work – the ratio of planter to woodwork isn’t quite right, but this is my first try at this, or anything very “artsy” with the Glowforge.

Neat! How did you make the plants?

Very nice, and I like the plant to wood ratio. Makes your eye go back and forth.

Very nice! The ratio is fine! I think, if you’re going to change anything, that maybe moving the planter part lower might allow for more plant growth without making it seem top-heavy.

Plants were from Home Depot – not lasered

Middle succulent was called a “key lime” something or other… I had never seen one like that before.

Tagging @Ryan.M so he can see.

Middle succulent was called a “key lime” something or other… I had never seen one like that before.

I’ve had them before. They usually look like this. 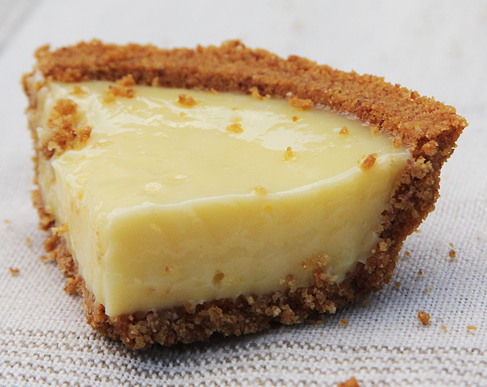 And they’re no longer grown much in the Keys. Most all come from Mexico. Delicious regardless

Wow - I think it turned out great !! You may want to see about “hiding” the hanger portion behind the plant (if it would still be stable on the wall) - That’s the only thing (in my opinion) that appears slightly “off”. The ratio of plant and wood seems fine and overall it really look nice !!!

Thanks! This was just a temporary location where another picture was hanging. Still need to find the optimal hanging device… could possibly just be a nail.

a simple finishing nail works best for most of mine in general. or some customers have used a command strip with success.

58 Likes, 0 Comments - LIGHT RAZOR DESIGN STUDIO (@lightrazordesign) on Instagram: “Some great shots sent to me by a happy client showing her new #wallhanging #planter finished and…”

Very nice design. I like the way you layed out your pictures too.

Love it! I agree about moving the planter down … but, otherwise … VERY nice!

We usually still have actual Key Limes in Florida. Oranges come from California for some reason, but the Key Limes still make it to the store—at least in Tampa.

We usually still have actual Key Limes in Florida.

Almost all of them come from Mexico though - not the Keys

Land is too valuable in the Keys to allow the acreage needed to supply the demand. (Plus I was told when a hurricane wipes out a grove it makes more sense to build on that land. Couple of big hurricanes in the past wiped out most of the traditional Key Lime groves.)

I’m pretty sure I’ve still seen Florida Key limes in our Publix, but I could be wrong. They’re are definitely Mexican ones at times. It makes sense that they’d rebuild with developments over an uncommon lime though. But, we have enough people here. I’d rather have the limes!

Nice,
What program did you use to make the front piece?