My time around here has been limited, there’s a reason for that.

I’ve been thinking for years now how I’d like a composite deck surface to reduce the maintenance, and the 20-year-old redwood deck surface needed help… again. I have sanded and stained that thing 5 times in that period. The thermal cycle between seasons and the UV of the mile-high front range is hard on stuff. 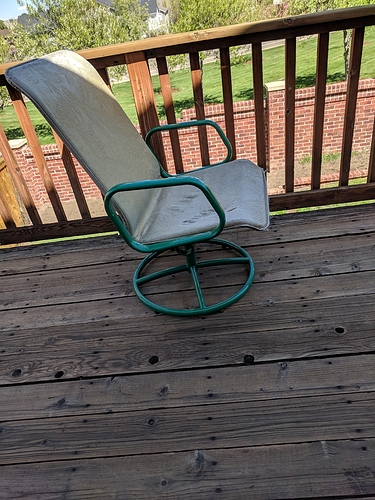 All I wanted was to replace the surface but once I found rot in the perimeter rim joist and ledger board, they support everything - so it all had to come down.

The composite material isn’t cheap, and you don’t want the new material to outlive the structure.

Even the siding behind the ledger was rotted. That was finally the bottom of this rabbit hole. Now I could dig my way out. 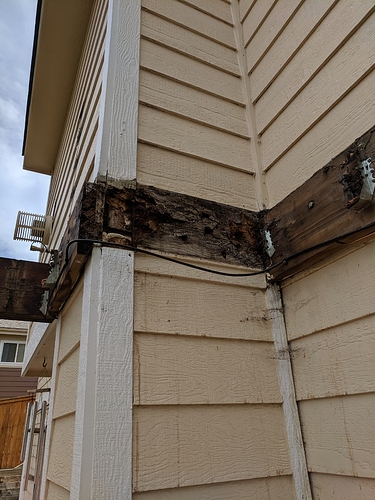 My only requisite was to finish before the snow flies, so I wasn’t in a hurry. I started pulling screws out of the deck surface in May. notice the 20 lb. bucket of screws in the foreground. 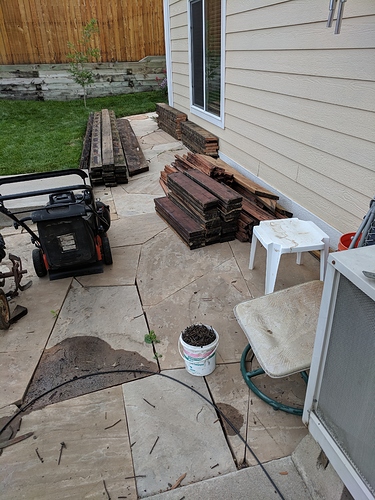 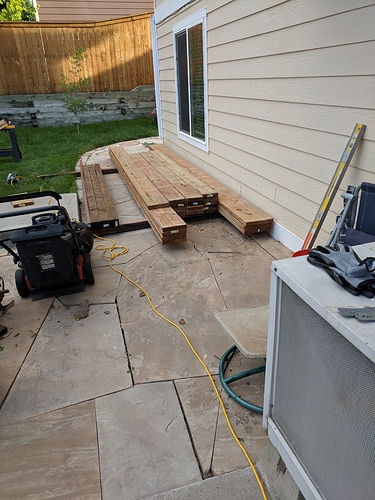 New ledger board (after the siding was replaced) and the face between the ledger and house was sealed with polyurethane. 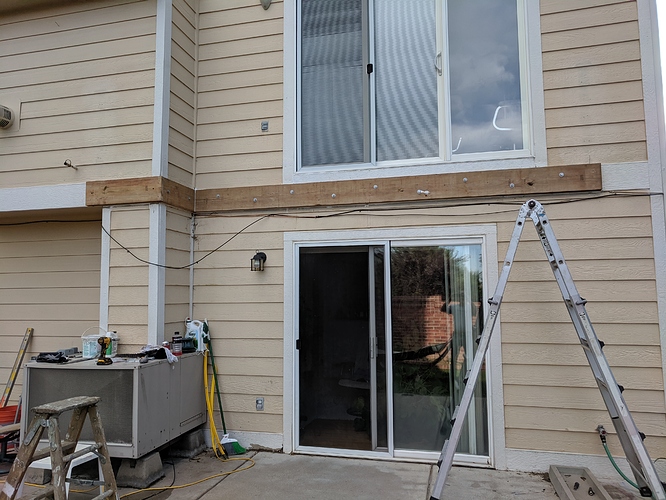 The house on the back here faces East and sun was brutal first part of the day. Note the hose in the yard so I could turn it on myself periodically. 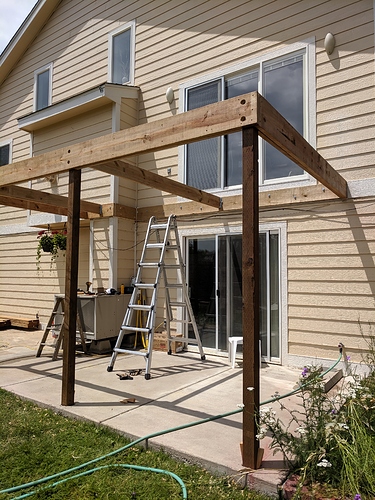 New stair stringers (yes, 4 of them, and all joists on 12" centers) 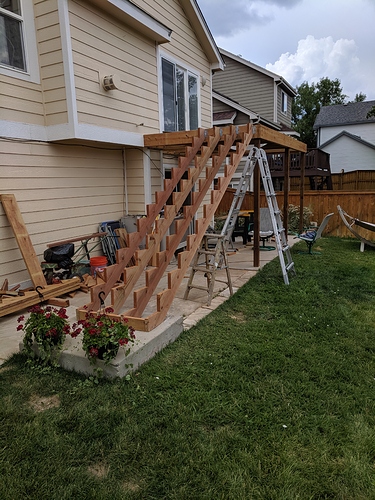 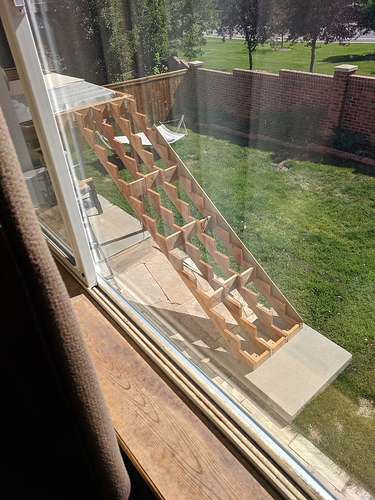 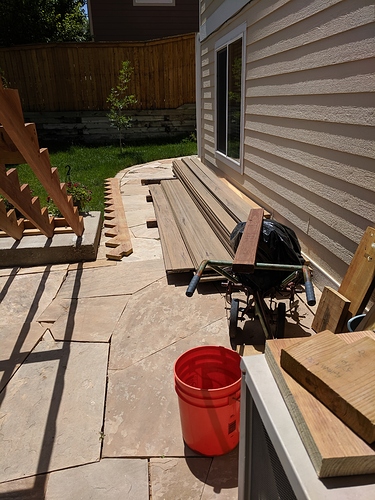 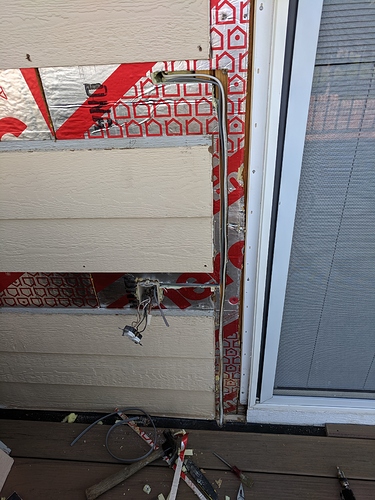 I was miffed that the old GFI outlet was mounted in expanding foam I couldn’t #*@^% believe it. OK, pull the insulation and mount a block between the studs for the new box. 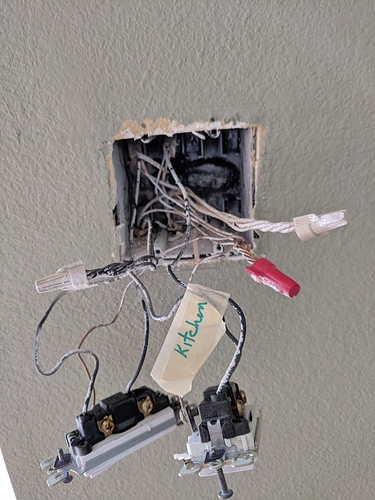 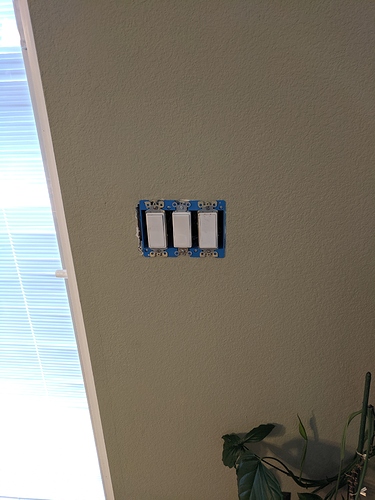 So now I ended up with exactly what I wanted, the post lights controlled by an inside switch instead of a tacked-on ad-hoc solution. All deck boards have zero screws through the surface, nice and clean. 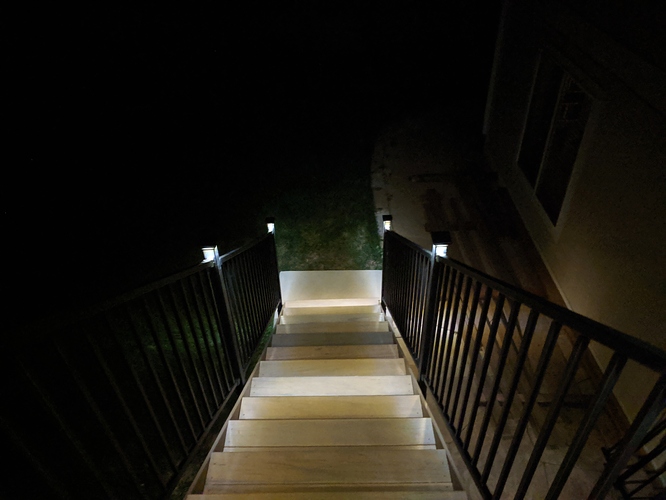 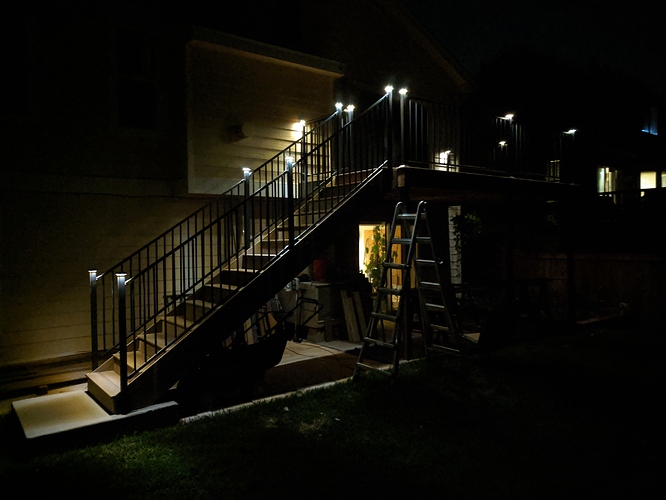 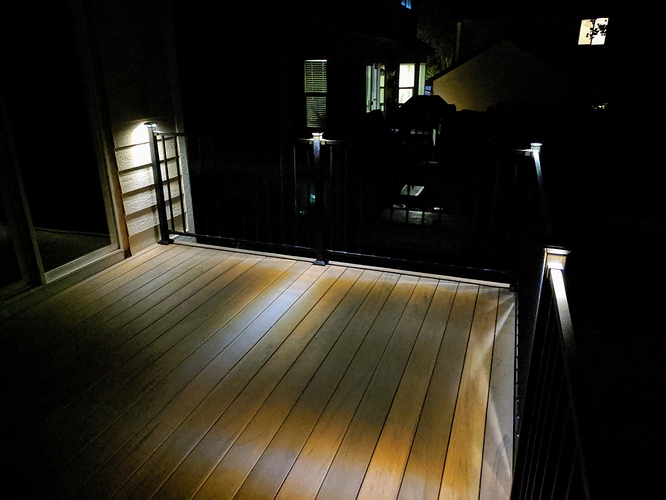 Great job, and you beat the snow.

What a grand project! Good job! I can see that you did a really thorough job and you should be mightily proud of yourself! (I assume that those upper sliding doors were securely locked during the preliminary work, there…

) We did a similar thing several years ago…tore down a once incredibly beautiful, yet rotting redwood deck and replaced it with a much larger, two level one with a slatted roof (with Lexan over the top of it) over the top level. Didn’t use composite, but hoping it will be the last deck we have to build in our time here.

hoping it will be the last deck we have to build in our time here.

This will outlive me

Yeah, I thought I could do thi$ for around 5 grand… Ha!

What a grand project! Good job! I can see that you did a really thorough job and you should be mightily proud of yourself!

Oh, I’m well pleased! No nails in it, everything screwed together, joist tape to protect the top edges, and joints sealed with polyurethane. The structure should outlive the 30-year warranty on the composite.
Also gave me back a good part of my old-self that had been lost resting on my well-fed behind.

I thought I could do thi$ for around 5 grand… Ha!

And we never learn…

Wonderful job and a great way to stay out of trouble.

OMG! Outstanding job! Love the lighting in the rails! (No wonder you’ve been so scarce.)

Was wondering where you were … very, very busy! Looks great!

Holy moly, that’s a gorgeous deck! Time to kick back and enjoy it, maybe put a few pounds back on!

I’m not that old but this is on my schedule for next month. 550sqft of Trex decking. Now I’m worried I’m going to hit the same issues with ledgers and stringers

I’m now hoping for the 12 pound effect though.

And for similar gorgeous results (looking at 8 grand…how far off were you?).

Did you use the side clips & screws that go into the grooves of the decking?

I’m going solar for the lights. Figure they’ll keep getting better so as I replace them over time I’ll regret not stringing wire less and less.

Yes James, the deck boards have a grooved edge that a connector fits in and screws to the joist. A product of Timbertech, the decking manufacturer. 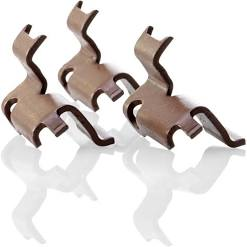 I was surprised by the amount of water damage I found. Colorado is pretty arid. Because there was no seal between the ledger and the siding, apparently capillary action had no difficulty retaining water between them.
I think you should anticipate having to address that.

Since the composite materials don’t have the structural strength of lumber, although the decking is rated for 16" centers, I recommend 12". Nice solid feel, even better than the redwood. 12" centers are required for commercial application.

For the stairs, instead of multiple stringers, an alternative method is to place a 2x6 underneath the tread boards positioned between the two so that half of each tread board is supported.
16" centers is ok for walking on, but it’s different for stairs because you are dropping your weight on them.
Although I’m very happy with the multiple stringers (really solid!) achieving a perfect alignment across them was problematic, and took over a day to get right.

Just a tad over that 8, the LED lighting added $500… and that included a new DeWalt brushless cordless circular saw and impact driver. (Welp, if I’m gonna do that, I’m going to need… one of these - and one of those too!)

So a carpenter friend helped hang the ledger and raise the rim joists. Ledger is anchored by 5" long 5/8 lag bolts. He asked how I was going to drive them. “With a ratchet…”
He snorted and whipped out his tiny impact - and drove all of them to the hilt in a couple of minutes. I was duly impressed.
I mean I had used impacts on jobs to drill concrete before, but not bolts or screws. There are no nails in my deck, all hangers are screwed, and timbers bolted. If you are going to do this yourself, and don’t have an impact driver, invest in one. Seriously.
It’s a bit more than half the size of my DeWalt drill, and works the same - until it encounters resistance, then it turns into the hulk!
The drill, saw, and impact all use the same batteries.

My deck is only 150 sqf. You have a serious task there!
On the downhill side of summer, you must have a lot more stamina than I, or a lot more help! Good luck!

I am very happy with it in spite of the expense, maintenance henceforth is a garden hose.

I was surprised by the amount of water damage I found. Colorado is pretty arid. Because there was no seal between the ledger and the siding, apparently capillary action had no difficulty retaining water between them.

When I put the existing one in I put flashing up behind the siding and ran it down over the ledger board. Crossing my fingers. I’m ordering replacements but hoping I won’t need to rebuild everything underneath.

and that included a new DeWalt brushless cordless circular saw and impact driver.

I don’t count tools anymore. Back when I first got married the savings by doing it myself was part of the justification for new tools

If you are going to do this yourself, and don’t have an impact driver, invest in one.

I spent a lot of years building stage sets - nothing like impact drivers. People would use drills & screw guns but the impact driver outclasses those by a mile!

the impact driver outclasses those by a mile!

Easily! those things are surprisingly small for all the torque they pack.

those things are surprisingly small for all the torque they pack.

And they don’t strip the screw heads!