I have a somehow weird behavior of an vector file from Photoshop . 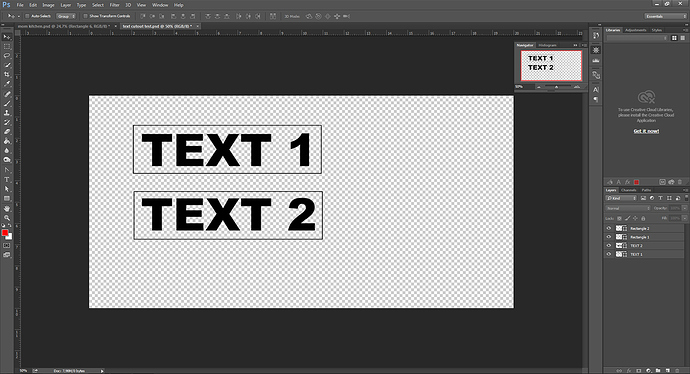 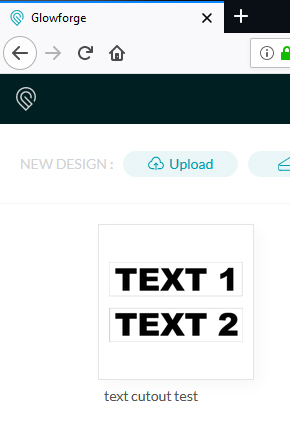 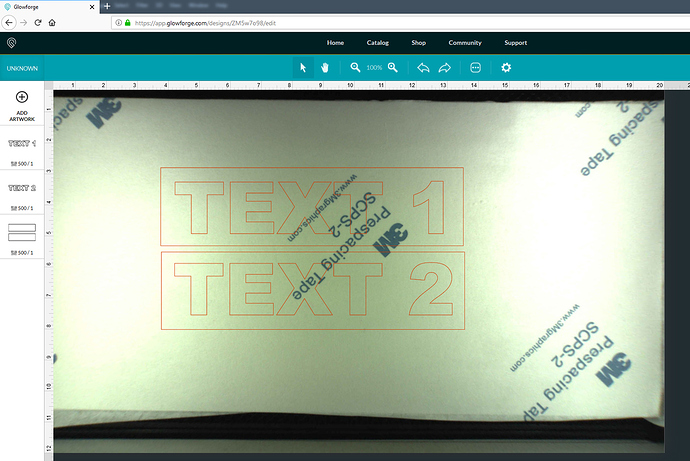 GF2.jpeg1222×818 504 KB
But in the GFUI they´re divided like this for some reason. Texts separate but the rectangles as one. And it gets more strange when I try to move or scale something. Then [Text 1] and [Rectangle 1] are linked together and [Text 2] and [Rectangle 2]. I can not understand why ? 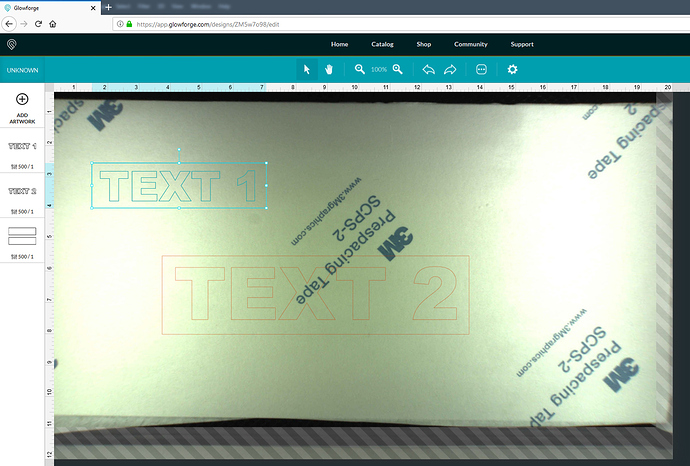 Different colors? Remember that color is the GF’s way of distinguishing between job steps (well, that and cut vs engrave.)

(and a fanatical devotion to dan)

In the Glowforge interface, raster images are treated as engraves, and if they are separate raster images, you will get a separate operation set up for each one.

So the question is, are those raster images? If the text was created in Photoshop, they likely are.

If they are vectors, I would check to make sure that the exact same color was used to create them. There are many shades of black, and the interface will give you a separate operation for each color it sees, even if it looks the same to us.

The two rectangles are obviously vector paths, and they are the same color, so you get one operation for it. You can either cut both or convert both of them to a Score.

Does that clear it up or confuse the issue further?

I tried to make them all in different colors now. Then they´re different “objects” in the GFUI. one step closer, thanks for that

There’s a “feature” in the GFUI where things inside of other things are treated as one thing. Sometimes. Usually. Except when you want it to. If you really need the boxes to be separate from the text, you could try not putting the text inside of the boxes. But your best bet is to not do anything that depends on scaling objects in the GFUI.

Yes it did clear things up a bit. That they,re treated as a group when something´s inside a path can be handy. Easier to move around of course.

It´s all vector, text as well. Works fine to cut or score.

Another thing I thought of now when I was playing around.
At first when a file, containing several paths is opened. Like in this case. It is possible to scale or move everything together, as one group. But ones you click somewhere and deselect it, they move separately. Or the groups separately, like this case. Is it possible to re-enter the first state and move everything together again ?

CTRL or CMD + A…selects everything at the same time.

Thanks for the help, everyone! I’m glad it worked for you @jippi_xx. I’m going to move this to Everything Else to let the discussion continue.