I searched, but didn’t find anyone who has engraved a swiss army knife. Has anyone tried it? Anyone have an idea as to the composition of the scales?

I had to hunt around briefly on google.

I did “swiss army handle material” (go figure) and found their site with a section on materials. Strangely no luck.

Then I scrolled and found a site where they sell the handles themselves as replacement parts.

They list the material as “Cellidor”. A quick google yields this little gem:

And that’s as far as I’m going to take it. Good luck!

Many thanks for the link. I didn’t think to do a general search on Swiss Army Knife material. I’ll do a little more research on the safety of lasering “Cellidor”, but it certainly appears pretty safe based on the description.

I always carry one of the little Swiss Army Knives and have a bunch lying around to practice on. They’re fairly inexpensive, easily available and are perceived to be high quality. I think if I can come up with reliable settings to engrave along with a method of a stable coloring, it will make a nice gift (and quick) gift item.

Post pics and settings! It’s a safe bet that lots of people have one to engrave on this forum.

I used the same settings as I use for a light acrylic engrave. Worked fine. I did look up the material that they are made of but can’t remember what it was off the top of my head. It’s fine for laser engraving though; you will also want to do a paint fill if you want it to really stand out

Very good!
evansd2 gave me the info on the material: Cellidor. I checked and confirmed on the Victorinox site that the scales are indeed that material. None of the MSDS sheets indicate any particular danger with solid material. (I’m assuming you would have mentioned it if your knife had blown up during engraving).
I’ve now entered a new rabbit hole of Swiss Army Knife scales!

me too. researching Cellidor as well.

Hey there, I actually have engraved 1 Swiss Army Knife and 1 Multitool… but on the blade that is. 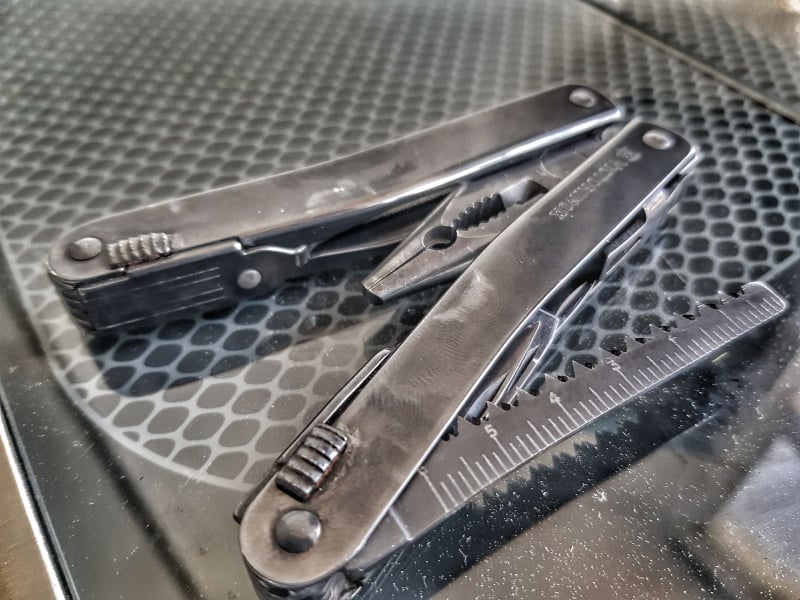 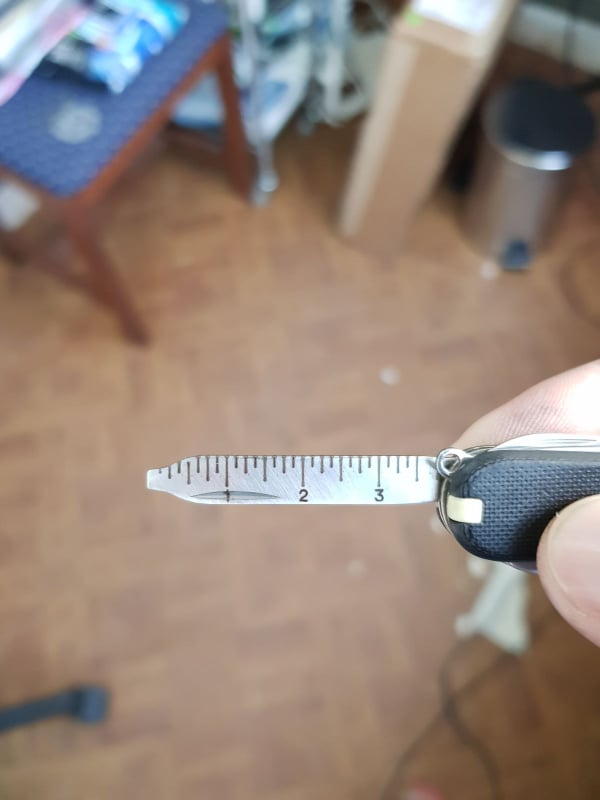 Those are very nice markings! While I was thinking more of personalizing the scales, the ruler on the knife would be especially useful.
Did you use Cermark or similar?