I decided I wanted to make a custom domino set in 1/4" clear acrylic. So a little bit of time in illustrator later and I have a file to test for settings.
Attempt 1 didnt cut through till I reran it and got some serious flash back 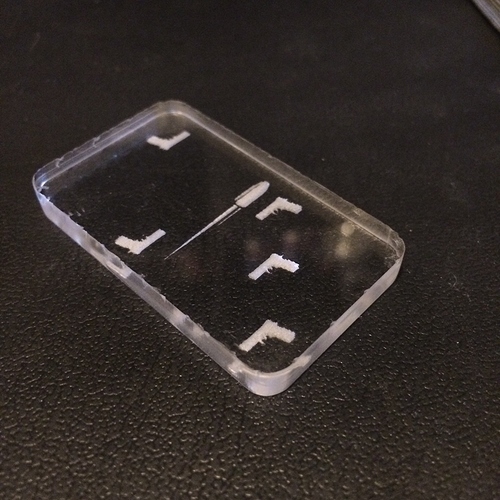 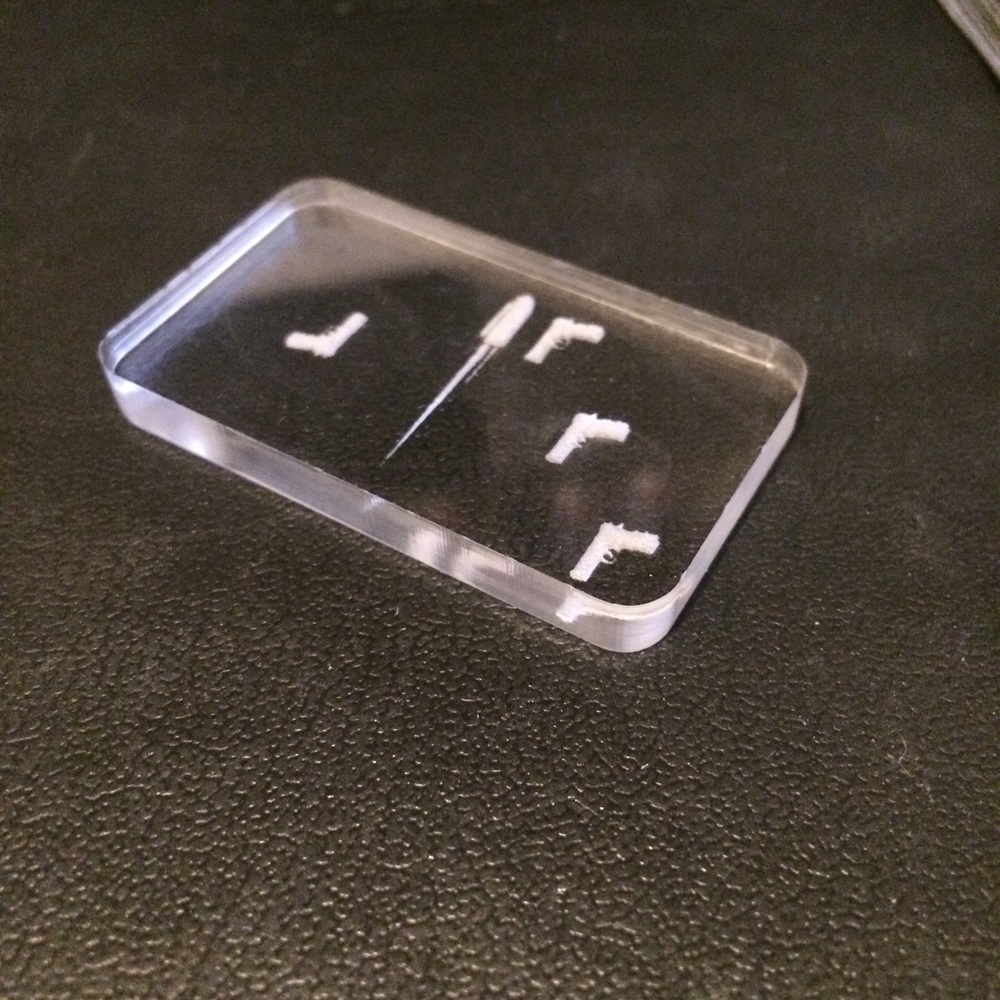 Attempt 3 had the best engravings but the worst cuts 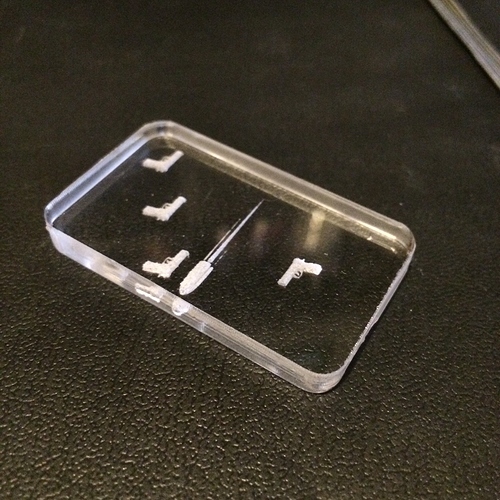 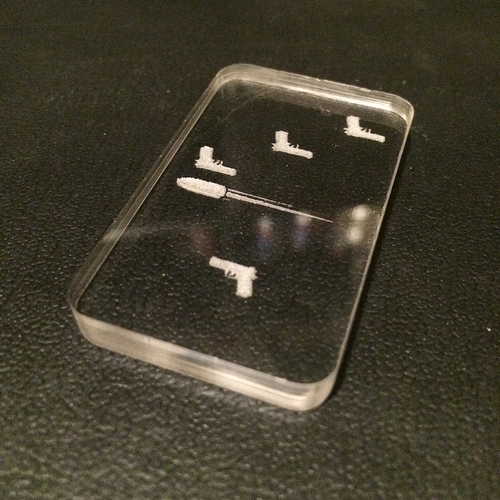 I Like the look, and i could see whats in the other players hand

Flashback can also be reduced by masking the back of the material and/or lifting it slightly (such as with magnets).

It was masked both sides. I do really like the lifting idea though! Will try that tonight.

You can also lay down a layer of tape on the crumb tray or just some newspaper to reduce flashback when cutting all the way through.