first episode of “Love, Death and Robots” on Netflix?

Love that show and that episode was a riot.

So I made this, and then came across this post! TOO FUNNY! Enjoy –

Nothing can stop the laser cats form taking over now 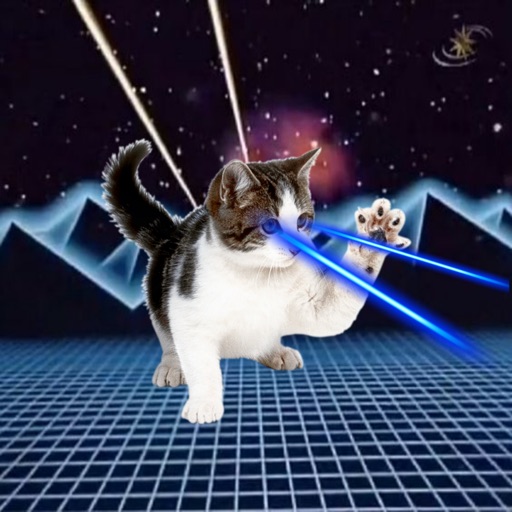 Have you seen the first episode of “Love, Death and Robots” on Netflix?

This is actually subjective. Netflix determined what order to show viewers based on an algorithm. What was the episode’s title?

(And yeah, they changed it based on an algorithm. Crazy. Kind of like how they change the movie/show poster based on who’s watching. Like Tom cruise? Top Gun poster has his face. Served in the air force? Now it’s got a fighter plane instead. That sort of thing.)

AHAH! That probably explains what happened when I watched the one episode (it did say episode 1 though) …nothing to do with lasers, kitties etc. Wasn’t impressed by it so never bothered to watch another one.

Don’t cross the beams, robots with red eyes are evil and never, ever, give cats an opposable thumb. These are just some of the things I know from movies and TV. The last one from Love, Death + Robots.

I think it was episode 3 for me. It is clear in the description of the episode. That episode is safe for all audiences. At least some of the others not so much.

The one I watched was NSFK. So it must have been the wrong one.
(Demon has opposable thumbs on each front paw, and extra claws. Hence the name…you don’t want to get in that cat’s face when she’s scared. She will shred you.)

AHAH! That probably explains what happened when I watched the one episode (it did say episode 1 though)

I did not know Netflix moved them around… The one that was shown to me first was “Three Robots,” officially Episode 2 according to the wiki. Spoilers here.

Maybe I’ll try one more…I’m beginning to think you all are having me on. The two I’ve seen were kind of grim.

I never said they weren’t grim, I just said there was an episode about kitties taking over the world

I never said they weren’t grim,

Unless you’re a cat.

Yep…I finally found the correct episode. (Already too late though, we kid ourselves that we’re in charge here. Cats have been our overlords for a very long time.)