So a certain unnamed goat, whose name rhymes with “Florio”, is the Harry Houdini of goats, and despite massive efforts keeps escaping. At first we thought there was a hole in the fence we were missing (there actually was), but then my daughter witnessed her just do a standing jump over the stone wall. So we had to put a fence on top of the stone wall, of course now she goes over that too…

. She doesn’t actually want to escape, but she also absolutely refuses to stay in the pen, so after putting in the metal fencing we realized we needed to electrify it since she was becoming braver (she’s walking down the aisle in the barn where we were tacking up the horses); some of our horses freak out, my horse likes the goats (well in reality she mostly likes saying hello to her little friends because they have a full bale of hay sitting in the feeder on their fence).

So off I went to the local Tractor Supply and bought steel fence posts and welded wire fencing. I bought all the supplies to electrify the fence, with the guy helping me find the right insulators to got onto the posts. Of course tractor supply doesn’t sell (or at least stock) the correct insulator for those posts… 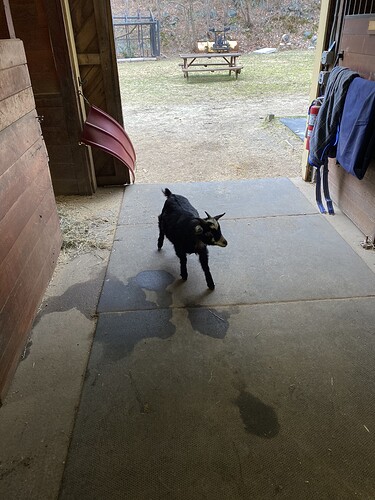 So at first it seemed like a simple profile for the stamped steel posts. It apparently the designer was a horrible person and made the sections at arbitrary lengths and angles. So my first 3D printed prototype failed miserably. Given how long that poll laser cutting the profile in draft board was the way to go, so after 5 or so cutouts I found one that gripped the post well. Now I did actually have an entirely laser-cut design that used acrylic only rather than 3D printed, but partly the yellow plastic insulators serve to warn people the fence is electrified. I didn’t have enough yellow acrylic on hand to make them, so 3D printed it is, but the Glowforge let me get the profile in minutes instead of hours: 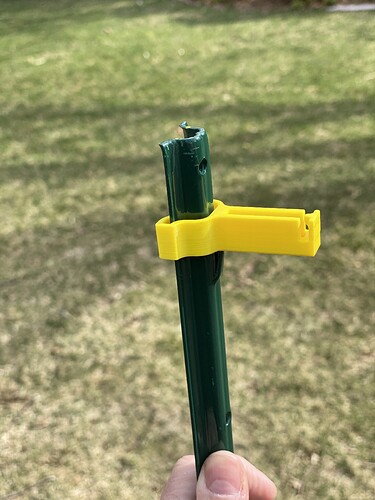 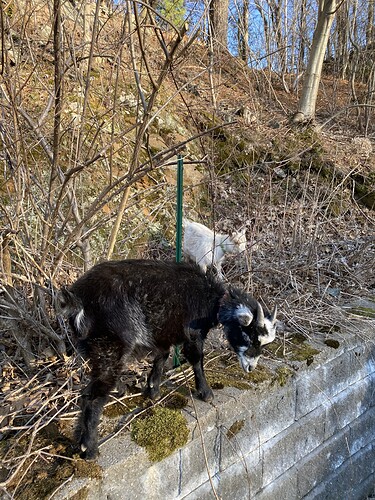 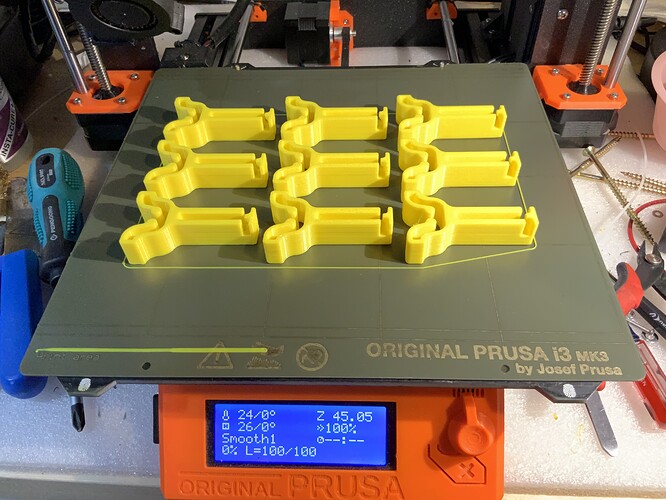 They are goats after all.

I have seen photos of them in trees like a flock of birds. It is too bad you are too far north to grow bougainvillea though they might eat their way through even that.
Good luck with the electric fence!

If she can leap over the fence, what good does electrifying it do? She won’t be touching it as she sails over.

We’re trying to figure out what to do about our cat. He can leap at least 3 feet up from a standing position (no run up to the jump) based on his ability to check out the countertops. Thinking I might put in a 4 or 5 ft fence and find out he can leap over that too.

Literally what fun is that???

The chain of people was hysterical!

I guess an escaping goat isn’t something you just embrace and laugh off. Blaaaaaaaaa

It’s just rude to chew on the wire while I’m stringing it! 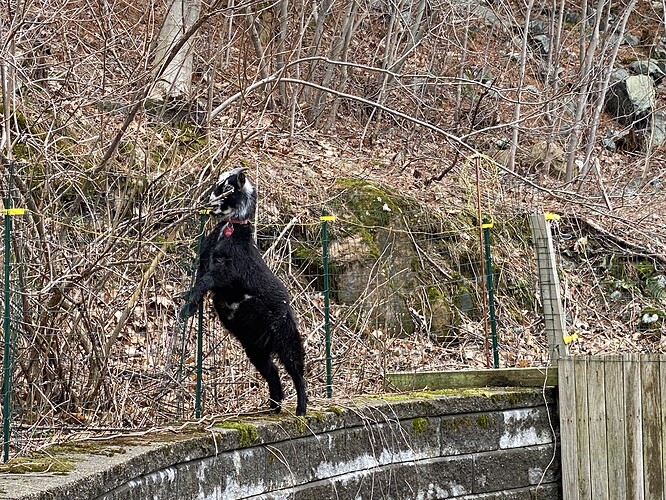 No way are you going to keep me pinned in…

I am thinking you may have better luck with a moat since this particular goat seems unchallenged by vertical barriers.

Please, please, please share video of the first time the wire is activated and he finds it!