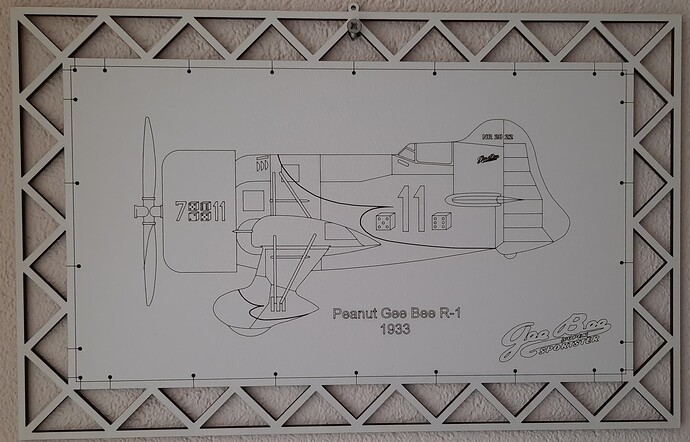 • place with your mouse pointer on the image below “ZIP Files:”

• and save as image

(To use it on your glowforge:

• and upload from file

Cute how you changed the tail number.

Do you build peanut-scale kits?

No just liked the shape of the plane so i drawed it over in autocad liked 2022 more.

But not into plane models. Wanted to make it red and white but like it plain scored better.

That thing really flies too!

yep not very safe to fly tho!

It was built for the Thompson Trophy in 1932 and won easily, Doolittle was quoted as saying it was the most sweet flying airplane he’d ever flown, and was perfect in every way. He did state it was too fast for the average pilot.

It crashed the following year due to pilot error - as did the R-2.

A real “tail-dragger”, Most of that thing is a massive Pratt & Whitney 9-cylinder radial that developed around 800HP so no surprise it was fast.
Nice share! 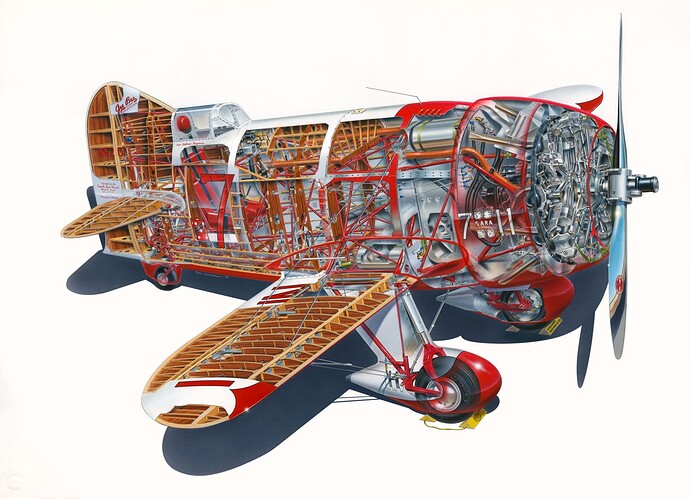 Thank you for sharing

yep not very safe to fly tho!

It was very safe to fly. It was the takeoff and landing part where it was really, really bad.

Besides the high takeoff and landing speed mandated by its stubby little wings, which made it unforgiving of mistakes, the pilot could not see the ground in front of the plane because of how far back the cockpit was placed, and how massive the engine on the front of the plane was. You had to take off and land by looking out the side of the cockpit. So the pilot’s “pucker factor” was reportedly very high during these flight phases…

It’s not an uncommon problem even for airplanes with “trimmer” profiles. Most notably, if you see video of P-51 Mustang pilots taxiing their airplanes, they swerve from side to side so the pilot can get a look ahead out both sides of the cockpit, because the view straight ahead was completely blocked by the forward fuselage.

Where did you get that pic - LOVE these!

Most aircraft are available.

Well there goes my day. I just found this:

Would be a nice project to draw!

Little known detail of the SR-71. The structure expands so much in flight due to heating, when the plane is on the ground, cold, the fuel tanks leak like sieves. They pump it full of fuel and take off right away and then fly fast to heat the plane up so the seams all seal up, at which point most of the fuel it started with has leaked out, so they have to do an inflight refueling to refill the tanks before the plane could go and fly its mission.

Titanium is a bit to far reached for my glowforce

You’d use the metal marking stuff to imprint the image on the metal. Never mind Titanium, the GF can’t even engrave Aluminum Foil…