This happened to my Air Filter

So a couple of days ago, I posted and asked if anyone has ever tried to blow out or clean their GF Air Filter. I’ve only had mine a month and a half and it’s already full. Since a replacement cost $277 when shipping and tax is included, I was hoping to clean mine if possible.

Someone shared a previous post from @whickmant in which they did indeed open up the filter and clean it. Therefore, I decided to give it try since the filter was otherwise trash anyway.

I’ve shared photos of what I uncovered because I was very shocked at what I found and discovered. (See Below) My result was very different from that of @whickmant and so I am curious if anyone else had this result and if you can explain what the deal is?

So from the first photo, you can see that I drilled out the pop rivets to remove the metal screen. After removing the screen, you can see from the second photo, it was packed tight with tiny pieces of junk that had been filtered from the GF. From the photos shared by @whickmant I expected that this would be a very thin layer and that there would be two air filters underneath the thin layer of gunk that clearly had the filter clogged up.

However, you’ll see from the photos that follow, that when I started vacuuming them out with my shop vac, the tiny particles went deeper and deeper into the filter casing. The last photo shows how deep the rocks filled the casing until I finally reached the air filter. I was unable to remove that filter because it seemed to be glued into place. However, it was fairly clean as you can see from the photo.

I am puzzled as to know if this space in which I removed all of the tiny black particles was originally where the top filter was at??? Were the tiny black rocks shown in the photo actually the filter itself which had been broken down to that state because of so much stuff it had filtered? Or am I all wrong and there is actually another filter under the one shown in the photo?

Inquiring minds want to know…thanks in advance for your help. The photos are below… 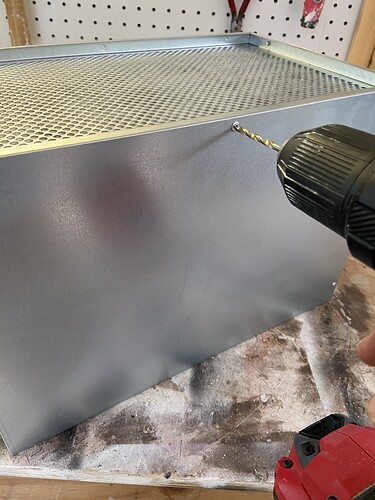 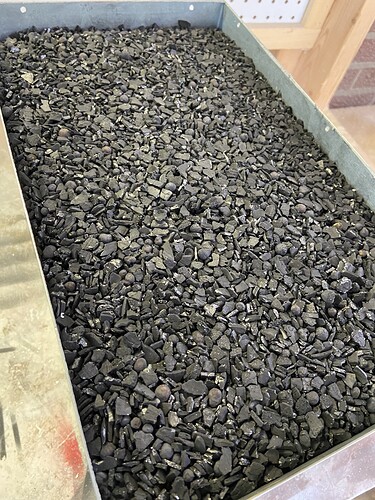 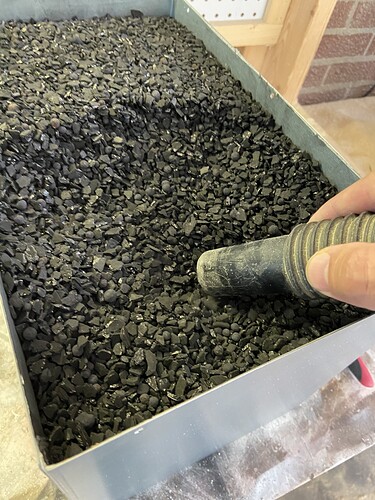 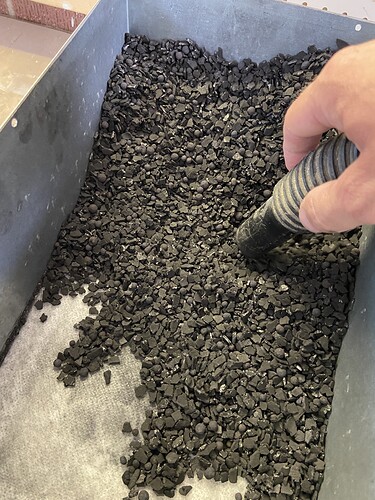 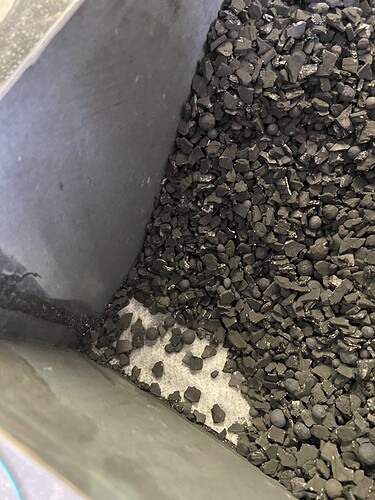 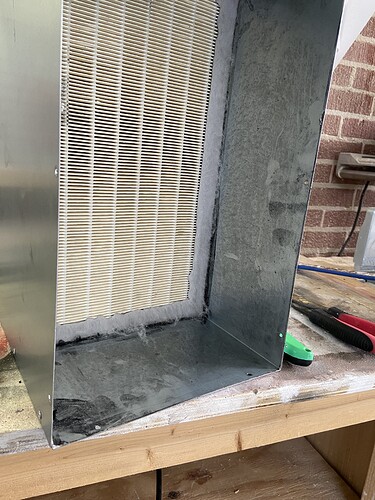 That is the charcoal that helps filters the air.

Hey there, Im the guy who wrote that air filter cleaning post. Mine did not have that, but I don’t think you should have vacuumed up the rocks haha why would you think your machine was putting rocks into your filter? THose rocks look like a new addition to the filter I presume as mine did not have those. Under that, from my post you can see I did cut out the glued part (I had to to get to the rest), so that I could shake out and vacuum the rest of the filter.
How old is your filter? I can’t tell if that is the old model or the new one. Under your rocks I see the filter that was in my photos which I took out and that is what needed to be cleaned. check my post

GF is gonna hate me for this lol. We all agree who have the air filter that for $999 and $250 per filter, it should last way longer than it does. Well I got tired of it and today smoke finally started shooting out of the machine (which also confuses me why this machine has such gaps), decided to figure it out myself. I will say up front for legal purposes “dont try this at home” and/or “do not void your warranty” and generally “dont listen to me”

I only started taking photos mid way. us…

It’s a new filter. I’ve only had it a month and a half. But it had to be turned all the way up due to the smell that was still in the air. Based on everything I had read from GF, it seemed I needed a new filter. Because that one was no longer working. I figured it was trash anyway so I’d go for it but you may be right about the rocks. I didn’t think of that…DOH! LOL! I didn’t think that it was sucking up rocks but thought that maybe the gunk it was sucking up from the GF had broken down the filter into this state.

I think you’re probably right about the rocks though. But the filter that was under the rocks looked clean as though it didn’t really need cleaning…so I’m not sure. I’d love to hear what the folks from GF have to say about it…lol

Maybe try the filter now without the rocks, if the filter looks clean see how it works. Altho I think mine looked clean until I actually took it out and in my pics you can see its like thin ‘flakes’ of dust caked together inside that only comes out after shaking and vacuuming (probably the point). But that is the part that is prob clogged. You will have to cut out the glued part!

Also as an update, I ddint bother cleaning it another time I started venting out my window. The air filter is overpriced junk and out the window is the best bet.

Hello @chadowensgcpd It seems like this is beyond the scope of our support. I’m going to go ahead and move this to Beyond the Manual.

The black rocks are activated charcoal. Their job is to remove the volatile organic compounds that are harmful to our health and give off smells. The filter under the charcoal is a hepa filter that removes very small particles. The filter on top of the charcoal is a large particle filter. That is the filter that plugs up first. A lot of people add a pre filter on top the the filter cartridge and use washable filters that they change out and wash every hour or so of glowforge operation. That greatly extends the life of the filter cartridge. But as you have found out the best way to go is vent outside if at all possible.

The black rocks are activated charcoal

This^^
The filter is both mechanical (particulate) and chemical (fume). Both will saturate eventually.
Venting outside is the preferred option if possible