This just crossed my radar:

Interesting. Curious what other people think.

diode lasers are super low power compared to CO2, from my understanding. you can’t cut nearly as thick.

having the fiber might be cool. i don’t know enough about fiber power levels to know what 2W 1064nm means in terms of fiber. i’m guessing it’s pretty low power. getting a fiber laser for that price seems a bit low.

I have a friend that has talked about his fiber laser. He uses it to etch metal, but says it would completely burn up wood. Something about the frequency of the laser?

Maybe he can’t control the power like we can? I don’t know, I didn’t ask. (Maybe I should the next time I am talking with him?)

Some cool innovations there. No fume extraction would limit what you can do where, and the advert said engrave anything, but we know actually engraving (removing metal) takes more power than that, right?

Some YouTube reviews I watched suggest it’s little more than a scam: there is no fiber laser, just a low-power 1064nm diode laser. It will engrave metal, at a very low speed, but that’s where the similarity to the real deal ends. There are several companies now marketing these 1064nm diode lasers as “fiber”. The price point has creeped up to the point that you can buy a real fiber laser for not much more.

Well… I’ve used an LP2 and LP3 to do some engraving in metals, and both of those units worked without issue to complete the projects, so taking advantage of the Kickstarter for the LP4 is a no-brainer for me. I like that it is dual-power, and I really like the portability of the LP units because it’s way easier to take the laser to the project than to spend a bunch of time trying to figure out a way to get odd-shaped/sized projects into the Glowforge, which is the exact reason that I’ve used them in the past.

As we all know, not all wood is the same.

I like the idea of being able to engrave a sphere. I could have some fun with that.

I am always a little amused by the glamor shots in the extreme white rooms with no ventilation (and no cats).

buy a real fiber laser for not much more.

I guess the question is - are the fibers you can buy for not much more built with the hands-off approach that Glowforge pioneered and so many are now copying? Or are they the “you can get a laser for a few hundred bucks, but you have to manually focus it every time” style?

Mine arrives in March, which probably means June or later on kickstarter time. I will be looking to sell it though, as I ended up ordering a EMP ST50J Galvo Fiber Laser through Aeon, as they had a 50% off sale. It was too late for me to cancel the laserpecker kickstarter, so I’ll let you know what I think of it. Handheld with 2 types of lasers looks interesting. 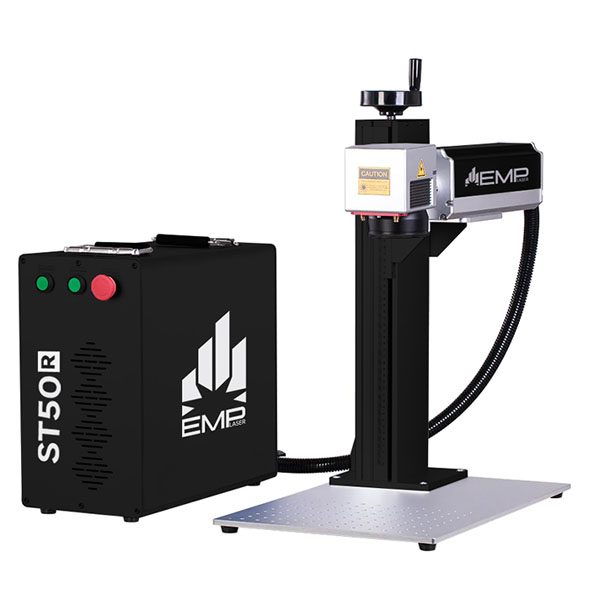 Just like with all the other machines I’ve bought, there really is no plan. Engrave some metal, rotary for rings, maybe engrave some tools. I’m sure I’ll find some things. Probably create some jigs and do slate, as it’s faster. 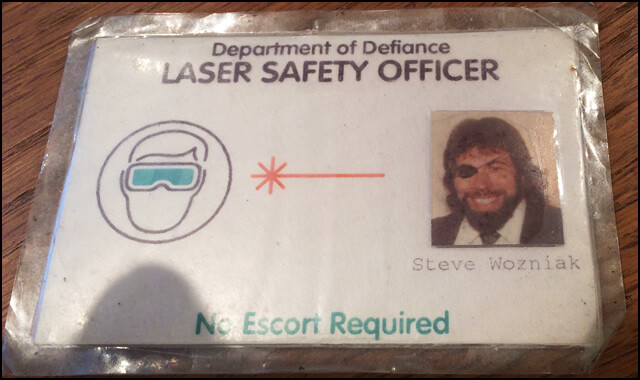 He wears his certification on his face.