Hey folks, I’ve been doing a couple experiments with tile and I’d like your input. I wanted to compare results of using the Norton tile method (spray tile with paint, laser engrave, remove excess paint with a solvent) versus the cold galvanizing spray method (spray tile with cold galvanizing spray, laser engrave, remove excess spray by scrubbing under water).

I have to say that the methods give significantly different results and what I’d like to get is something between the two. The Norton method gave me a very pale result but the shades of gray were more accurate, whereas the galvanizing spray gives such a rich deep brown color but the shading is too contrasty–I lose a lot of the shading.

Here’s the comparison of the methods: 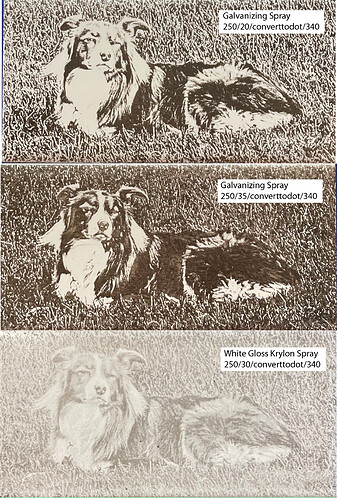 And here’s the image I used (optimized for engraving using @jbmanning5 's Photoshop actions --although maybe I shouldn’t have done that if they are optimized for wood only).

I did do one other test tile: 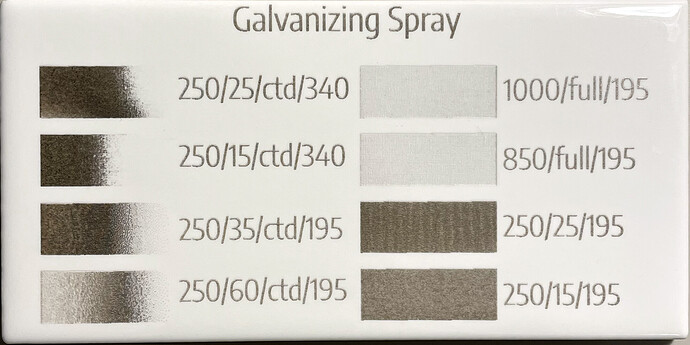 testtile2160×1082 429 KB
The left column are rasterized gradients, black to white. The right column is vector fills with 100% color.

So, any suggestions where to go next on the galvanizing spray? (I do need to get more tiles tho…)

I wonder how laser safe galvanizing spray is compared to paint? I always think of galvanizing to be zinc-heavy and zinc vapors are pretty nasty for your health as a rule.

I suppose if your vent is good it’s not a big concern but it just made me wonder.

I do have a supplemental fan which I leave running all the time the Glowforge is on, but that’s a good point. My vent points to some bushes in front of the basement window. The zinc is probably not doing them any good.

Personally I’d suggest doing this one, but at 270LPI instead of 340. I think that will give you back some of the shading you like from the Norton tile.

As an alternative, I’d try doubling the power (or halving the speed) on the Norton.

I looked at the pdf in comparison to the result and it reminds me of why I hate photo engraving on tile. I haven’t done much of it and tried to nail down the process but I know that’s a PITA

I can see a lot of details that are lost in the engrave, especially in the chest area, and especially on the one with 20 power - which I feel is odd.

I haven’t looked much at the Norton method or know much about it — iirc, that’s done with a diode laser (different wave length). I looked back and saw another post of yours using that method, why do you think the difference?

Actually, the Norton one in this thread is the only one I’ve ever done. That other one you saw was done with galvanizing spray. I think that the laser reacts to the zinc in a different way from the paint. If you look at the first tile I did that way you will see that there are darker areas in the photo that actually engraved lighter than some of the mid tones. So I think it’s not as simple as more power yields darker result.

So, any suggestions where to go next

I would think that a high LPI with the dot engraving would give you the best results and ink/spray the piece after. The dot or pattern engraving is designed for cases that are either black or white, and use spacing to achieve grays. Tile does not do gray well so that achieves the goal.

I would not be using anything with zinc as it could nicely short out fine wiring I think, much less breathing it. That might be less a problem (they sell high zinc tablets for health)

I’m gonna just throw out a gut feeling with nothing to back it up. I don’t do that often, but I feel like you’re up for experimenting…

Following this discussion to see where it leads.

Interesting! Would you recommend that using this photo that has been optimized for Glowforge engraving, or with the unaltered photo (below): 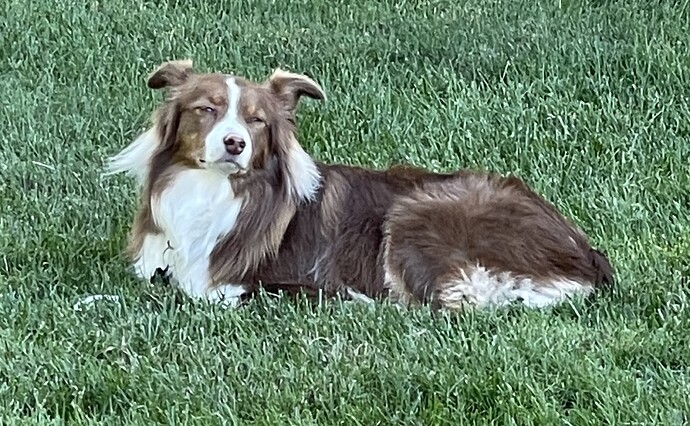 Processed should be fine! I might try and take a look at in the morning and see if I can optimize it any further. I just sent out a new version that should pull even a bit more detail out of the highlights (let me know if you didn’t get that email).

I did, and I used that version.

Well they won’t get any moss growing on them

Update: I tried a couple of the suggestions above.

First, from @deirdrebeth: I ran this one with the same settings as the one you chose except changed the LPI to 270. Results look pretty much the same except maybe a little softer, less contrasty:

Then I tried @jbmanning5’s suggestion of changing the ranges on the Convert To Dot options; I changes them to 15% minimum and 80% maximum. Result:

I did get a bit more detail in the shadows but it’s very dark. I’m thinking the next experiment should be doing the same thing but cut back power or increase speed significantly.

But I’ve run out of tiles–need to get some more.

So 15 is a pretty big move for the minimum density (I know - I suggested it!). But it’s a good way to quickly get a grasp on what’s changing. If you continue this route, I would halve that and probably go to 8 for minimum.

It’s interesting that it got darker dropping max down to 80. That should decrease the density of the dots in the darkest values which reduces will typically reduce overburn.

So i guess what we are seeing between the two runs (original density and the density at 80), is that it’s leaving more black paint due to fewer dots. So maybe go back up with that a bit.

All great info!! Fun to experiment and see the variations. I just wish I had more time! My day job gets in the way:-)

Interesting experiment! That top one is getting pretty close and my gut reaction is you could improve the shading detail with image prep, but that’s just a WAG. (Quick sample of where I’d take the scripted one.) 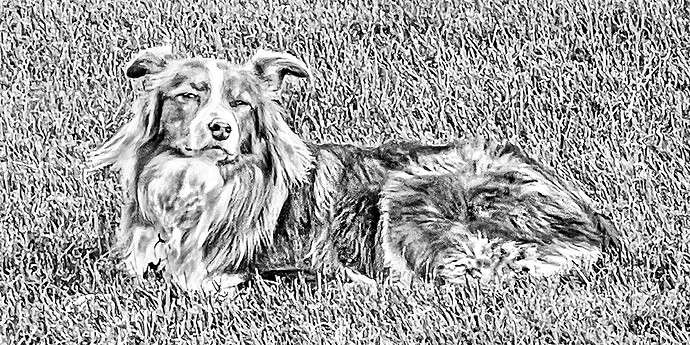 And here’s a version from the original photo 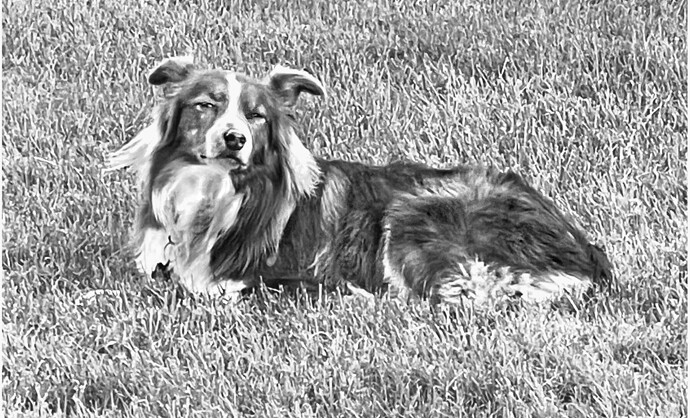 but that’s just a WAG

Or SWAG? S for sophisticated.

I really like the look of the original photo best of all!