Today's Soup, and a Story

Saw this on a chalk board and had to redesign for a birch plywood plaque to put in my home bar. Since then, several friends have asked for one for them. 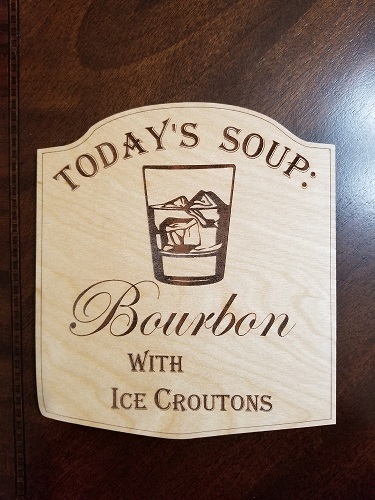 Then I had to engrave some ceramic tiles to use as coasters. Used the same glass of ice croutons for those. 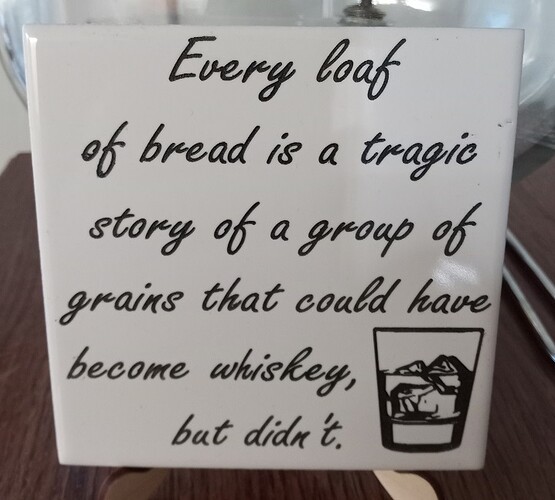 So terribly tragic but yet so good!

These are really cute.

I made similar for a good friend back here, he has it in his pool/poker room. We like to share single malts. I used a photo of a chalk board sign to engrave it. Can’t find the pic, no longer on my phone, but I remember where I took it - at a pub near Wagamama next to the tower of London.

Wagamama gets a bad rep in the UK but we liked it. Wish we had similar over here.

For many years, I drank Dewars with a couple of ice cubes. One day someone suggested switching out the cubes for crushed ice.

Wow— that switch took the Dewars to another level. Very different and much better.

The first remedy for pain? I will never look a a loaf of bread the same now.

Very clever! I might have to make one for me

Yeah, the first one, I switched to ‘Bourbon’ since I lived in Kentucky for several years. The coasters, I left as whiskey in case I moved…7 months later, work relocated me to Michigan.

Single malts are almost always a good choice too.

The UK is on my wish list of travel. Family immigrated from there a few generations back.