has anyone had any luck using the trace feature? the lighting and camera are so terrible that it is practically useless. If the item has ANY sheen it gives a distorted unusable trace. I am attempting to scan a very simple 2 distinct contrasting colors badge from a car and it can’t get the job done, thoroughly disappointed

Most shiny, glossy, reflective type things are often just tough to scan, or photograph. with a professional camera there are lens filters (physical hardware filters, not instagram filters) available to help with glare, but you can’t really put a filter on a scanner, or the GF.
Apps like google’s Photoscan are available for mobile devices, and can help a lot for some situations. You take photos of a single object from a few different angles (so the glare spot is in a different place in each pic), and then the app combines them into one picture (that hopefully doesn’t have any glare, or at least much less).

Where the trace function really shines, AFAIC, is black Sharpie on white paper/masking.

Collaboration with Cassady Bell / Stress Testing Trace Made on a Glowforge

I’m one of those people who would give their left arm for an original piece of art from Cassady Bell. Okay, I’m one of those people who has given their left arm… he’s just not done with it yet. But after 13 hours of sitting in a chair, you get lots of time to talk about lots of things, including what it would be like to throw some of his designs in a Glowforge. So, he handed me a book and said ‘see what you can do!’ [image] I figured a wallet would make a good test… [image] Nothing too fa…

I have had luck. Did you use the arrow keys to change the contrast?

A good discussion on utility and limits:

Glowforge's Trace Functionality Everything Else

In my experience so far I am using a laser for accuracy beyond what I can achieve with my hands. I use a laser when I need perfection. It seems a lot of emphasis is being placed on the trace function, which is cool, but sometimes its hard to see where it would be actually useful beyond the gimmick. Here are the things I have run across where it would have been helpful: Templated/repeatable cloth/leather pattern cuts for wearables, especially synthetic fabrics. I had to make 6 deadpool masks a…

I admit that I have not had a lot of luck with it but a lot of other people have.

What ever happened to 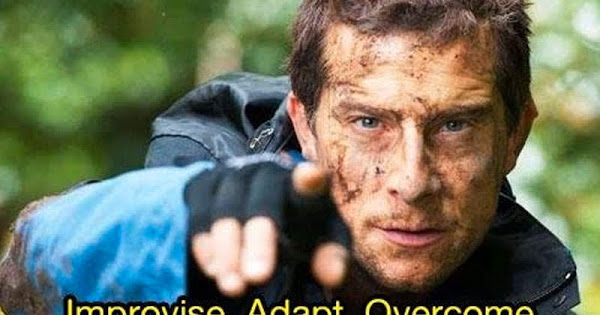 I simply think glowforge was misleading with the usability of the scan feature, and I also feel like that is why we all paid a premium to avoid having to create work arounds

The better the contrast between the drawing and the paper, the better the result. Also you do want to watch out for shiny materials…they will throw reflections, and that messes up the scan.

Like @jbv said though, that happens with all scanners.

So dull the finish on the object. Spray it with a matte finish, or slice a potato, soak the slices in water, and dip the object in (potato starch). Rub some hand lotion on it. (Yeah, you’ll have to wash it off after, but I’ll bet you can find something to take the shine down.)

I tried the trace function a couple of times. Never got it to work. Gave up and just scanned my artwork in my printer/scanner machine and promptly forgot that the Glowforge even had this feature.

i wouldn’t use it for anything serious, personally. the GF camera shooting down on the bed in what will be inconsistent lighting (between GFs, not necessarily in your particular rooms) will never give results as good as a real scanner, brought into a photo editing program, and cleaned up before engraving.

i have tested a couple of quick drawings and will be using the trace function at maker faire this weekend for customizing tchotchkes. it’s fine for something like that, where you don’t necessarily have super high expectations. and you really need a good, high-contrast drawing (like black marker on white paper) to get a good scan.

so for what it is, i’ts not useless. but it’s not a particularly high quality option.

i have tested a couple of quick drawings and will be using the trace function at maker faire this weekend for customizing tchotchkes.

That’s exactly how I use it. Makes for a nice intro experience for folks to get to understand what lasers are capable of. I’ve done hundreds of traces over the past couple of years at MFs without a problem.

AKA, “I can’t make it work so it must be the software/hardware, can’t be me 'cause I’ve got all the participation trophies that tell me I’m wonderfully special”

I have had great luck with it on the couple of times I have used it. The drawing was black on the matte white masking of the Proofgrade material and it scanned and engraved perfectly.
However, yes, gloss will cause problems. This is the case with any scanner and even most cameras. You may need to use a flat bed scanner and also dull the finish to prevent reflection.

Have you tried the Adobe Capture app? I have used trace a few times and I’ve found it useful but I have a scanner and also use my phone a bit, so it’s not the only thing I use. If you have bright light shining in your glowforge it might cause some reflections that make trace less effective.

has anyone had any luck using the trace feature?

I’ve used it only twice in the couple of years I’ve had my machine. Both times it worked great. But both were rather simple drawings. Black on white line drawings. I had to play with the contrast a little to get what I was looking for. I wouldn’t say it’s a particualrly useful feature, in general. But that’s my take on it. I’m sure others have gotten great use out of it. I’d sooner take some artwork, scan it on a flatbed, then clean it up in Illustrator or Photoshop as the case may be.

I haven’t even tried using it because the camera distortion is to great on just placing objects - that there’s no way the tracing would be very accurate. Might as well just take a photo and engrave that.

Have you tried the new camera calibration process? It’s kind of a Big Deal. Once you’ve calibrated, use Set Focus where you want to place your object, and you can get near-perfect visual alignment!

i agree that it’s going to be better to get a better quality scan/image than the trace would provide. and it’s always better to adjust in a photo editing program. but having used it this weekend, it did a decent job for the quick and dirty scans of kids drawings that i engraved at maker faire.

i think it’s fine if you understand its limitations. i think GF oversells its usefulness, but it’s not useless.

Thank you @jbv for that information.
@crazyheck2013 I see that we’ve been in communication with you about this directly. I am going to close this thread, if you have any other questions please start a new topic.