I saw this the other day https://makezine.com/projects/make-20/the-unabox/ and decided to try and make one myself. The make article include plans but I decided to rework myself since it was designed for making with hand / power tools not lasers. I had to make a few alterations to the lid as the make version used an angled cut both vertically and horizontally naturally that’s difficult to do with a laser.

I used some proofgrade maple plywood and a few bits of hardware for the hinging element and then a match for the locking pin.

It works fairly well but I’m not totally happy with the bolt for a hinge I might redo it using something like a bit of dowel or some such. The locking pin was also a little small I wrapped it in some tape to make it fit better and I might well replace it. I also might rethink how the lid works to make it lock in better but I’m sort of regarding this as a proof of concept rather than a finished item I’d like to make it with more ornamentation and maybe some nicer wood. 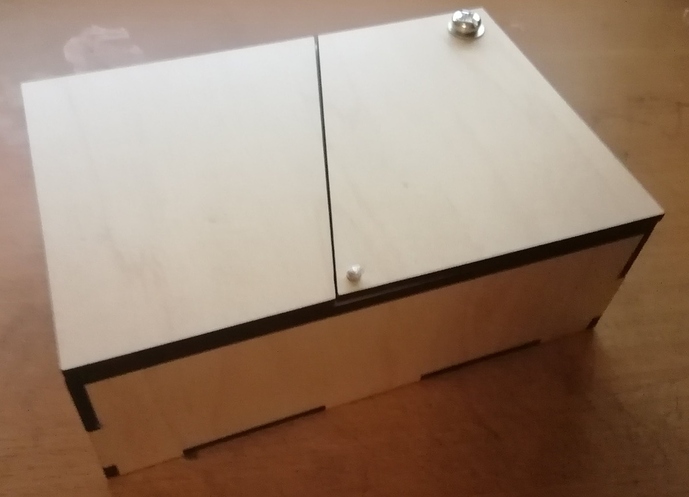 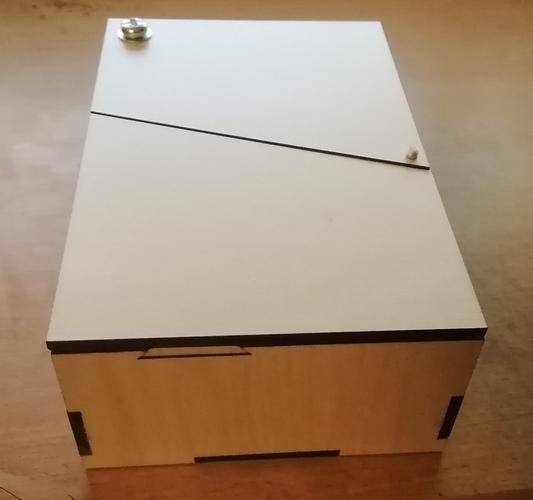 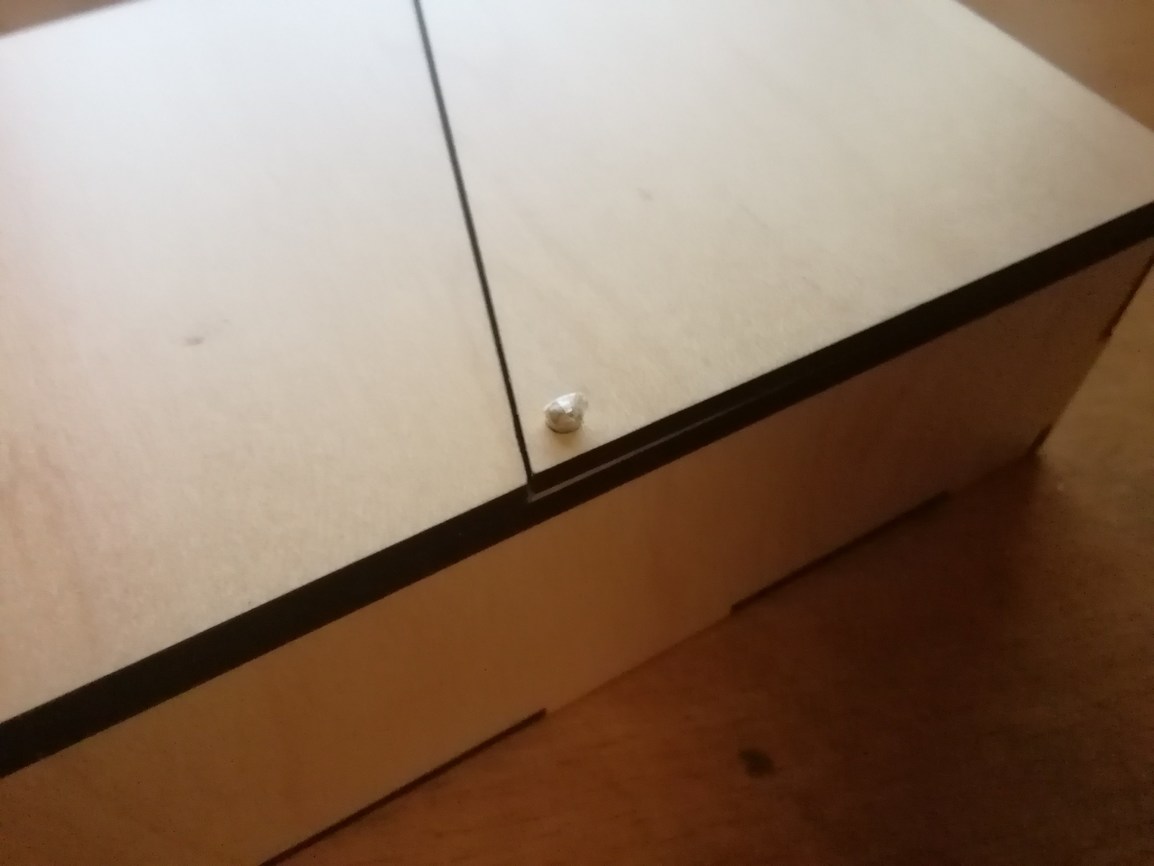 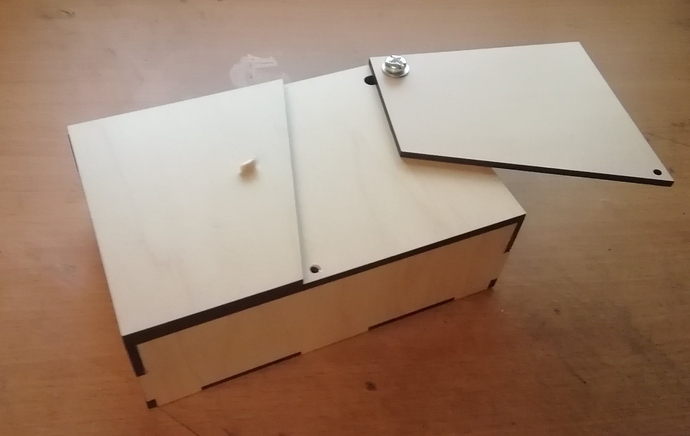 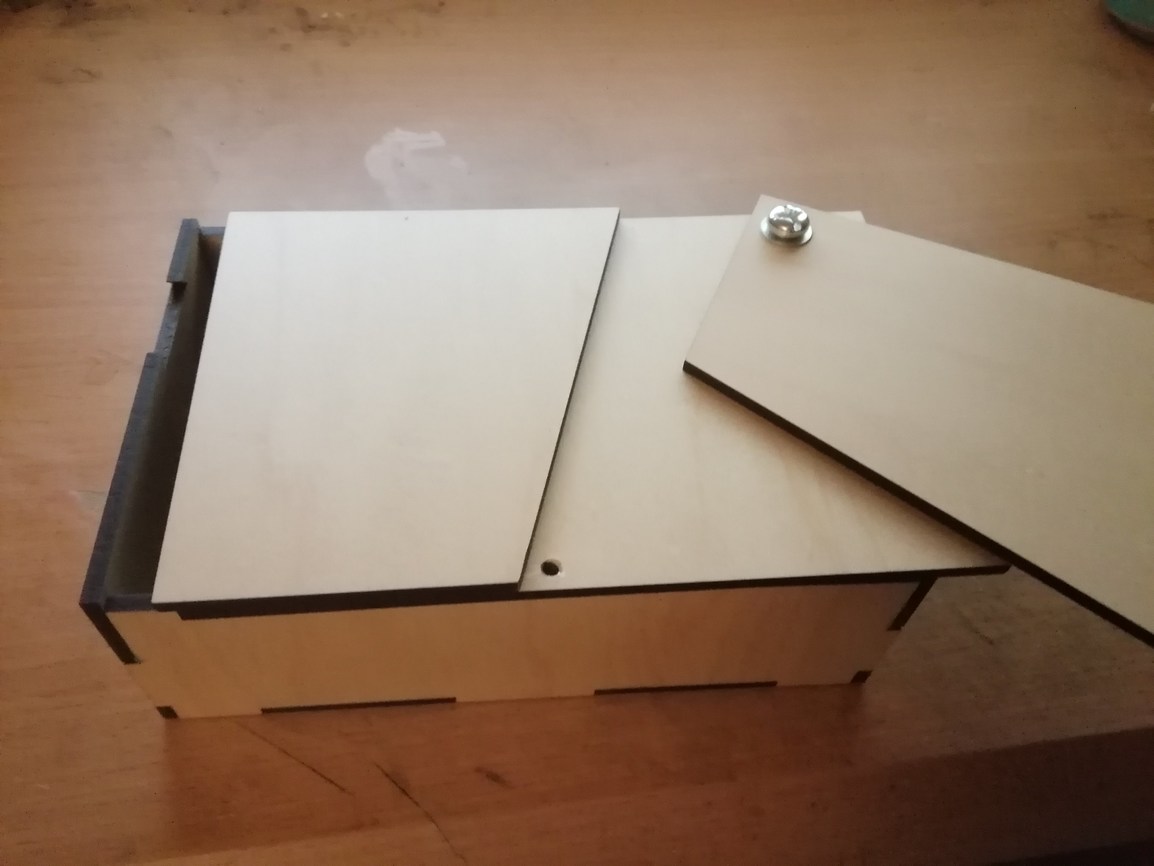 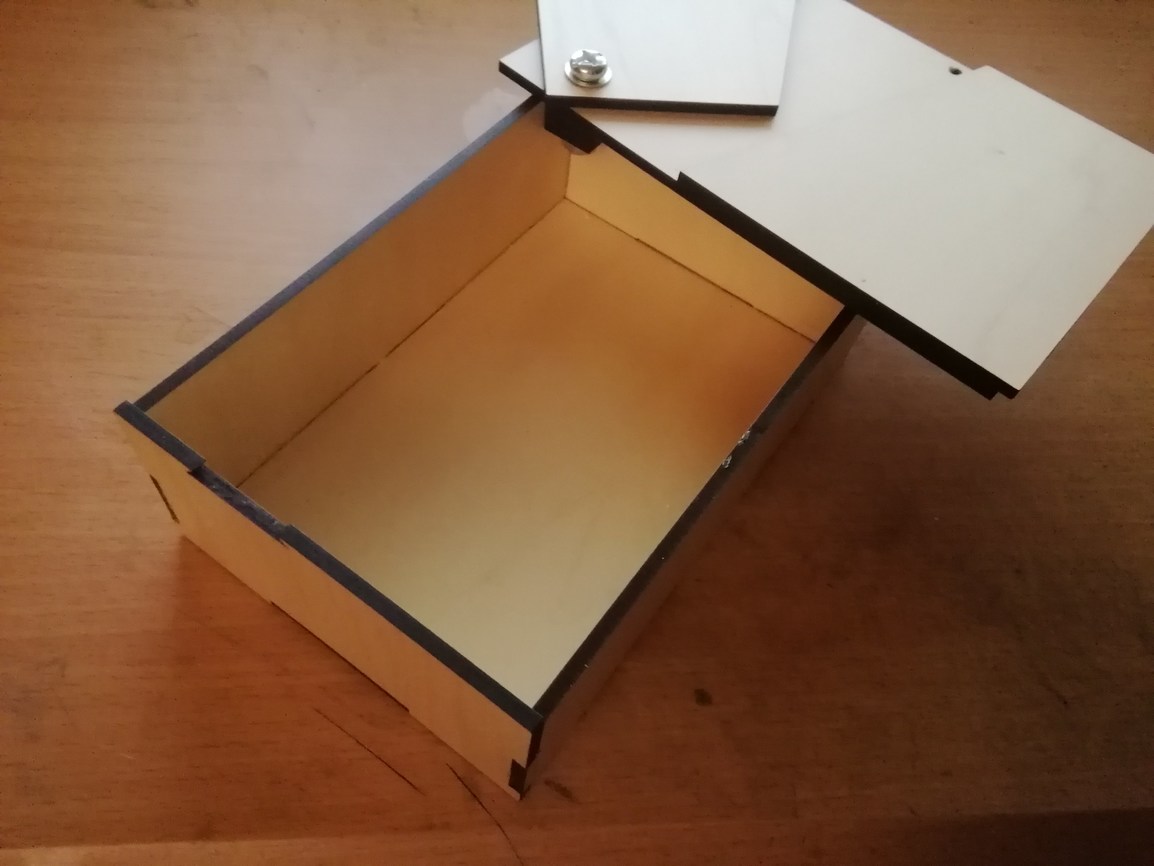 I made one too. The link to the plans were missing so I tried to find another reference. The one I found was a youtube video. It was awful. The guy made a few shortcuts and undoved the dovetail. It was hard to tell from the article. So I totally missed it. So my lid did not lock into place. I had to add a dowel to lock the lid. 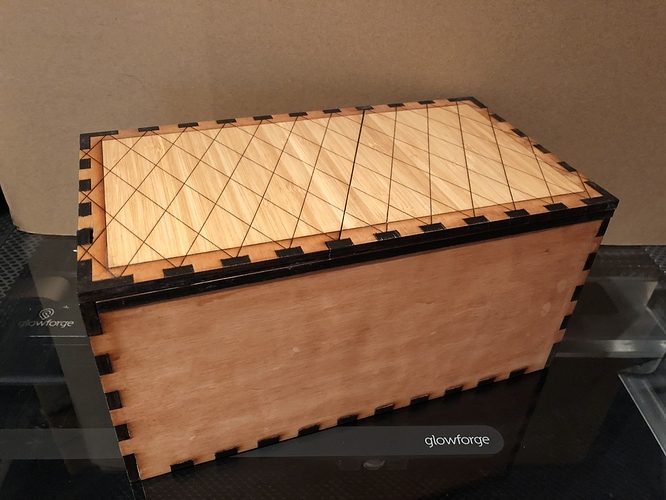 It is a secret unabox. 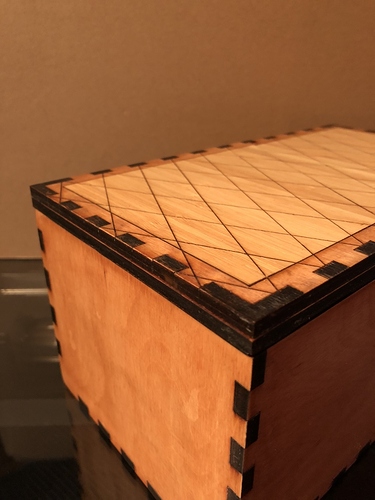 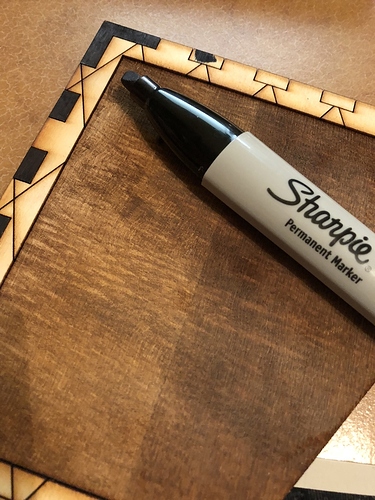 Both of these Unaboxes are beautiful! I’ve never heard of such so now I have to go do some research.

Next time I would try a wider score. But at a glance it is pretty good. 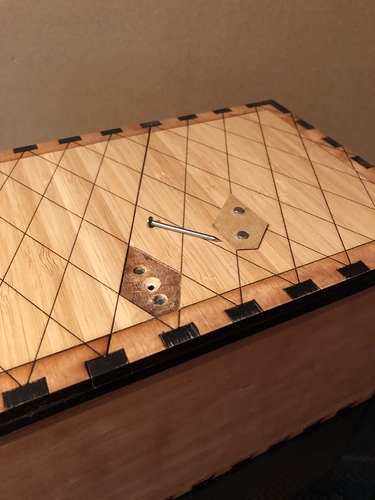 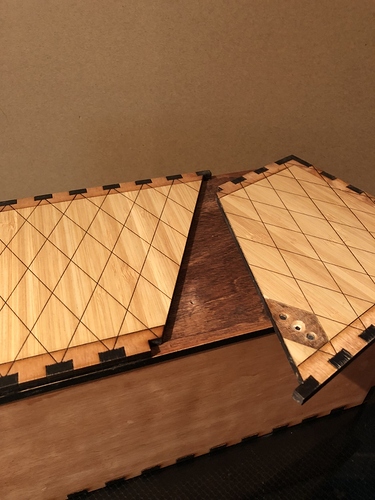