This seems small but may be useful for what the Glowforge cannot do, and the price seems good.
Does anyone else know much about this or the company?
https://2ufuture.com/products/3d-printer

It’s using all the information, pictures, and video from this kickstarter campaign, without using the Snapmaker name. 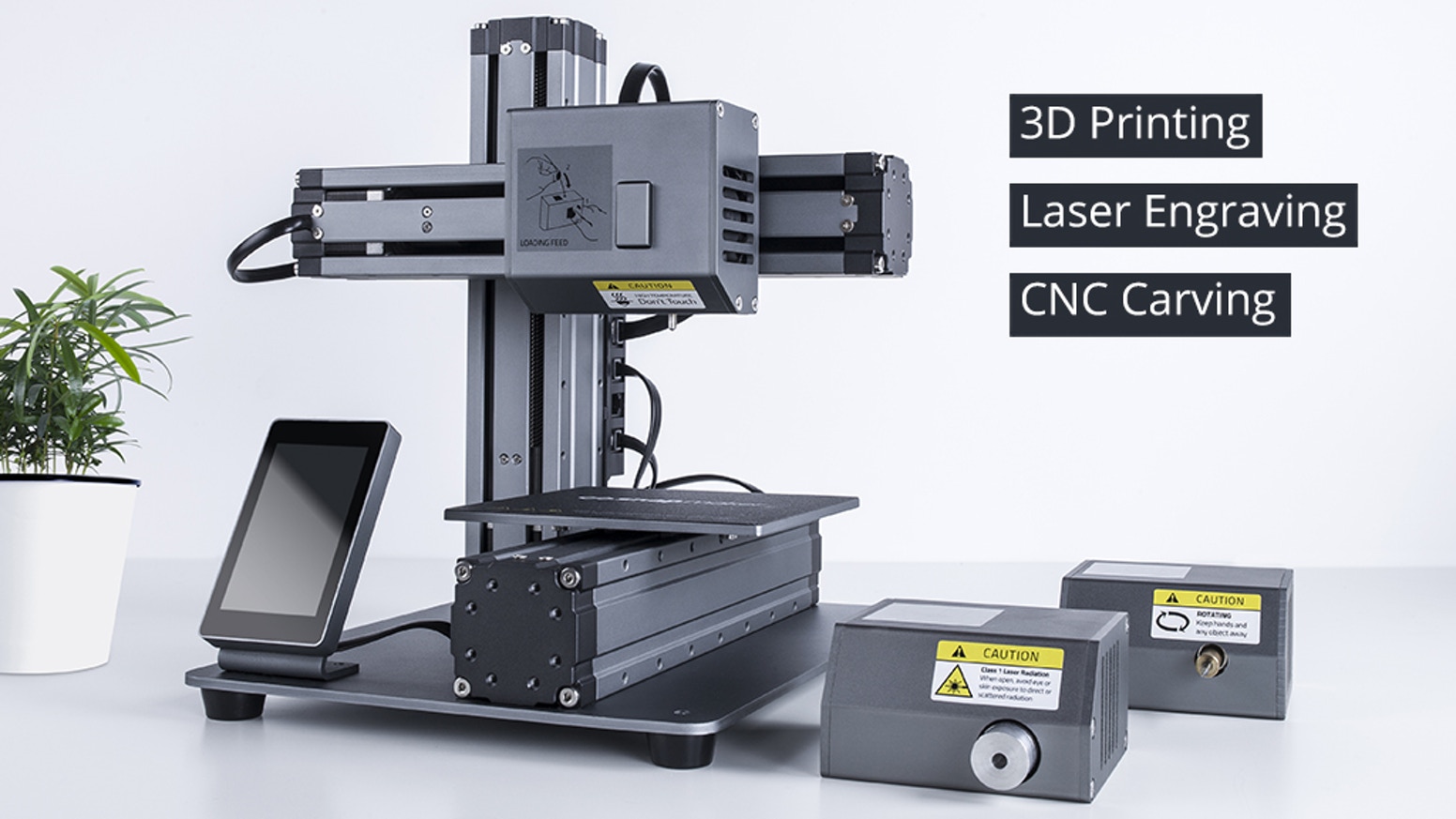 Turn your desktop into a workshop. You can easily do 3D printing, laser engraving and CNC carving.

I’d be extremely suspicious of that site. Less than half the original price, and no mention of the kickstarter or brand name. You’d probably end up with a bunch of questionable parts of various Chinese 3d printers in a box.

Looking at their other products and the pricing, that’s absolutely a scam site. You’d probably receive nothing except a credit card bill for anything you ordered.

there are lots of scams being created by people scraping a kickstarter or some other site. putting it up some place else and presto orders roll in and product never rolls out.

The actual Snapmaker apparently shipped with a 200mW laser instead of the 500mW mentioned in the kickstarter campaign. They didn’t tell their buyers about the change, but claimed the lower power laser still does everything they showed in the kickstarter promo materials.

Reading the other comments–avoid this one, but I’m sure a legitimate one will be coming out some day, as it’s a great concept.

Though 500mW–500milliWatt, is 1/2 Watt–can’t image it working on more than marshmallows?
Though saw a video of one cutting 1mm thick balsa wood–eventually. If you don’t mind waiting nearly 2 minutes to get a 1" circle…

But also “what the GF cannot do”. The “all metal” refers to the construction only–and the laser cannot do anything on metal… so if it were real, the only thing it might be able to do the GF can’t is 3D printing. And maybe damage any organic bits that get near it while it’s running.

Snapmaker already stocks and ships their device that 2ufuture lists for a ridiculous discount (definitely scam site… the site is only 3 months old and the address on there is bogus).
Snapmaker also has an add-on 1.6W laser module that you can get right now too… So you can cut extra thin things lol. It’s no GF competitor by any means, but apparently a decent little device that can do a few more things than the GF. But the key here is that it’s a tiny footprint (and i’m sure engraving anything on that must take ages).

Edit: from some reviews, it’s not a bad machine. Nice to be able to do some milling, laser stuff, and FDM in one easy package.

I do love the idea, and if there was a reputable one on the market for that price point, it would be on my wish list!

I wanted the CNC and 3d printer capability and was not actually interested in the laser. As others have noted I like the concept and would almost consider building such a thing had I the chops to do it. I think that someone could or should go for the concept.

I must be biased.
When you go to Websters for a definition of Messy they have a picture of a CNC machine.
Why you would want to include 3D printing or Laser into that equation is beyond me.
Any machine that tries to do two distinctly different things is usually going to do neither one well. Three is a lost hope.

But if a Swiss Army Knife is the method that works for you, go for it.

OFF the soapbox, so y’all can Get Off My Lawn now…

a Swiss Army Knife is the method

A matter of perspective. A Japanese carpenter would consider having a single wood saw nearly maiming. There are some folk that have a number of lasers, several 3D printers and two or three cnc machines and the room to have them, and each for different work. Had I the room and the funds I might be one of those. I just bought a belt sander because my “Swiss army knife” Sander/saw/drink mixer is not up to the task and will need another shop vac as well to handle it and I still don’t know where I can put it.