Haven’t seen this layout before, kind of fun. 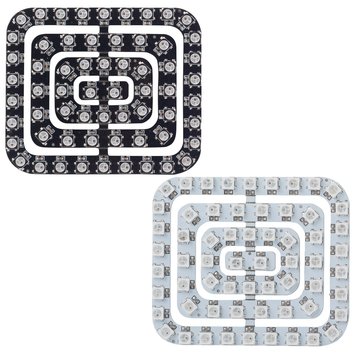 Very interesting! Did ya get any?

Nope, I have a bunch of strips that I could layout in that arrangement if I wanted, I suppose. I’ve not been into light projects in a while, I suppose I need to do the one I’ve been thinking about for ages… maybe that’ll reawaken that part of my creative output.

Yeah, I have a bunch of LEDs laying around too. I’m resisting to urge to go, “Oh, neat new thing!” and buy some. I can’t really think of how I’d really use them, but I want one just becasue lol.

That would be really great! With a bunch of electronic stuff and the knowledge to use them amazing things would be possible!

These look fun. I cannot figure out what to do with that shape though.

It would be pretty easy to make a stylized clock out of it, but I’m not a big fan of ultramodern led ring clocks, so nah.

Did you have a laser before you got your GF? Did you know how to use one?

Hard to see a clock in that mess. Not a lot of divisible by 12 in there.

Inner ring is 12. Hours. Middle ring is going to be an approximation, it’s not perfect. Outer ring is 30, right? One light every two seconds. With subpixel animation you could make the minutes and seconds smooth really easily.

As for seeing clocks in a mess, check out tokyoflash, they are the elder statesmen of “that’s a clock?”

And since we’re talking strange clocks, Roger Wood’s assemblage clocks are fun, too.

my bad, i miscounted that outer ring. thought it was 32. middle ring is still mostly useless though

Did you have a laser before you got your GF? Did you know how to use one?

The really amazing thing that @dan has done is make most of that lack of knowledge irrelevant. Knowing how to use Inkscape or whatever artist software is needed, and basic cleaning, but even the cut settings can be managed by the

label if needed so not similar even to other lasers.

The LED/arduino community has made it pretty approachable to get started with microprocessors and LEDs too.

All you really need to begin is an arduino or clone, and some basic hardware. The getting started packs are a really good introduction: 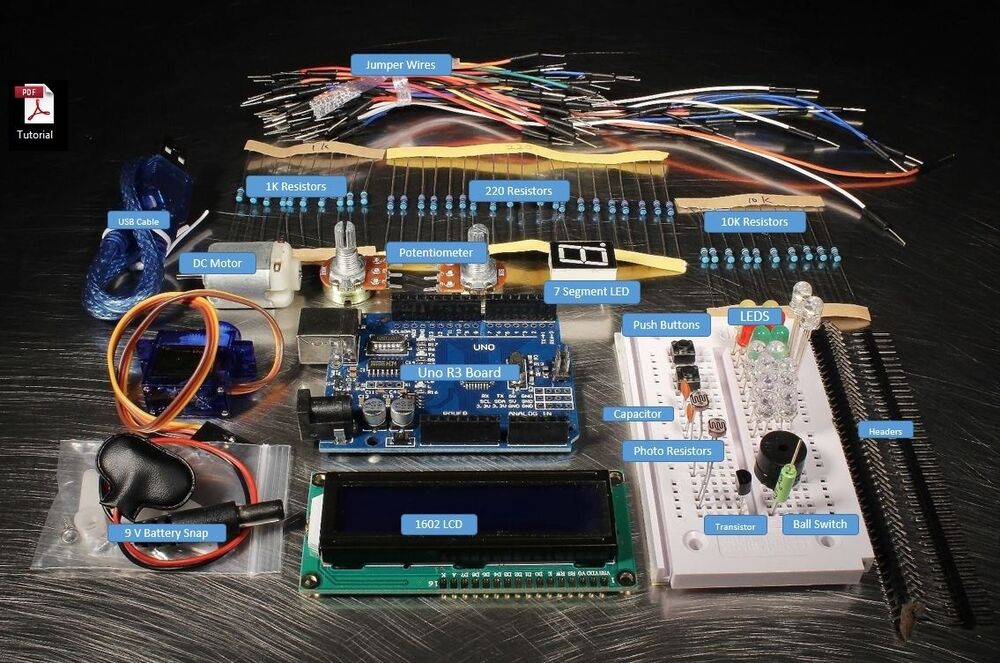 Join the DIY revolution with our Basic UNO R3 Starter Kit. Perfect for anyone thinking about getting into electronics but doesn't want to spend a lot of cash. 1x UNO R3 Arduino-Compatible Board USB Cable (Tested and Working!).

You could get it cheaper maybe, but $25 is a pretty dang good deal.

From there, you’d want to start angling toward these multicolor LEDs, and the easiest way to do that is to investigate a library to drive them. The neopixel library at adafruit is popular, but I prefer fastLED, which has a very active online community of helpful people (sound familiar?).

All of the software is free and there are tons of examples that you can easily upload to your hardware to test things out. Yes you’ll have to get the hang of some coding at some point, but take this very simple example, blinking an LED:

The meat of the code is here -

So you upload this, it makes an LED blink. (this is surprisingly satisfying the first time you do it, trust me) Huh, ok, what if you want to make it blink faster? Just shorten the delays (in thousandths of a second), so now it looks like:
delay(500);

And now you’ve increased your blink speed to be every half second. If all of this intrigues you, your brain will click at some point and you’ll be like ok what else can I do with an LED and other sensors…? and you’ll be off and running. You can make a motion sensor that turns on an LED, then you’re like wait I want it to beep when it detects motion, so you grab the buzzer and the motion sensor and dig in to how to do those. Also illustrated with clear examples.

So yeah, don’t think it’s outside of your abilities, it’s all really well documented and fun.

and you’ll be off and running.

I don"t doubt that I could (and probably should ) have started small with blinking LEDs; But am already drowning in a Promega quad that I thought had WiFi built in but apparently not and I am reading that an Arduino with Octopi would solve that issue and manage the printer as well but of course add another layer while I am over my head in the first layer. And while everything is opensource it is like Blender or Gimp in not being noob friendly with the added confusion of “stuff” that is also confusing as to what it is or how any part of it works.

Add in the recent cataract (giant waterfall?) surgery and the resulting semi-blindness and the frusturation is considerable.

I can’t really think of how I’d really use them, but I want one just becasue lol.

I have had this mindset more times than I’d care to admit. Sometimes I fall for my own false logic…but, fortunately, most times I am able to resist. At least until I figure out a use first.