So I got a 3D printer to start playing with alongside the UrForge (3D Printer is, as of yet, unnamed) and for my first “big” print (7.5 hours) I made a Starcraft Orbital Command (Human Base) model. Those of you who have fought the Zerg and Protoss will appreciate this.

It’s got pretty good detail and needed tons of weeding, and (since I’m new to this) I managed to break off 3 important bits while cleaning it up. One was big enough to hold while supergluing it back on, but the other two are tiny little fiddly bits, and my fat fingers couldn’t hold them well enough. Same for tweezers; they kept popping out.

UrForge for the win. I threw together a design for a tiny clamp that was big enough for me to hold but with jaws tiny enough to hold the broken antenna and (worse) radar dish base. 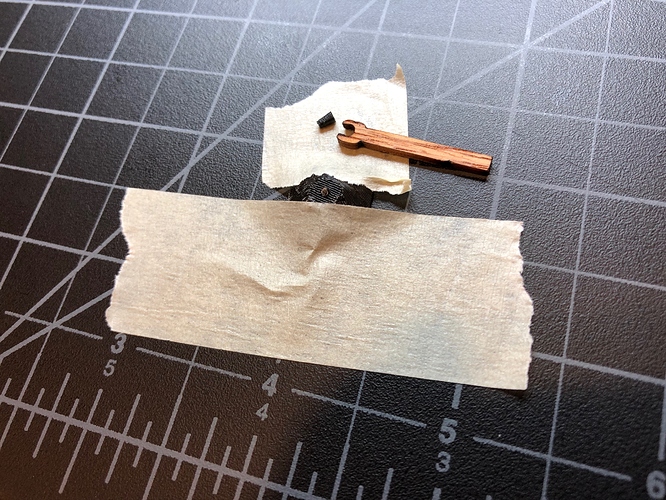 That little black dot is the radar disk base. 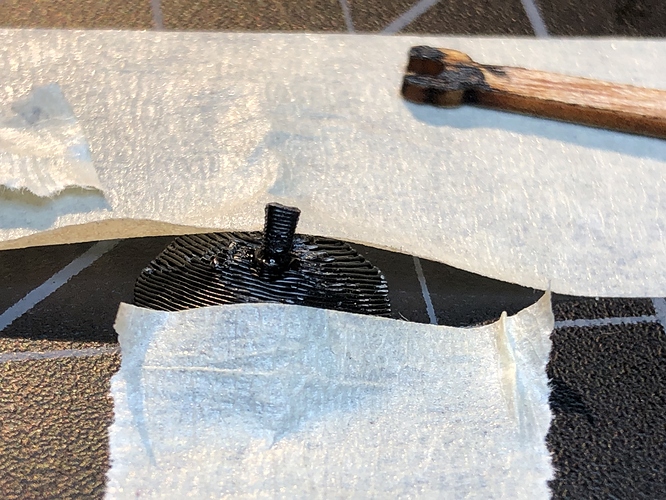 Base reattached to the taped-down dish. 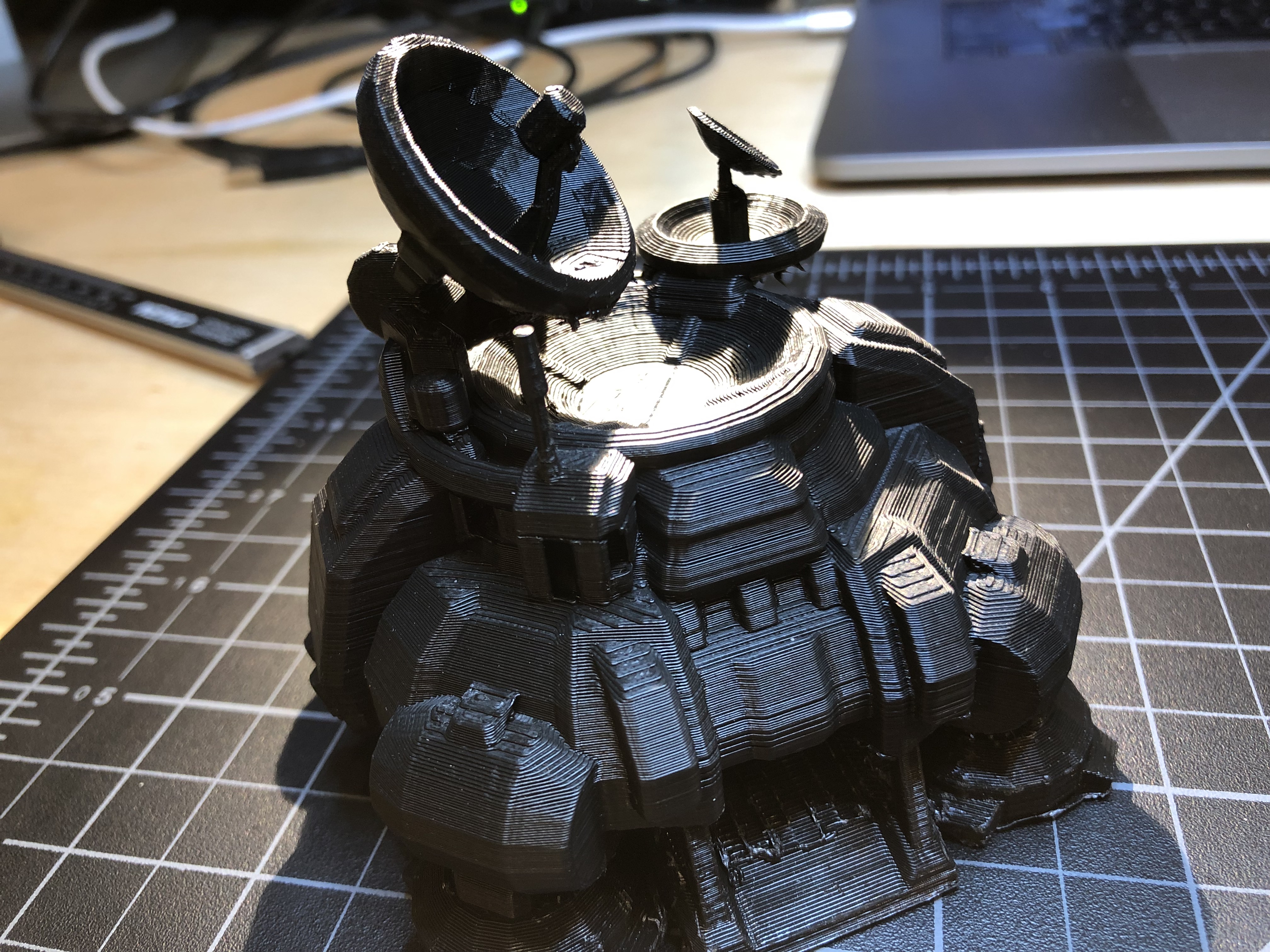 And this is the fixed model. Used the tiny clamp to also fix the antenna which is in the front there but the shadows are hiding it. The little dish in the back clearly shows how very very fiddly this was.

So, a ridiculous but fun save.

not to undermine your accomplishment with the glowforge, but get some blue tac you can use the stuff as a temp clamp to hold tiny pieces together while the super glue dries, or until you can get some of the accelerator to kick off the super glue, its an old trick used by model makers around the world. That or you can use a hot glue gun to make a temp hold to help the super glue dry (just like with the blue tac) and then use alcohol to release the superglue…

Awesome tips and I’m gonna try them! I still think that the mini-clamp would be needed as it wasn’t really “clamping” anything down, it was more allowing me to pick up and position the piece. So a better name would be “mini-fingers”, I guess.

I have found I use these tweezers for several of my crafts …
https://www.amazon.com/gp/product/B007WDVT9Y/ref=ox_sc_act_title_1?smid=A2FVWI1N0THHUF&th=1
Allows you to grip it … and then it stays put until you squeeze the handle again.