Had pulled together a USA map for cutting, and managed to have an interesting effect happen. I think I’ve heard this brought up elsewhere in the forums. I brought in the svg file, and in glow forge changed the setting from engrave to cut. It ended up doing a double cut of the map, making a wooden outline shape in addition to the cut proof grade piece. 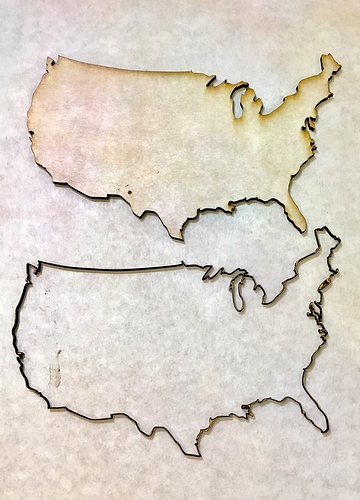 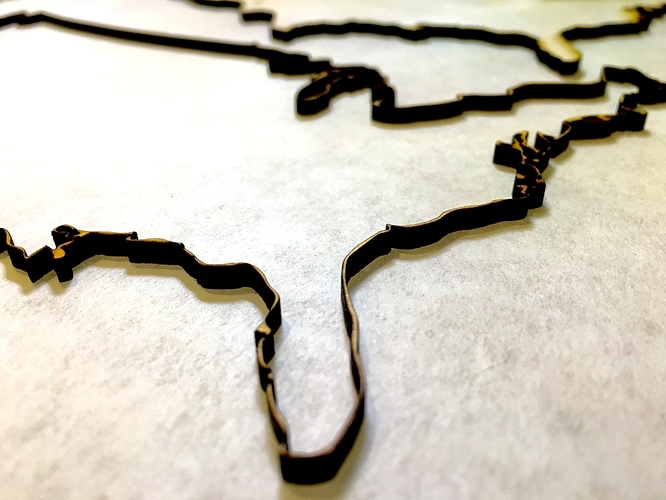 This would be great for further photography usage or creating an illustration.

This is so fantastic!

that actually is so dang cool. fill it with resin and put led’s behind it.

Did you trace a map? If so, it traced the inside and outside of the line. One way to ensure that the file doesn’t have extra cut lines is to go to outline mode. So you break apart that line and delete the inner, or out line as you wish. It might change the actual outline of the states though since the correct boundary is in the middle of the two.

Though, it is pretty cool how thin a section you can cut.

I’ve been blown away at how fine a cut you can make with the Glowforge.

That would be great idea. I think you’d have to reinforce from the outside (maybe put back into the cutout) so it doesn’t lose its shape from the resin.

By the way, that it brought in as an engrave was the clue that you had a filled, closed vector shape. I imagine it would have been an outline of the US rather than a full engrave of the entire shape.

Did someone say thin?

I think this is about a kerf wide, in 1/8 Baltic birch ply non PG. 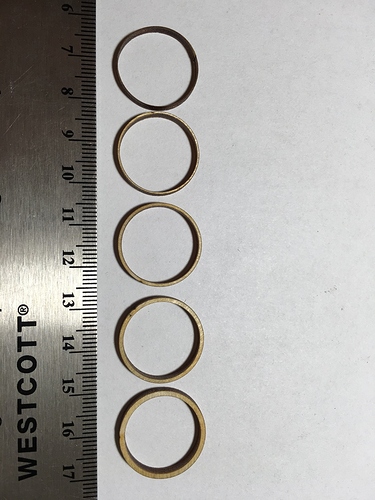 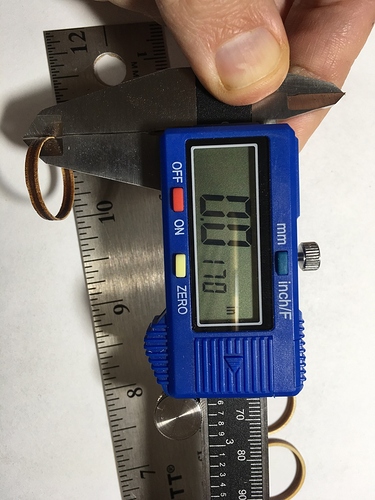 The trick is to cut al the insides first, then cut all the outsides. That way you aren’t cutting two strokes right next to each other in a row. This gives the wood a second to cool down and prevents total incineration.

I had grabbed an internet map icon. it had no fill on the inside and outside which I think is why the double trace, vs if the inside had been filled with say white.

This would be great for further photography usage or creating an illustration.

This could have been avoided by manually filling in the outline and then creating the vector and making the fill none, and the outline a color in order to get a cut line, but I’m so glad you didn’t do it that way! You got two cool projects for the price of one! With people being so artsy these days, I bet you could make a really cool collage board out of this. My idea would be to just place this on a pre-crafted (or glowforge crafted) cork board, and then you could fill it with pins that are also pre-crafted (or glowforge crafted) and hang pictures, knick knacks etc. onto it. America inspired anything is a hot seller

What a cool test! Was the thinnest basically a cinder?

Nope, it’s a pretty viable strip of 1/8" plywood. Kinda springy, but I gotta think it’ll snap if I push it too hard.

Let’s see if I can get a better pic… switching to iphone, one sec. I’ll update this post. 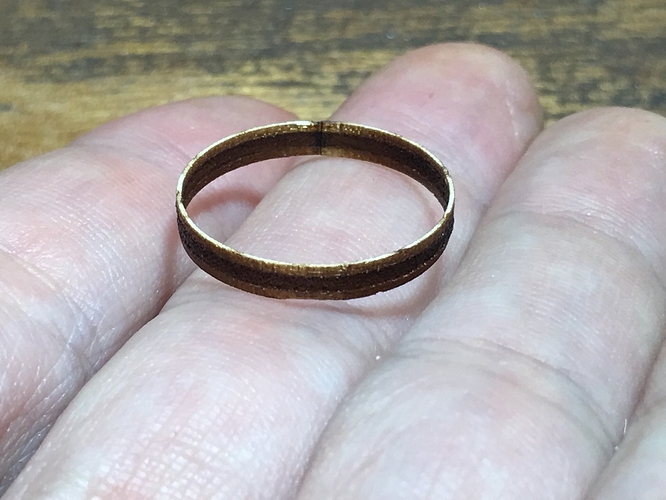 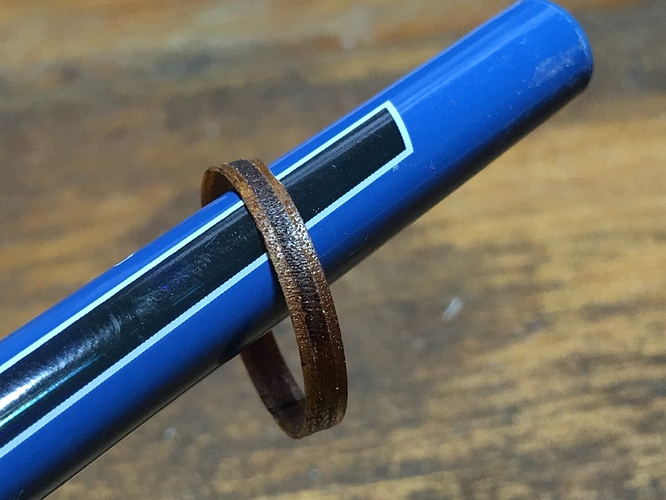 That’s incredible! Think about the wood layering that could be done. It’s basically making your own veneers, but can be in a shape.

Darkened a bit but still viable. I tried to capture that side shot of it in the picture posted. You could pick it up and generally handle it gingerly.

This is awesome, very nice work (however, as an Alaskan, I’d like to point out you left a couple of states out).