Here in Washington state recreational pot is legal. One problem with vaping cartridges is they have no labels (too small and they get hot while in use). After we got 2 or 3 we’d end up asking each other “Which one is this again?”. They also should be stored upright.

We got frustrated enough to come up with a really simple box to organize the cartridges and keep them upright. My wife is a former graphic designer so she put our idea into design really quickly (only needed 1 trial before a final design).

The box is maple plywood. Assembles in 30 seconds. It’s perfectly stable on its own but we also glued the bottom tabs into the slots to make it super solid. The top we left removable in case a cartridge falls inside. We’ve had a bunch of friends get excited so we added numbers to the tab/slot pairs to make it brain-dead easy to put together.

Already working on getting it up on Etsy! 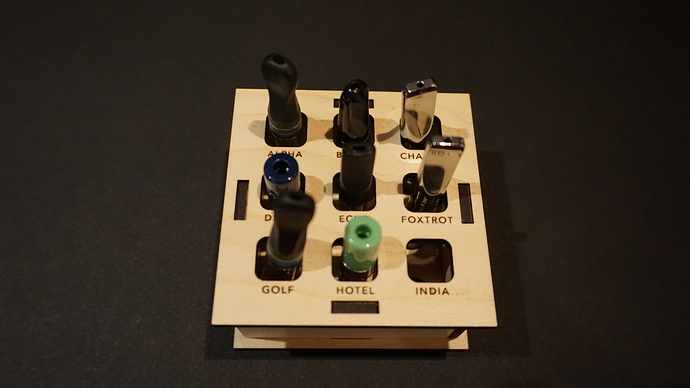 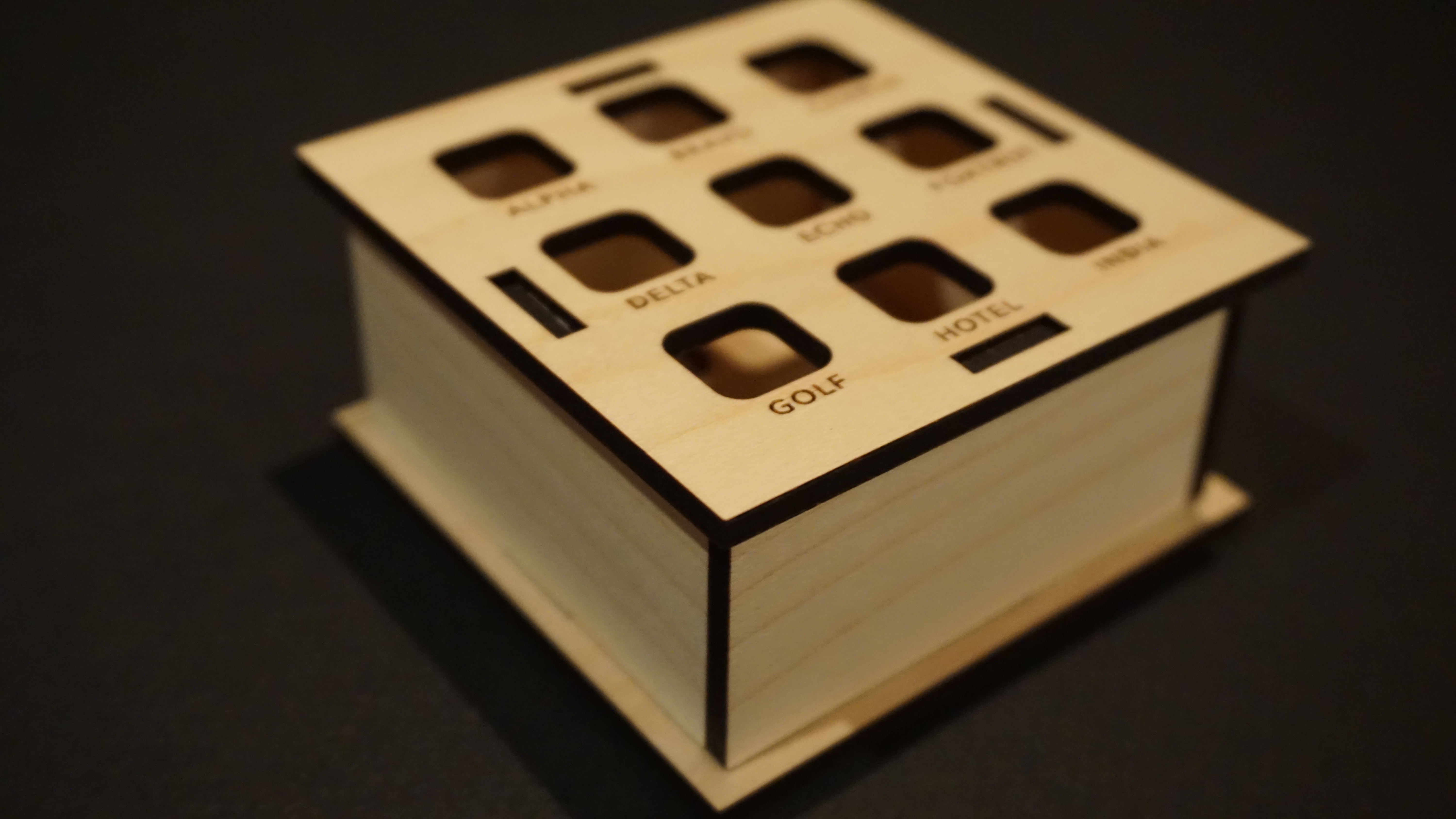 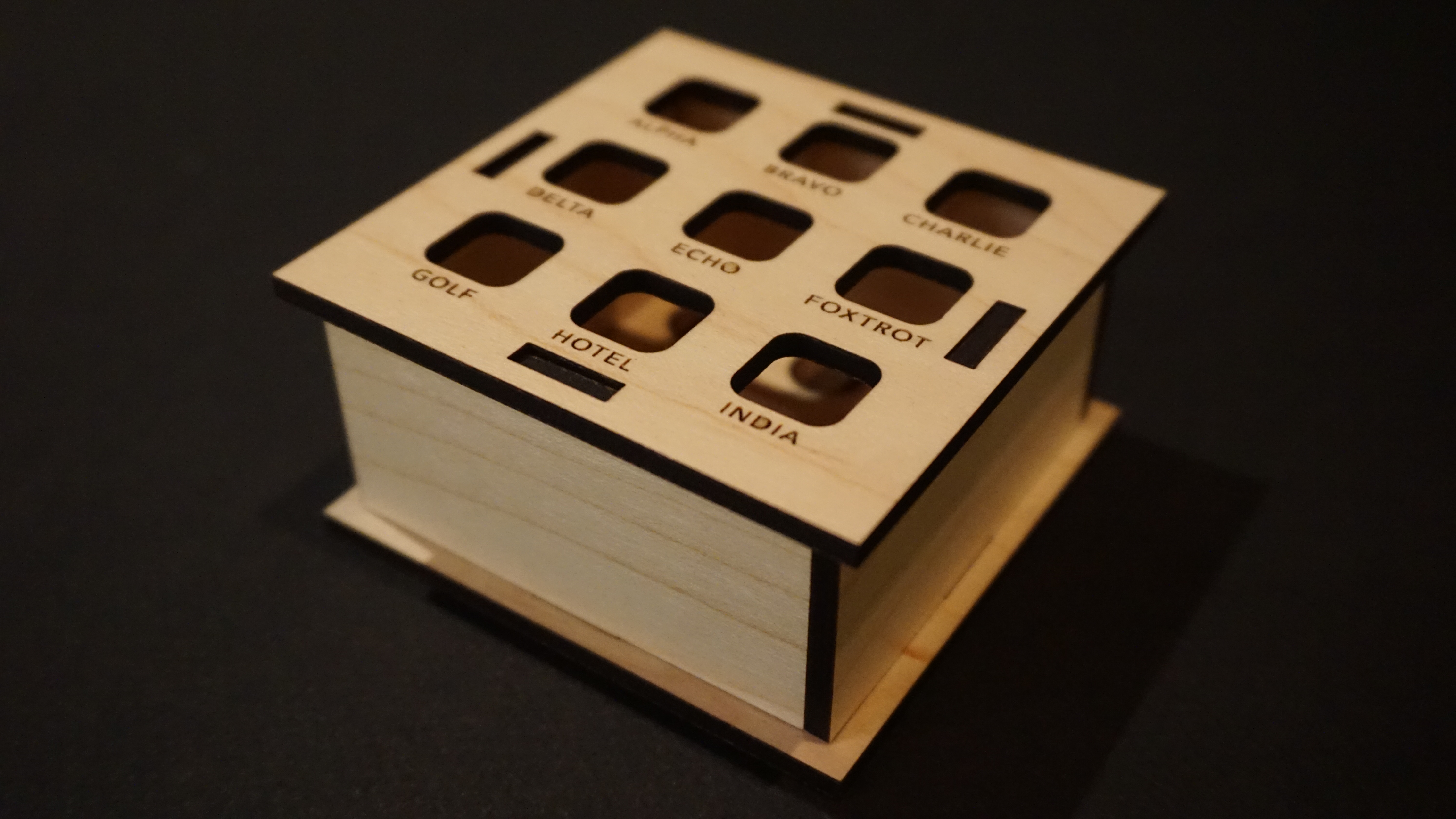 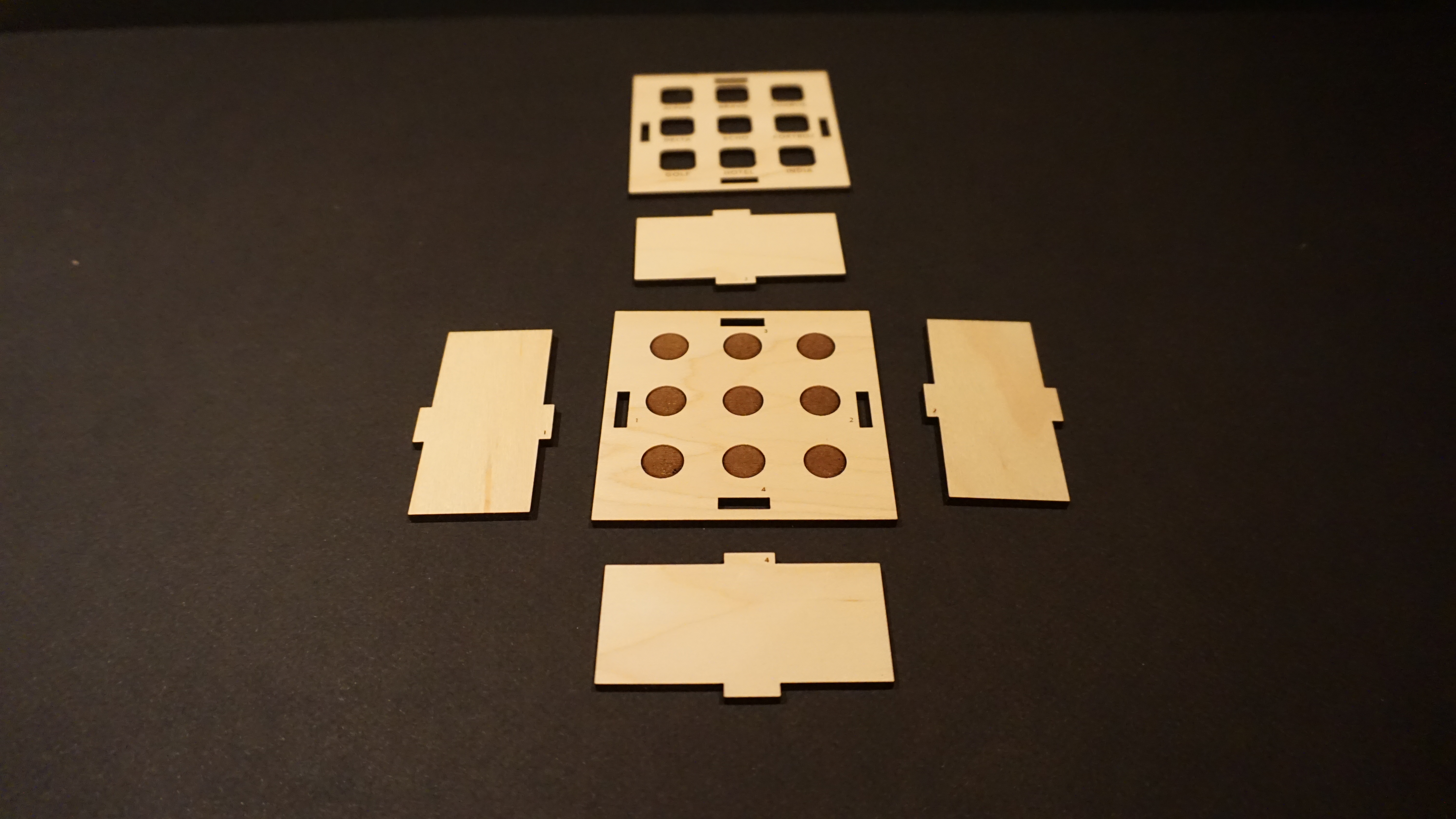 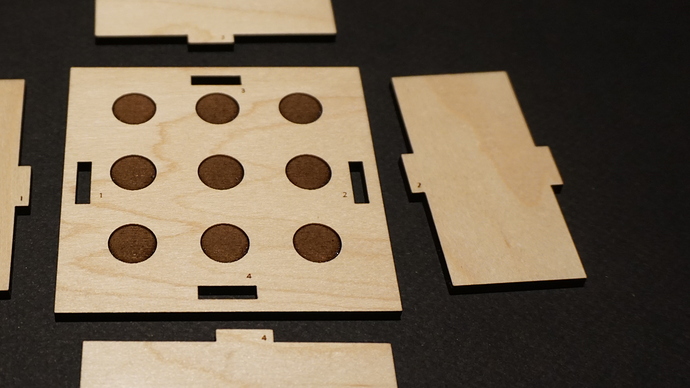 But how do you remember what flavor foxtrot is??

I assume you have a key??
Nice, simple and totally functional.

Yes, forgot to mention that (I took the pictures beforehand).

I created a really small table in Excel that fits one of the sides (using A, B, C… for the phonetic versions). Print it out, tape it on, then write down what each one is.

I highly admire this.

Nice box! Would work for anything that you needed to stand upright.

If anyone is interested, we now have it available for purchase: 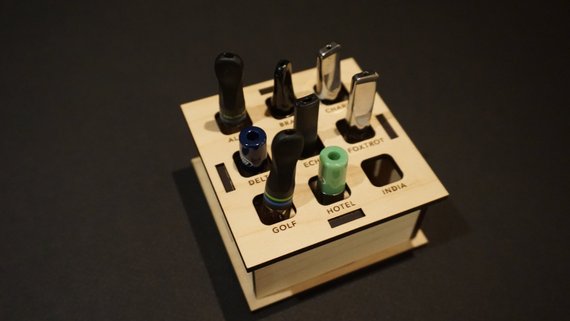 Tired of having to keep track of which cartridge is which? This easy-to-assemble wood storage box keeps up to 9 cartridges easily organized and upright for storage. Each slot is labeled for easy reference. Box is laser-cut maple. Pieces are numbered...

I just had someone request a version with D&D alignments for the grid labels (lawful good, lawful neutral, chaotic good, etc.)