In case people are getting tired of my twisted-crest designs, I thought I would share this recent pop up: 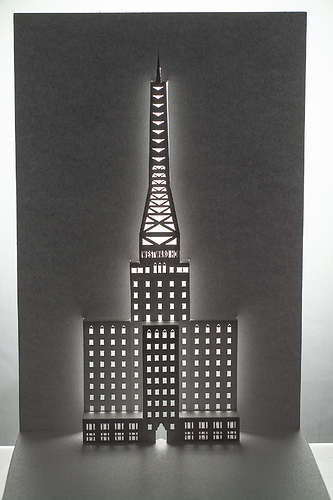 I’ve been thinking about doing a local building or two for awhile. Talking to someone I know on the local Preservation board, I settled on the Westward Ho building in downtown Phoenix.

The Westward Ho is a landmark of downtown Phoenix. The hotel with office space and restaurants was built in 1928 and, remained the tallest building in Arizona until 1960. The steel tower and antenna were added in 1949 to broadcast the first television station in Phoenix. The building was converted to housing for the elderly and mobility-impaired in 1980.

Other people’s photos of the real building for comparison: 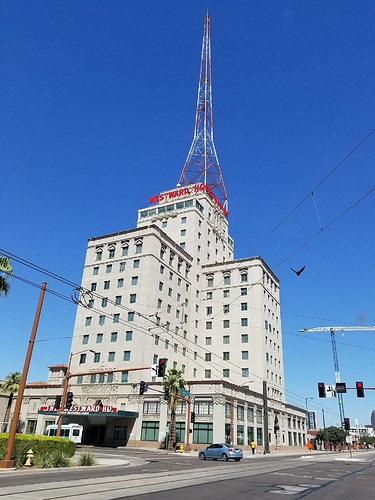 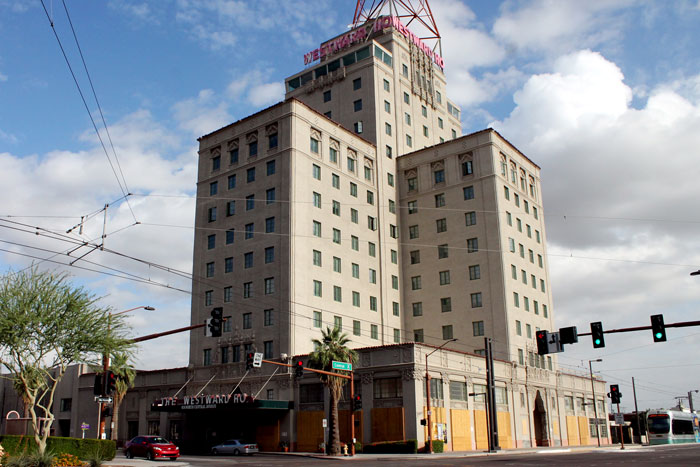 This was also fun Glowforge experiment. The text, lower windows and arches over the upper windows are engraved while everything else is vector cut. The rectangular windows lose some sharpness on the corners but, it saves a lot of time over engraving them.

Keeping the smoke and char off light-colored stock is also a challenge. Some of it goes with a light wipe down. Again, engraving everything would help but, at the cost of turning a 7 minute job into an hour+.

Kirigami is the best. I did a bunch of it with my cricut back in the day.

The Empire model on this page is a similar concept, slightly different implementation.

Fantastic old school building, is it currently boarded up like that. Crying shame when that happens!

Yes! I considered doing it in that style. A lot of buildings work both ways, depending on what details you want to convey.

Here is Another take on the Empire State Building from Masahiro Chatani (who pioneered this sort of architectural kirigami): 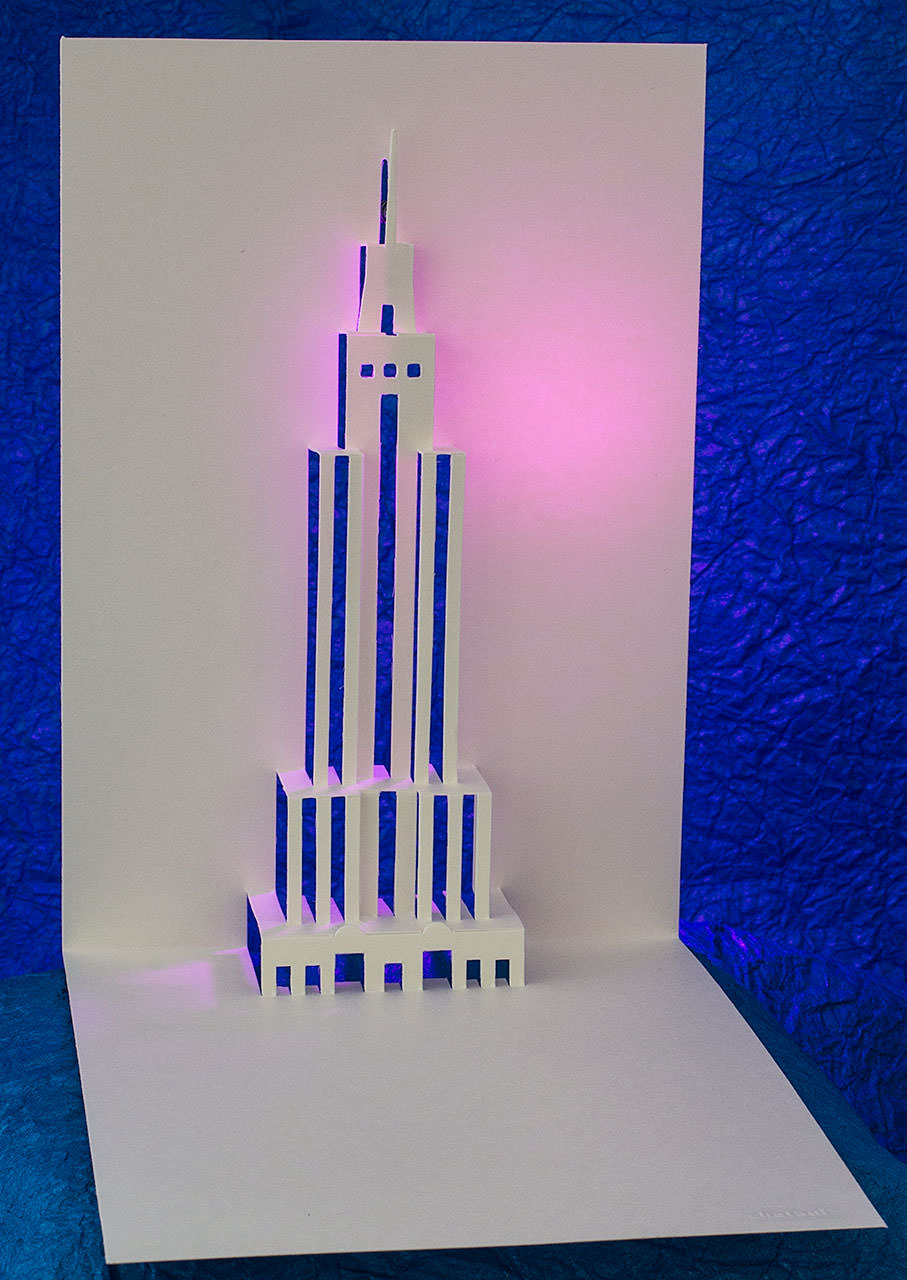 A pop up card of this world-famous New York landmark makes a wonderful souvenir or gift card for a birthday or any occasion.

I don’t think so. I haven’t been by there in a few months. It is currently low-income housing but, they just did $18M in restoration work.

Brush the edges of the paper with a q-tip dipped in bleach. That will take all the char. Works for white paper, anyway.

I remember seeing someone (probably you) mention that in another thread but, haven’t tried it, yet. I mostly haven’t been doing a lot of stuff in white or light-colored stock recently.

I wonder if that would cause any issues with the long-term stability of the paper.