So, this is a first for me… I used the GF to make a display for something that I made with the GF!

I wanted to be able to show off the maze and the cover simultaneously. I designed it so I can see both, but it overlaps to show that the lid is a lid. The maze itself sits in a hole with recessed tabs to hold it at the right level, while the lid sits on a lip on the front.
I don’t usually like putting show logos on stands, but I made an exception, since the title of the show is a place within the show. I decided to make it as if this were a display in Arnold’s office before it was buried. Under the lid is the old-era WW logo with the Shakespeare quote and “The maze wasn’t made for you” repeated around the circle. And the top tab behind the maze has the Delos logo, but neither are visible with the display in place, so as to keep it cleaner. 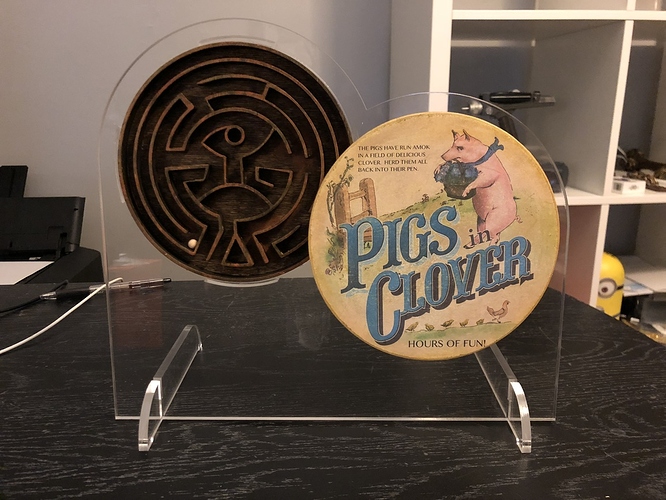 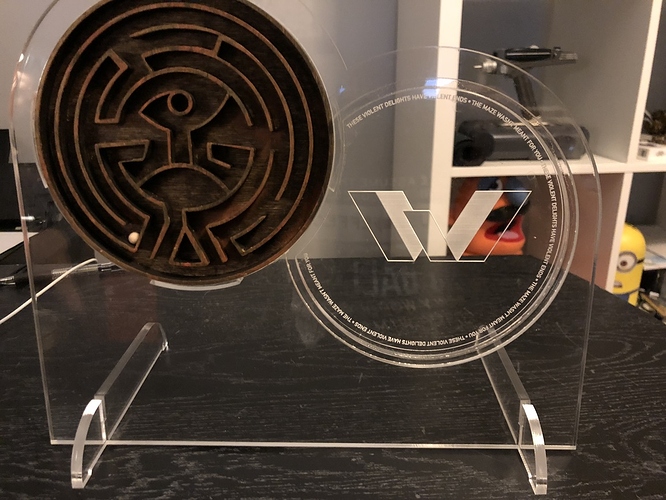 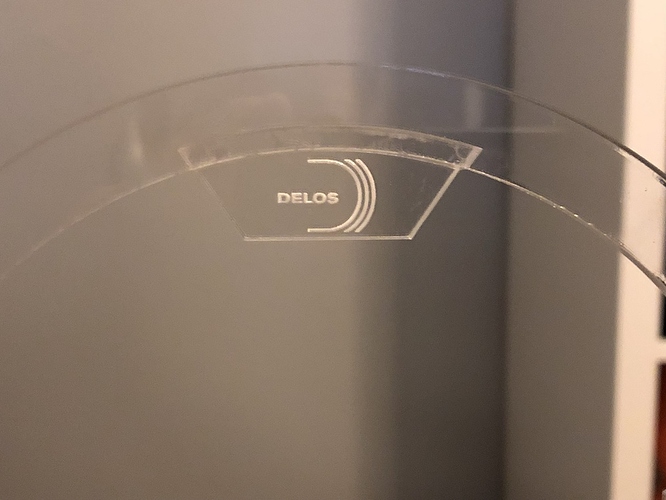 neither are visible with the display in place

They are revealed, that gives the exploration of it an Easter egg.

I also do not like using the names of shows in things from those shows. It ruins the illusion that the thing is real. But using the Westworld logo as seen in the show is totally cool. Your exhibit could be in a Delos office building, or in a Westworld visitor center.

I remember the Pigs In Clover maze, wonderful item. The stand complements it perfectly!

Such a great job it made me freeze all motor functions!

2 Likes
The maze is not meant for you