What better to discuss for Halloween than scary movies

I saw “The Conjuring” recently and @Jules saw the “The Shining” yesterday.
A friend of mine saw “The Nun” and enjoyed it.

“The Conjuring” was the freak you out, paranormal type of scary.
I would say it was probably a 3 on the freaky scale, I slept just fine.

Here’s my scale for freaky/scary, I saw the original “Exorcist” when I was around 10 years old.

What is your favorite scary movie?

What is your favorite scary movie?

“Favorite” and “scary movie” are incompatible concepts in my world. I’ve never understood the attraction. I don’t even watch the NEWS, for crying out loud!

My philosophy of movies is that I can have bad experiences for free. If I’m going to PAY for an emotional experience, I want it to be a good one. (It’s okay if the middle part gets rough, as long as it all ends well.)

Strangely, I love Stephen King’s books. They generally end well. AND, more importantly, I can control the extent of the visual imagery, rather than having it forced upon me by a movie producer. So I can read them without too much emotional trauma, but I can’t WATCH them.

Ooooooh…that’s a tough one. I loathe slasher films…splashing gore all over the place is just a lazy way to rack up cheap disgust thrills. No plot.

I’m a fan of creature features. Bees, ants, crocs, snakes, anything nature run amok. Guess those are considered more SciFi though. (Does Jurassic Park count as scary? Maybe not.)

Suspense is good…the “Final Destination” series cause me nightmares.

The Witch (aka The VVitch) was outstanding. The language should have been its own character.

As with all scary movies don’t read anything if you can help it. Surprises are key.

IMDb, warning spoilers are in here… don’t scroll down if you don’t want that. 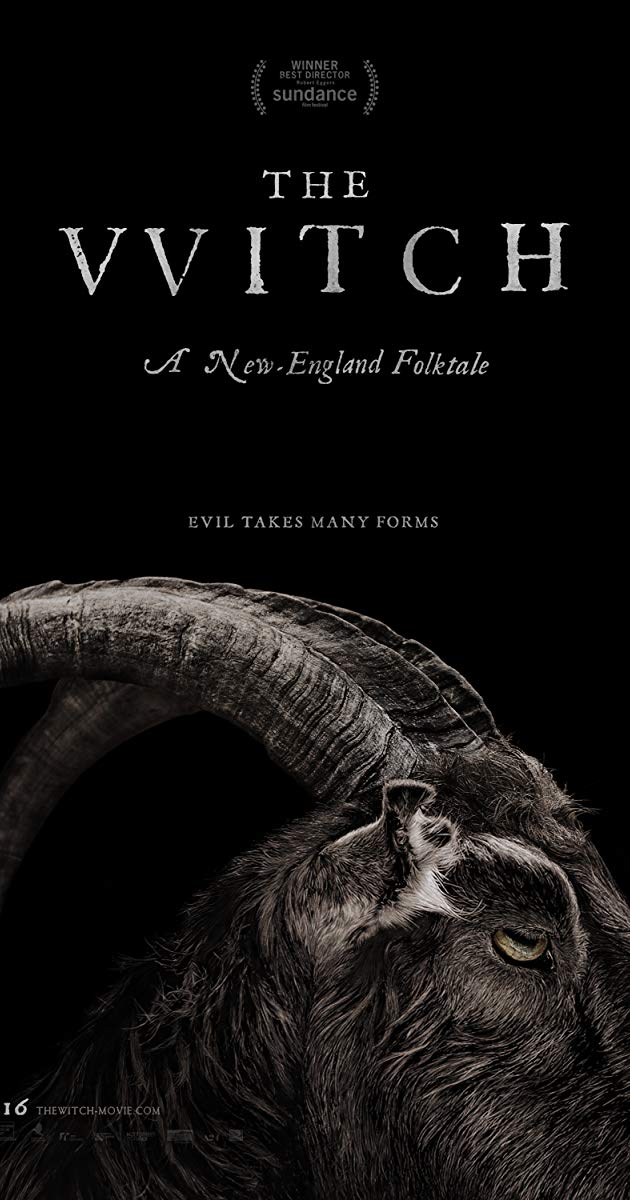 I tend to be a classics fan… and “The Dead of Night” (1945) is among my favorites–not super scary, but an enjoyable set of stories (and can tell other movies/shows took inspiration from it). More modern ones: The original “The Ring”–the Japanese version is one I don’t need to see again. Spooked enough the first time. “Darkness” (2002) is pretty good, too.

But “The Babadook” is worth watching!

And “Shadow of the Vampire” is great–not scary per se, but really fun.

And recently watched a 2016 South Korean film “The Wailing” --lots of creepy stuff & suspense & is not predictable and characters are realistic.

Was years before I watched “The Shining”–the movie couldn’t even come close to being as scary as the book was! (as well as I’m not a fan of JN).

Yeah, i saw “The Babadook”…good suspense on that one. “The Ring” too…although that one was a little less memorable.

I had more fun watching those than getting scared. For me it was more of a how well can I predict what would happen.

I saw the remake of “IT” recently", I can see how a book would be more engaging with the imagination. I think there’s going to be a sequel to the movie coming out Sept 2019.

The Witch (aka The VVitch) was outstanding

The original “The Ring”–the Japanese version

Definitely a good one, The American adaptation was disappointing.

True, The Ring less memorable–but at least the original was better than the US version (even with it being filmed in Seattle/Puget Sound area…).

Well, I only saw the American made version…maybe it wasn’t up to snuff.

Oh, must see the Japanese version! They do creepy really, really well. And concept the same, but other differences that the US version wasn’t just a copy.

For some reason I find movies (and books too) to be very scary when they feature women being stalked. Like The Pelican Brief.

They do creepy really, really well

I love the ringtone that was used, They really do creepy well. They also do demented/psycho extremely well. “The Audition” is one movie I won’t forget. Be warned that it is not for the faint of heart. It’s pretty disturbing.

I’m actually open to most scary movies (bug me less than romantic movies), so I will have to come back here for more suggestions.

when they feature women being stalked. 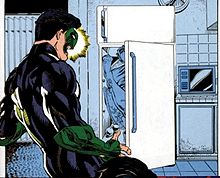 Women in Refrigerators (or WiR) is a website created in 1999 by a group of feminist comic book fans that lists examples of the comic book trope whereby female characters are injured, raped, killed, or depowered (an event colloquially known as fridging) as a plot device, and seeks to analyze why these plot devices are used disproportionately on female characters. The term "Women in Refrigerators" was coined by writer Gail Simone as a name for the website in early 1999 during online discussions ...

That being said Cape Fear is a classic in that genre.

Cabin in the Woods is pretty good too, even if it’s half satire.

The Vanishing is a classic.

Okay…the few that stick in my mind:

Carrie - the original.
Pet Sematery - Only seen it once. It was enough.
Silence of the Lambs, Red Dragon, Hannibal - Excellent psychological thrillers all.
Mindhunters - Surprisingly enjoyable.
The Fury - Old school but they did it best.
The Initiation of Sara - the original.
Embrace of the Vampire - 1995 version. I think there was a remake. Not safe for kids.
Suspiria - might have to rewatch that one.

Not too many scary/horror movies that I haven’t seen. Enjoyed none of them any more than a well scripted story. Apparently my brain chemistry doesn’t work that way.

If you like Cape Fear, decent odds of liking Double Jeopardy.

Most “scary” movies do nothing for me. Once in a while a psychological Thriller will get under my skin.
One I have not seen mentioned yet is Jacob’s Ladder.
For some reason this one got very under my skin.