Working on a project, and realized that whatever my dog’s light-up dog collar is made from would be perfect for the lighting effect I want here. It might also be another way to fake neon-tube style lighting. 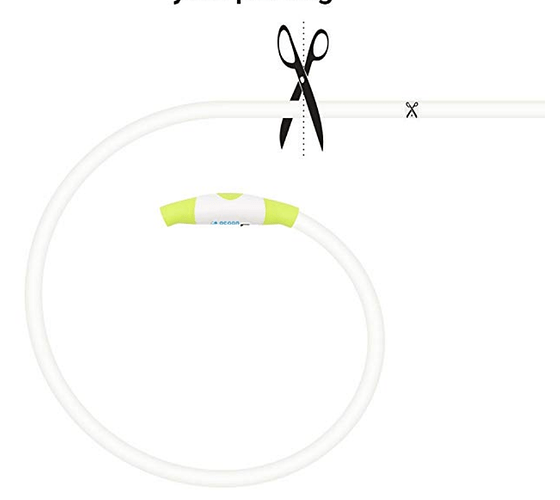 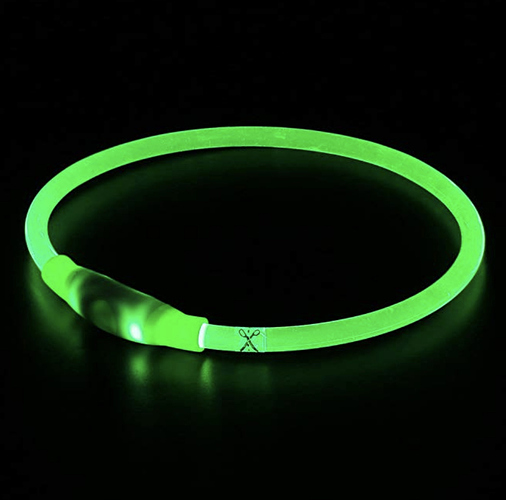 The one small LED makes the whole thing glow. It’s essentially an edge-lit, solid, flexible tube. Product pages just say “silicon tube”, but I’m not seeing anything similar looking when I search. I could get away with buying several dog collars, but I would rather just buy a roll of the material not be limited by the LED/Battery component of the collar.

If someone has a keyword to search with other than “solid silicon tube”, or even better a source for this material, I would love to know.

i don’t know what that’s called, but i’ll be watching here to see if someone else figures it out. that looks useful.

According to their website it is some sort of Thermoplastic Polyurethane (TPU) tubing.

@MechanicalGoose hey hey, you put me onto the right track. Searching the material name string from bseen “TPU fabric led tube guilding” (guilding?) brought me to a page from a company that touted using Elastollan® material for their “LED Optical Waveguide”.

Searching google for LED Optical Waveguide brought up some hits, like this one. 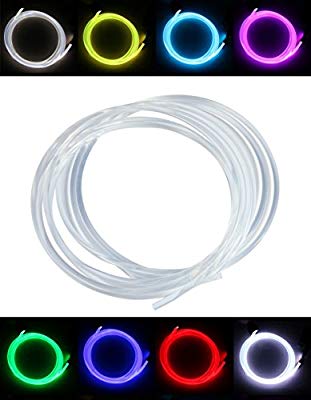 I think that’s the stuff. Now to find it in large spools for a better price!

Cool!
Hey man, please let us know of your results for that stuff! Great Idea!

Does this need to be flexible? You can buy solid acrylic rods and heat/bend however you need it.

Years ago when I last bought some, it was called “white core light pipe” ( see: https://www.sparkfun.com/search/retired_products?term=light+pipe ), but today there’s so many other options I can’t find that same stuff for sale anywhere.

The “side glow” ones are often frosted to get the effect, which you could do with the crystal clear by sanding them. The ones with the white core would light up throughout but stay clear (except for the white strip down the middle of the tube). These were great for blending between different colored LEDs at each end.

For this particular project it needs to be flexible for assembly.

I’ll keep an eye on this thread, I’ve tried to make fake neon signs with EL Wire but I don’t like the results. Light intensity is pretty weak.

If someone has a keyword to search with other than “solid silicon tube”, or even better a source for this material, I would love to know.

They sell this at Adafruit:

hmm. that is not the same thing… but thanks for pointing it out! it would probably work even better for faking a neon sign. The stuff I’m looking at is strictly edge-lit from one or both ends, and has no electronics/wires inside the solid tube.

That stuff is great, but it’s deeper than you’d think from the pictures, so you’d want to route out your design I’d think. Super bright and good quality. 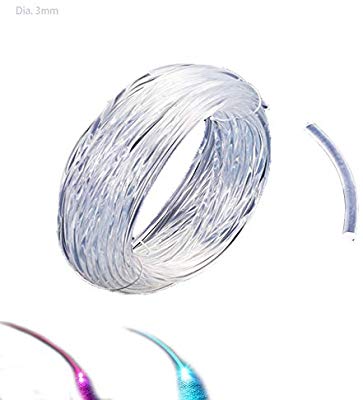 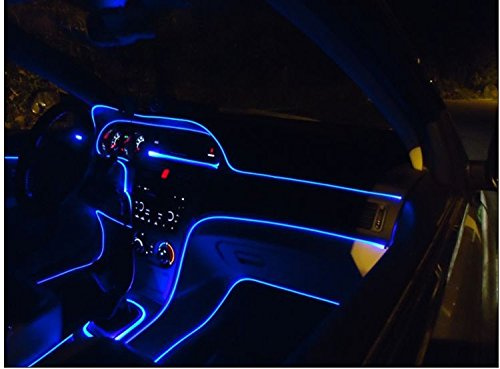 Nice! That looks like a thinner version of the same thing. Good to know it’s available in another size.