A very interesting link to gauge the weight of what you are buying so you have an idea of how heavy the package would be. 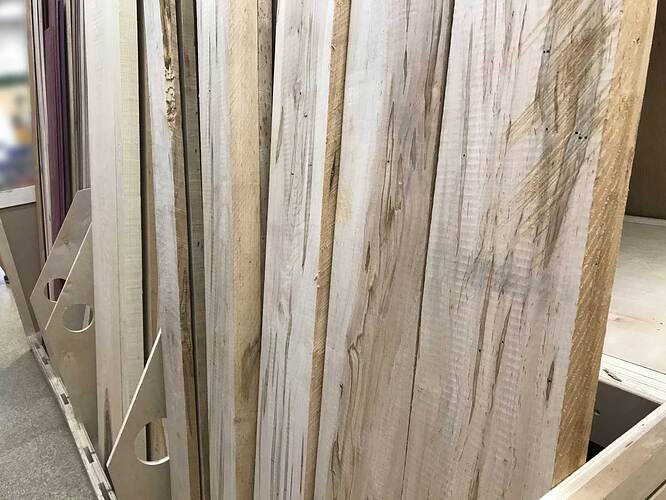 Calculate the weight of lumber and hardwood given the size of the boards or the volume of wood in board feet. How to Estimate How Much Wood Weighs The

I did buy some acrylic some years back but did not realize it would take 4 people to carry a sheet of it. The Baltic Birch I just purchased is supposed to be a bit under 30 pounds but feels like a lot more.

Huh - even just in a single sheet of basswood vs red oak - the oak is 3x as heavy. That’ll add up quickly!

Closer to 2x as heavy depending on specifics, sometimes the center is Basswood sometimes Poplar but those are in the same range

There can be a significant variation even in quality materials designed for the laser (like Proofgrade).

I posted some numbers here several years ago. There was something like 15% variation between two “identical” sheets of proofgrade.

They do give a range for oak of 0.6 – 0.9 but I would guess that the upper range would not be red (swamp) oak. There is a very interesting story about the Marie Celeste. That it was carrying alcohol in oak barrels but some of the barrels were red oak that leaked through the pores (the white oak being watertight) in the red oak and the ship was abandoned very quickly in fear of fire from the loose alcohol. that the ship was found abandoned later may have shown the fear unfounded, but in the moment, such a fear could be very compelling.

Not for Red, which is why I specified 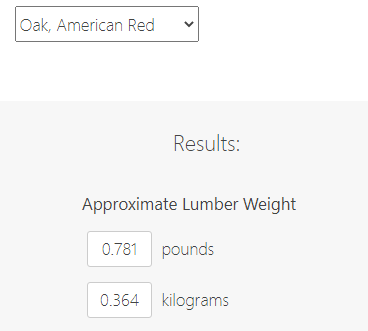