I wanted to try making a wooden slide rule. I wrote a program to draw the rules and used a three ply construction to capture the slide.

My first attempt is not a complete success: the ticks are too dense at some points to be useful, the assembly is fiddly, and my first idea of just using registration pins and glue didn’t work out (I ended up using wood screws through the registration holes). There isn’t a cursor yet. Maybe a box-style construction would be better. 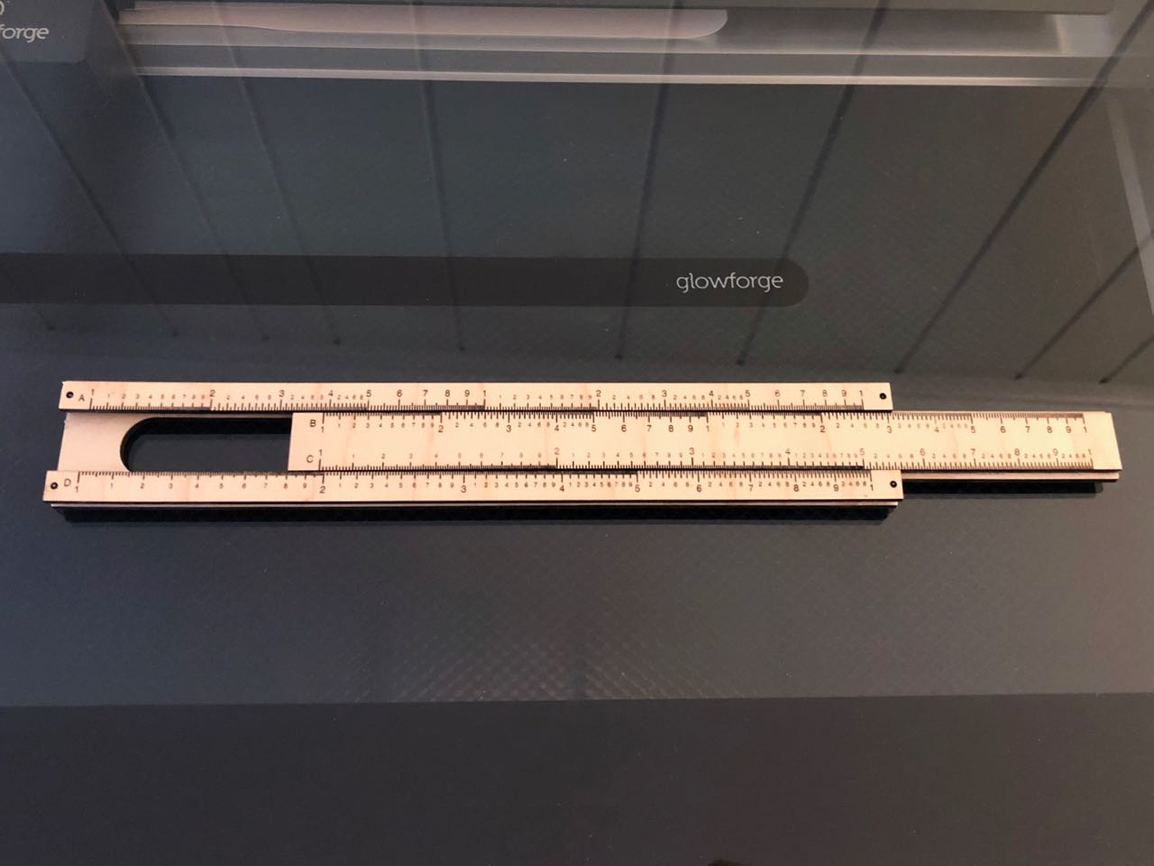 I wonder what percentage of the GF folk even know what a slide rule is and does!!!

It is an amazing tool, fond memories using them in chemistry and physics many years (to the fourth power) ago!

Thought a little about how to do the same thing. You went much further than I did and it turned out purty darn good.

Have a small collection of slide rules. Maybe a couple dozen. Not because I collect things, but because I enjoy fiddling with the past as much as the future.

What would be great would be a circular slide rule with acrylic slider.

Nice job and very interesting project! I wish I had kept all my slide rules I had growing up (including the circular one)

the ticks are too dense at some points to be useful,

Are the ticks engraved or scored? If scored, lowering the power & increasing the speed might help.

Something along these lines? 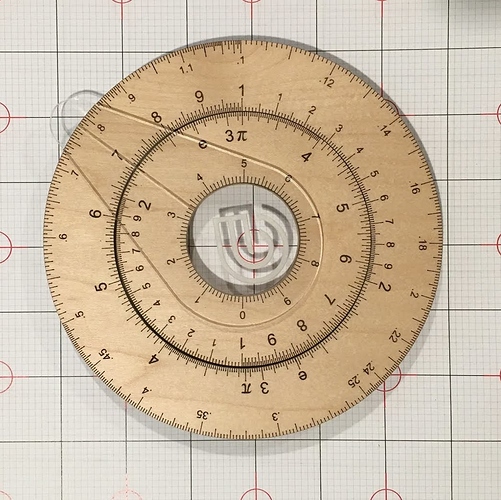 I wonder what percentage of the GF folk even know what a slide rule is and does!

I have one in a drawer someplace, including instructions on how to use it. Though I never learned to do anything but add. In 1995 when I took the architects licensing exam, it was still listed on the allowable tools to bring to the testing center.

I actually began with the intention of doing a circular sliderule, but switched over half way. I have a program to generate circular slides as well. There is an Instructable for an acrylic circular sliderule design that uses a three ply sandwich, no extra pivot necessary.

The ticks are scores, using the Proofgrade Hugh quality setting. Numbers are engraved.

I had one a long time ago in a galaxy far far away. Great job

allowable tools to bring to the testing center

That is interesting!!! I had a cheap plastic one, but my brother had one of the high end bamboo ones with every conceivable scale included.

In case anyone wants to try this, here’s my latest revision, which changes some of the scale changeover points to reduce stroke density and adds a CI scale. It needs to be run through Inkscape or Illustrator to convert the text to paths before cutting. Ideas for better mounting strategies would be welcome.

Here’s my attempt at a circular version, intended for use as a medical dosage calculator. Three ply construction, but there is too much overlap on the center ply ridge, there is quite a lot of friction. Will have to try again. 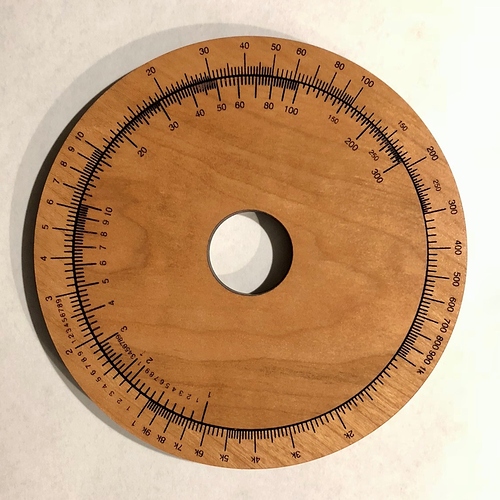